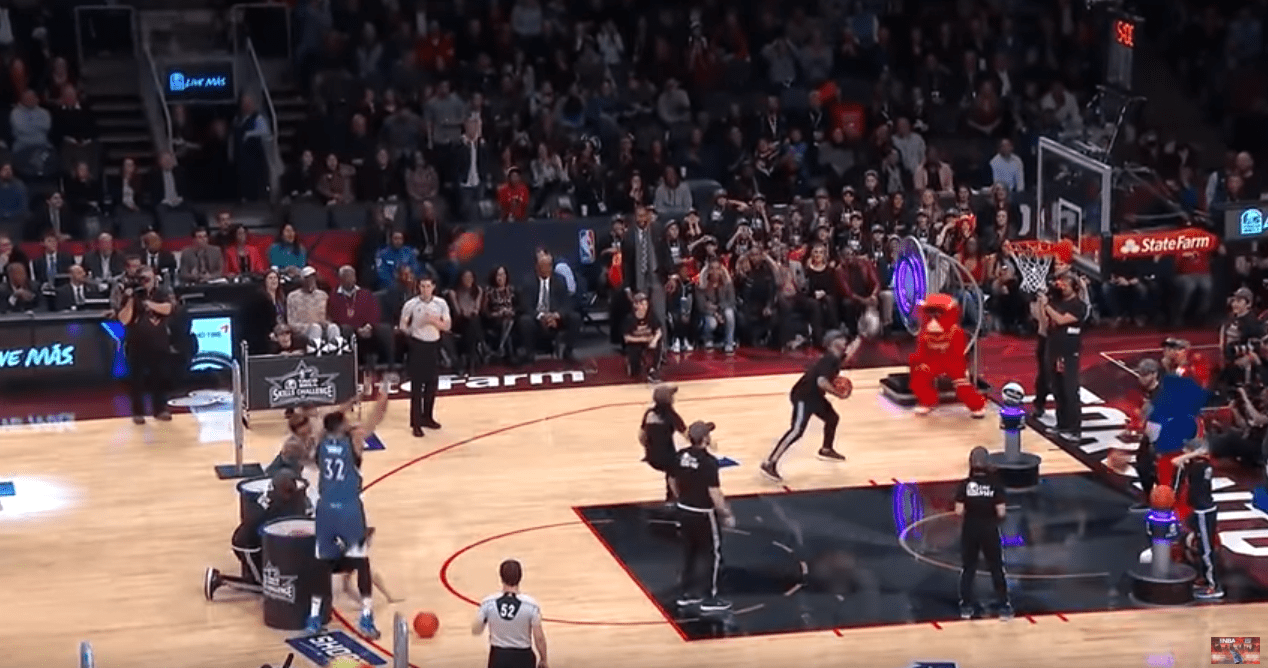 This was the best Saturday night in NBA All-Star Weekend history!

Saturday night, for all its ups and downs, is the best night of All-Star weekend, even better than the actual game itself. The Skills Challenge is the beginning of basketball’s most fun night, and this one was a thriller, of mice and men.

A staple of the NBA All-Star weekend since being introduced in 2003, the Skills Challenge has featured some of the league’s most accomplished guards and wings, with past champions including Jason Kidd, Steve Nash, Dwyane Wade and Stephen Curry.

The event consists of an obstacle course designed to test dribbling, passing, and shooting ability, including one from beyond the arc. Until this year, the closest thing to a big man participating was Giannis Antetokounmpo in the 2014 edition. But now, the league’s most versatile power forwards and centers finally get a chance to prove their skills.

Notice the names of many big men, something this particular exercise hasn’t seen in previous years. Within a field of fast feet mice and nimble giants, the Challenge of Skills did not disappoint.

Isaiah Thomas (who was the runner up in 2015 as well) made his way toward the final round by knocking off Denver Nuggets’ rookie ,Emmanuel Mudiay, prior to topping Portland’s shooting guard, C.J. McCollum, who beat Lakers second-year point guard, Jordan Clarkson, in the first round.

KAT missed his first four three-pointers against Thomas before nailing one, immediately being mobbed by Green, Cousins, and fellow big man, Anthony Davis (who fell to Cousins in the opening round; despite a Cousins mishandle in the obstacle series).

The Minnesota Timberwolves’ rookie center beat the Boston Celtics’ point guard to win the Taco Bell and trophy, further validating the evolution of the big man from a plodding post player to a playmaking force.

Karl Anthony-Towns is your tallest-ever Skills Challenge champion. Thomas would’ve been the shortest had he won. Also, Aaron Gordon definitely should’ve been crowned the winner of the Dunk Contest.