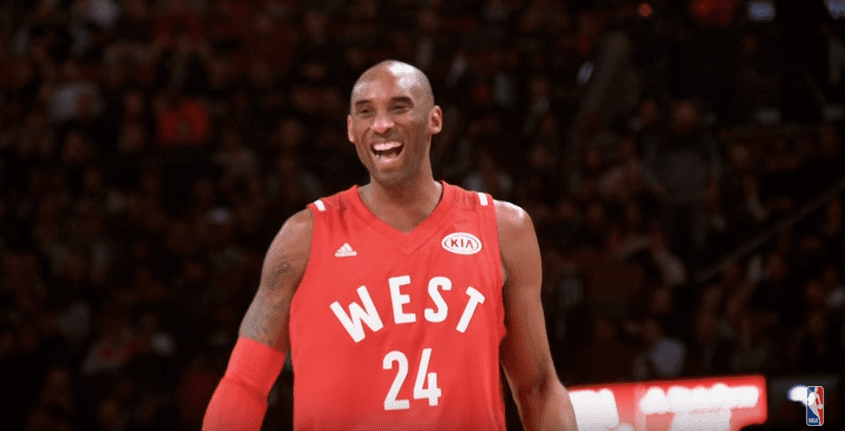 By a 196-173 margin in the NBA All-Star Game, the Western All-Stars defeated their Eastern counterparts. (Insert “this was Kobe Bryant‘s last All-Star Game comment here and 657 more times during this article). The MVP went to Russell Westbrook for the second straight year in spite of his terrible haircut. He put up 31 points and chucked an astonishing 17 threes considering his 29.6 percent number on triples this season. As a team, the West shot 80 threes in comparison to 59 for the East.

Other statistical shining players, but let’s be real, YMCA active middle aged men could do some scoring with the defensive effort that was present… Let me return to my point – other statistical shining players for the West were Anthony Davis who dropped 24 points on 12-13 shooting, James Harden drilling 7 threes and scoring 23, and Kevin Durant also putting up 23. In his aforementioned final game (second reference), Bryant put up 11 points and 7 dimes.

On the Eastern side during this Toronto contest, Paul George channeled his inner beast by totaling 41 points, a single point shy of the All-Star game record. Draymond Green, Durant, and company appeared to lockdown on George near the game’s end to prevent him from breaking the mark. The only other Eastern player who exceeded 20 was John Wall who had 22. The fans naturally cheered extra loud for Kyle Lowry and DeMar DeRozan, the Toronto Raptors All-Star selections, as Lowry had 14 points and 10 dimes while DeRozan had 18 points.

This NBA All-Star Game wasn’t particularly different from any other. The players smiled constantly, dunked with regularity, exerted little energy on the defensive end, and pleased the crowd with genetically rare athleticism. Impressively, the West scored at least 50 points in the final three quarters, a total the East wasn’t able to register in any single quarter the whole game. For all the improvements the Eastern Conference has made in lessening the gap between the previously wide apart groups, the West clearly possesses greater star power. When straight up looking at the NBA All-Star Game rosters, it’s actually a bit stunning how wide the gap can be argued as. Put simply, an Eastern backup guard is Isaiah Thomas (no disrespect intended), a Western reserve is James Harden.

Then again, even though he’s one of the worst players in the NBA this year, Bryant (third reference) started for the West, so that should lessen the gap. Kidding, Kobe! (fourth reference #oopsididitagain) I’m glad the legend started and was respected to this degree. The reception given to him was particularly loud as he exited an NBA All-Star Game for the final time (fifth). He also dapped it up with seemingly every player on the floor (sixth). The admiration NBA competitors have for Kobe was blatant Sunday night (seventh).

If you’re looking to change the NBA All-Star Game, perhaps make it mean more. It truly decides nothing, and a game that’s sole purpose is to please the fan eye is always going to be a defensively absent pickup game. I have no issue with this – the NBA All-Star Game is designed to be fun to watch and outwardly enjoyable, however, the lack of competition on the majority of plays can sometimes appeal to boredom rather than excitement to certain viewers. I’m not going to be that lunatic who suggests the NBA All-Star Game should decide home court in the NBA Finals, but perhaps the league should attempt to somehow incorporate greater significance into the game.

That minor rant aside, I enjoyed the dunks and star power that we witnessed. Much of the talk was about Kobe’s last game (eighth), but the prevailing idea to leave with is how obvious it is that the NBA is in excellent hands, a notion Kobe is likely thrilled with (ninth). There’s such a plethora of star personalities that when one legend leaves, another will emerge or already has (could be a reference, but too vague to fully count). The West won 196-173, but if you appreciate simple entertainment and superb athleticism, we all left as winners. If team competition is what you’re after, NBA All-Star Weekend isn’t your place of comfort. And in case you didn’t catch it, this was Kobe Bryant‘s final NBA All-Star Game (tenth reference, only a few hundred short of my expected total). Make sure to check out all of Kobe’s highlights directly below.