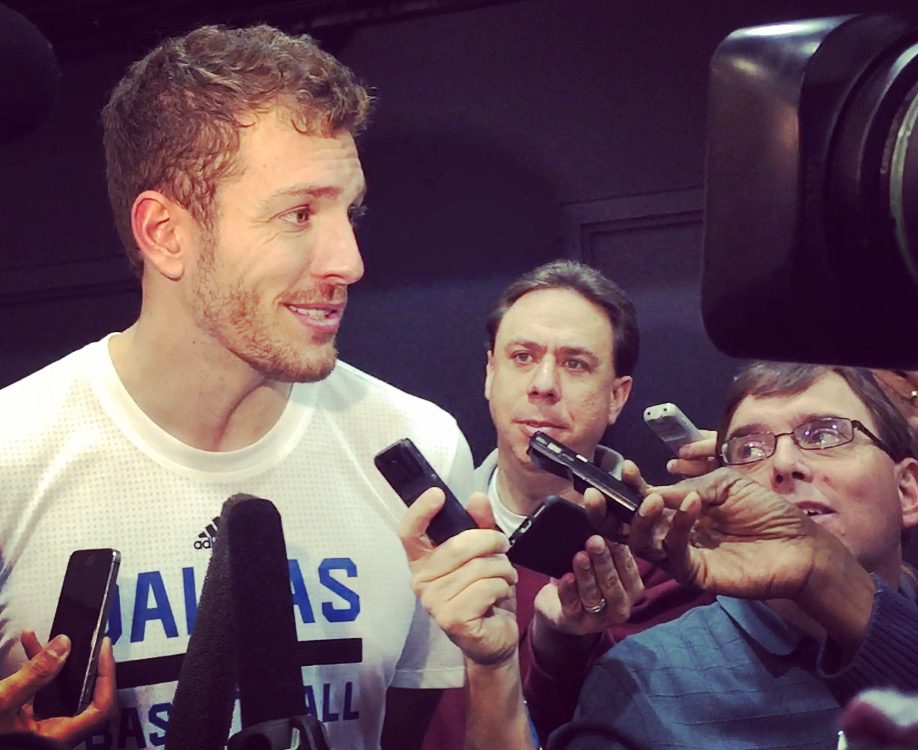 As usual whenever a new player arrives in Dallas – the masses freaking swarm. Today was no different when the press was introduced to David Lee, a veteran forward/center looking to take some heat off of the four and five spot from the bench. Lee understands that he has to “earn” his minutes, and prove to head coach Rick Carlisle that he still has plenty of tread left in his tires regardless of the fact that his minutes had dropped rather dramatically in his past two seasons.

Lee has not played a game since January 19 when he was with the Boston Celtics.

The newest Maverick was excited to be joining a team with an exuberant amount of chemistry in the locker room, and is especially excited to play on the same team as Dirk Nowitzki.

“Much better than playing against him, that’s for sure,” Lee expressed. “I’ve had a lot of battles with him, and he’s usually done a lot better than I have. He’s obviously a great player and one of the best of all time at the power forward position, and I got to see firsthand today what kind of leader he is and how he interacts with the guys. And he’s welcome me very graciously.”

Mavericks take on the Oklahoma City Thunder on Wednesday evening at the American Airlines Center.