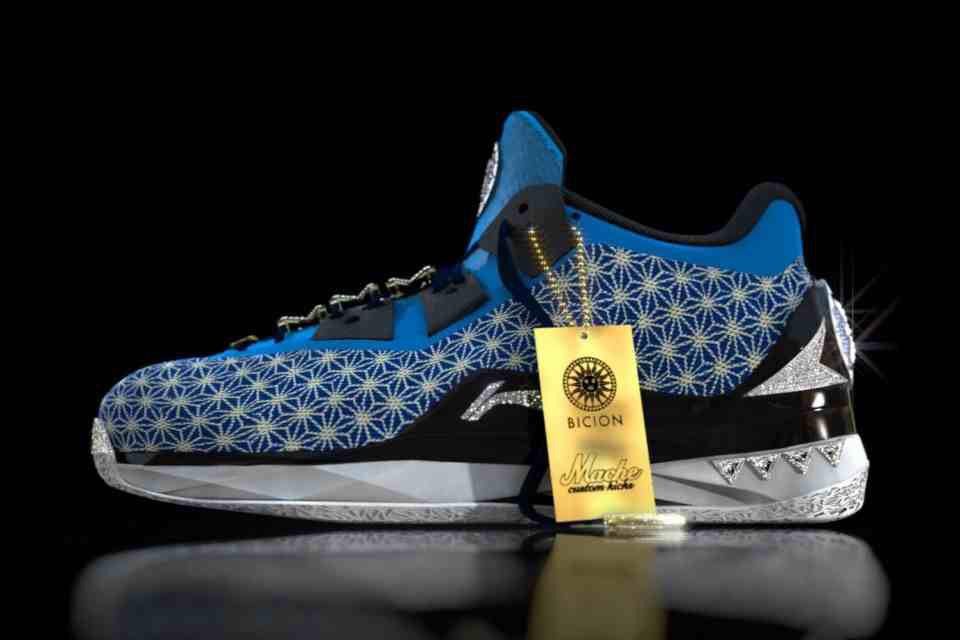 As it turns out, shoes mean a lot more to some people and do a lot more to help people’s lives change. When you have luxury, good intentions, and great product, the plight of the less-fortunate can become a little daunting. That’s basically the idea about the Bicion x Mache x Soles4Souls Li-Ning WoW sneaker — the creation of a united idea to fit children in economically-depressed condition in shoes that would protect their feet and allow them to enhance their life, literally from the ground up.

“This is a celebration of the sneakerhead community, the celebration of the secondary market that allows artists to make a living, that allows people to have a life within their passion (sneakers),” said Burton Chawla, a spokesperson for the project. “More so, this is a concerted effort to allow that newly-formed billion-dollar, secondary market to benefit those that do not have an opportunity to be a sneakerhead…kids without footwear. The effort is to help Soles4Souls reach their goal of eliminating poverty throughout the world. Who would have ever thought that the sneakerhead community would come together for something so noble?”
The shoe may look familiar to you, and if it does, it’s because it’s a Dwyane Wade signature shoe. That said, Wade doesn’t have any involvement in the charitable project, and in fact, there was a deeper meaning behind his shoe being the canvas for the bejeweled focus.
“A Chinese brand (was chosen) to uphold the Chinese New Year’s ‘Year of the Monkey’, because it is a year of ambition. It is quite ambitious to raise $4 million dollars with the sale of ‘The Most Expensive Sneaker in the World’ for this charitable effort.”

See more here at The BMF on more of the details of the charitable collaboration.

New York-based luxury lifestyle brand, Bicion, and Dan Gamache of Mache Custom Kicks have collaborated to manufacture the world’s most expensive sneaker to raise funds for Soles4Souls, a non-profit global social enterprise committed to fighting poverty through the collection and distribution of shoes and clothing. The newly launched luxury lifestyle brand, Bicion, will feature never before crafted items created using rare commodities. Dan Gamache, referred to as simply Mache, is widely considered one of the best creative sneaker artists in the world, customizing sneakers for NBA players, athletes, and celebrities.

The most expensive sneaker in the world, branded as “The Fire Monkey” aligns with the messaging from the Chinese New Year. 2016 is the year of the Monkey, starting from February 8th (Chinese New Year), and ending on January 27th, 2017 (Chinese New Year’s Eve). Every 12 years there is a Monkey year, it represents prosperity, new business ventures and ambition. The original sneaker is a Way Of Wade product that, was released to mark the New Year by Chinese sports brand Li Ning.

The Fire Monkey sneaker, which Dan Gamache has customized, features several hundred carats of tailor made white diamond pieces and blue sapphires set in 18k gold all produced and designed exclusively by Bicion’s in-house jewelry engineers. The “lucky Monkey” hails the chrysanthemum as it’s flower of choice while the silhouette features its lucky blue, white, and gold colors in a flower pattern and the shoes boast a solid gold hang tag with the embossed logos of both Bicion and Mache Customs. The sneakers are housed in a custom display case with an 18 karat gold base and LED lighting designed by Looksee Designs™ in collaboration with Bicion.

The sneakers are designed to highlight the technical and design capabilities of Bicion whilst emphasizing the great work undertaken by charities such as Soles4Souls. Bicion was created and nurtured by Gurps Rai, Chairman of commodities company SDKA International and Shlomo Bichachi of Bichachi Diamonds who were both keen to promote the ethical, conflict free sourcing policies of the modern diamond industry as a whole and the specific policy of mining community enhancement and elevation which is the hallmark of both SDKA International and Bichachi Diamond’s global operations. “This project was a great opportunity to demonstrate how pop culture and the jewelry industry can collide to produce a work of art that will benefit under privileged children globally” said Rai.

Although Bicion is the brainchild of Gurps Rai, the faces of the brand are young and vibrant with Growing Up Hip-Hop star Egypt Criss, Brandon Brown of LIT NYC, entrepreneurs Stephen Jamieson and Harold Weekes who are all co-founders of Bicion. This group of young entrepreneurs has established an haute couture brand in the ethos of creative culture and iconic figures. Bicion’s product line consists of primarily premium collaborative one-off exclusive pieces and some limited production products.

Since 2006, Soles4Souls has distributed 26 million pairs of shoes in 127 countries. This project is unprecedented in that it seeks to raise funds to distribute footwear on 6 continents in the summer of 2016. “This is an amazing project and we’re thrilled to be a part of it,” says Soles4Souls CEO Buddy Teaster. “In a time when celebrities have increasing power, the fact that the Bicion team has chosen to put that influence to good use is amazing. Their donation to Soles4Souls will literally put shoes on the feet of hundreds of thousands of people in the year ahead. That’s impact that matters.”

Mache Custom Kicks is one of the most credible and celebrated custom sneaker companies in the world. “Doing custom sneakers for what seems like forever, it always seems hard to top the last project,” Dan Gamache says about his partnership with Bicion. “This is something different, something special. To have the opportunity to design and create the most expensive sneaker in the world is a humbling opportunity. But to know that this sneaker will help put shoes on children’s feet across the globe is an amazing feeling, it makes my work and everything I have ever done worth it.”

I don't like to gas up projects but this one is going to be pretty crazy. #stayTuned 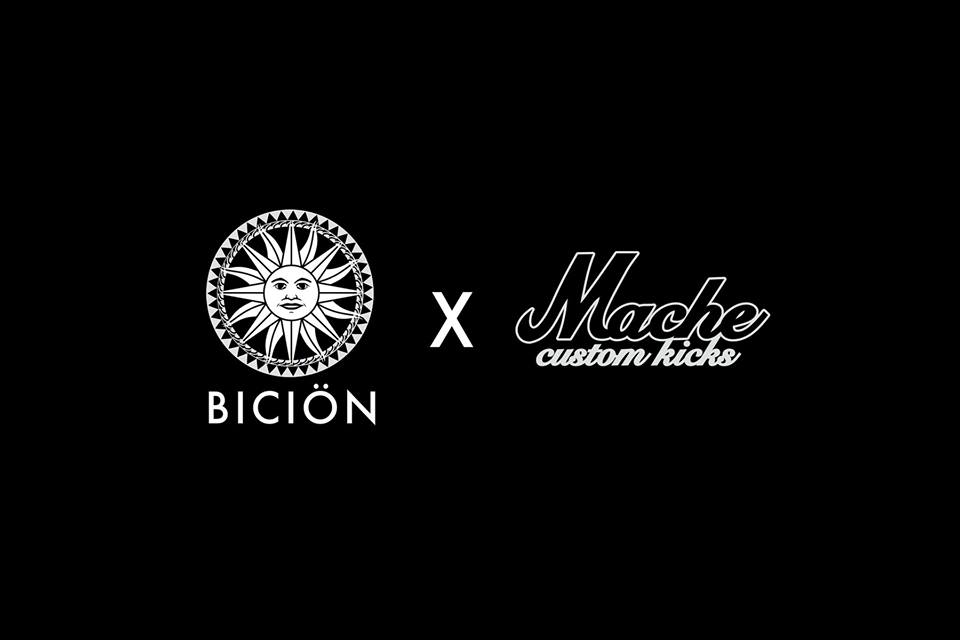 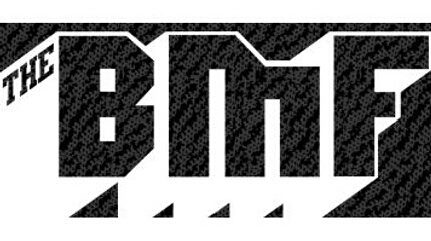