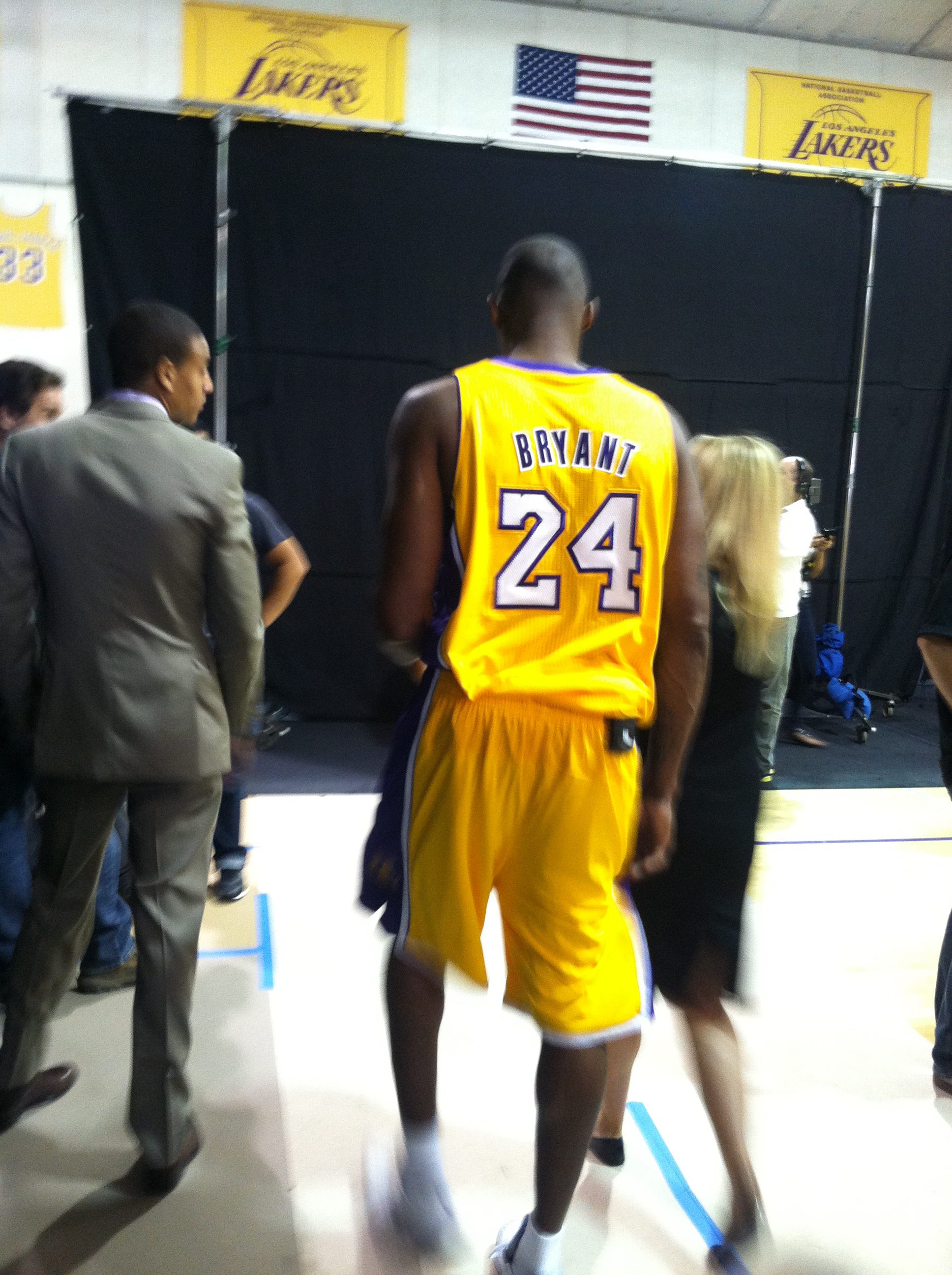 As the world says bon voyage to Kobe Bryant, one of the greatest players to ever lace ‘em up, the energy feels a bit unsettled. There’s a strange sense of finality paired with the essence of business being left undone. It’s hard to believe it’s over, and to have it culminate in the way that it has. Kobe’s last years have been riddled with heartache, disappointment, lost hope, and a feeling of sadness for his fan base and the collective Lakers consciousness. Starting with the nixed Chris Paul trade, the disappointment of Steve Nash and Dwight Howard, losing the Lakers’ champion owner and historically wonderful man, Dr. Jerry Buss, to Kobe tearing his Achilles in 2013, the road has been far from easy up until this point. The embarrassing seasons of recent past have tarnished the fan’s spirit, especially when thinking of how they’ve stained the final chapters our hero’s story and one of the most dynamic careers the NBA has ever seen.

So while being it tragic for an epic sports dynasty to lose such a legendary component, it really had to be this way for the Black Mamba at the end of the 2015-16 season. And while my personal fandom has helped to dictate the mood of this introduction, I must remind myself that this is a time of reflection, appreciation, and celebration. Kobe Bryant will forever be known as an athletic phenomenon with an unfathomable dedication to the game of basketball, one of the hungriest competitors to step onto the hardwood ever. He was much beloved by his fans; hated by everyone else. And in the end it seems as though he’ll leave the game just as he entered; surrounded by controversy, electricity, and mixed emotions of all kinds, which in reality, wouldn’t be fitting any other way.

Before continuing I’d like to confess that the article you’re about to read is not the article I intended to publish. Here, one would have read a succession of relevant paragraphs encapsulating Kobe’s self-proclaimed hero/villain persona in referencing the intense love and tangible disdain surrounding he and his accomplishments for the last two decades. The accomplishments were beautifully celebrated and the flow of information was historically relevant. The unique beauty of the fan’s relationship with the Black Mamba and his relationship with us was highlighted with love and adoration. The piece was honest, it was heartfelt, it was worthy of publication and, most importantly, of Kobe Bryant’s legacy… but it wasn’t really complete.

The original post was finished before he went and dropped 60 points in his Finale Royale, breaking an NBA record for the most points scored in a career-closing performance, straight dazzling Laker Nation with a victory that boasted the highest points scored by a player in the 2015-16 season. He electrified Staples Center and the entire watching world, giving everyone, yet again, the ultimate gift of witnessing his signature brand of greatness one last time. So instead of whatever that story was, no matter how good, it wasn’t the right one. When writing an ode to the greatest Laker of all time, it can be nothing other than a celebration of the greatest closing chapter in NBA history.

Even before the game begun, the atmosphere and energy leading up to tip-off was different than it had been all season. Hell, it was a different energy than we’ve felt at Staples Center for the past many years, at least when the building is decorated in its rightful purple and gold adornments. The thousands of fans gathering, the entirety of the Los Angeles journalistic staff stationed in all corners of the arena, dressed to the nines, giving emotional accounts of the Mamba himself and what he’s done for the game of basketball. It was magic. And for the first time in a long time, Laker Nation united in a full-scale wave of happiness. None of the traumatic points of years past mattered anymore, all that mattered was the relationship we all shared for the last two decades with our hero and the face of our beloved franchise, Mr. Kobe Bryant himself.

It would have been enough to watch the G.O.A.T. being interviewed by Chick Hearn who predicted that Kobe’s career would last 19-20 years and coming to the realization last night, that it had, and we were all a part of this history. It would have been enough to experience Magic Johnson’s incomparable and genuinely moving introduction, to see the video dedications deeming #24 the greatest Laker of all time by his peers and some of the greatest players and figures in the game today. It would have been enough to simply experience Kobe’s swagger onscreen or in the arena one last time, to see his own emotional appreciation, hear his gratitude and be a part of one last contest with him, win or lose. But that wasn’t how this story was going to end. Not even close.

As the fan base plunged emotionally into the first quarter, collectively shuddering as Kobe went 0-for-5, I remembered all too well the reason I had skipped over periods of his farewell tour and the last few dreaded seasons. Each miss was like a branding iron being pressed onto my heart ensuring forceful reminders that this was the state of the Lakers today. I immediately poured a glass of wine, did some self-coddling and reminded myself all was going to be okay. Then Kobe drained five straight including a deep three ball and the electricity and verve I hadn’t felt as a fan in many moons returned. And it felt incredible.

From there we got to see the majesty of Kobe Bryant’s talent, athleticism and pure dedication to the game he so loves in an encore for the ages. From an early blocked shot on the powerful Trevor Booker, to a quick steal, to a behind the back pass to D’Angelo Russell that culminated in a Julius Randle slam, to four boards, four assists, and 60 points that included some classic pump fakes on young studs like Gordon Hayward, deep threes, full extensions to the rim, and of course, the game winning shot with 31.6 seconds left to go in the contest. He scored 15 of the last 17 Lakers points and outscored the entire Utah Jazz squadron 23-21 in the fourth.

Kobe Bryant is the epitome of pure greatness – achieving an elite status in his career that almost always comes with a price and, unfortunately, must always come to an end. But to this day, even when the Lakers paid him $48.3 million in 2013 to stay for his final two seasons, the price has always been, without question, 100 percent worth it. He’s the second best shooting guard after Michael Jordan, one of the most phenomenal players the game has ever seen, and is arguably, if not emphatically, the greatest Laker of all time. Kobe will be remembered forever in the history books as the fiercest competitor to stamp his legacy upon the league. A player with the single most tangible desire to dominate his opponents and flat out win titles. You can say what you want about him, but there’s one word that can never be omitted when speaking on the great Kobe Bryant, and that word is champion. Kobe Bryant, now and forever, will always be a champion. Our champion.

Thank you, Kobe. It’s been an absolute honor.