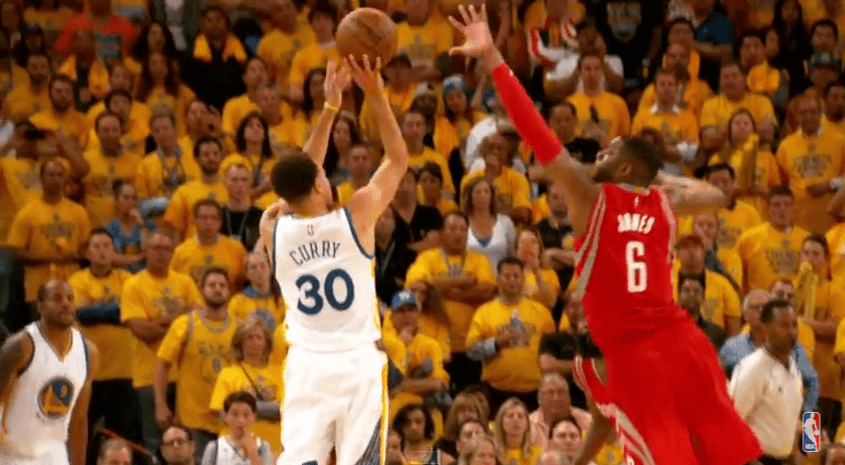 The Golden State Warriors had no problems with the Houston Rockets in the opening game of their series. By a 104-78 score, the 73-9 in the regular season Warriors easily dismantled Houston to start this series with a 1-0 lead. Both teams started sluggishly before Golden State’s offense finally kicked in. A brief scuffle between Steph Curry and Patrick Beverley, one apparently caused by Beverley continuing to harass Curry after the whistle, was the only instance in which Houston showcased any sort of grit in the first half. Curry finished with 24 points but only played in about 20 minutes due to an ankle injury. He’s slated as questionable for Game 2. Golden State shot 42.9 percent from the field as Houston managed to put up just a 35.7 percent number in the same category.

Beyond last year’s MVP and likely this year’s as well in Curry, the Warriors received a 12-point, 10-rebound effort from Draymond Green. Klay Thompson had 16 on just 4-14 shooting, and Marreese Speights dropped 12 off the bench. It was far from the well rounded onslaught NBA fans have grown accustomed to seeing from GSW, but it was more than enough to surpass a Houston team with questionable focus.

James Harden eventually became himself in the second half, however, this came after a 4 foul first half in which he struggled to find a rhythm. The beard finished Game 1 with 17 points and 6 turnovers on 19 shot attempts. If the Rockets are to challenge the Warriors at all in any of these games, Harden will have to be far more dominant and efficient. Beverley went just 1-7 and battled foul trouble, Corey Brewer was 1-8, Trevor Ariza went 3-10, and Dwight Howard had 5 turnovers on 4-of-11 free throw shooting. For a team who has underachieved all year, this game could fairly be considered a characteristic one for Houston.

One should never call another professional team unworthy of taking the floor versus an opponent, and that by no means is the takeaway from Game 1. Having said that, we’re talking about a 73-win team playing a squad with 41 wins. That 32 game gap is as telling as it seems, making Houston winning the series a massively unlikely task (winning a single game is also up for debate). We have to keep this disparity in mind when viewing this series. The ABC announcers, Jeff Van Gundy and Mark Jackson primarily, consistently mentioned how Houston needed to play with greater discipline and focus in Game 1. Maybe the announcers didn’t watch the Rockets play all year, but inexplicable inconsistency and poor focus doomed them throughout the season. You are who you are at this point of the year – Houston is no exception.

Moving forward, obviously watch for if Curry plays in Game 2. Also see if Thompson can respond from his poor shooting effort. On Houston’s end, a Harden 35-point type of contest that avoids volume shooting will be needed. He didn’t even attempt a free throw in Game 1, a number Houston more so requires in the 8-12 range. Additionally, the Rockets will need at least two of their x-factor types (Brewer, Josh Smith, whoever) to have breakout games. To match Golden State’s versatility and widespread scoring attack, Houston will need both star power and production from a variety of sources.