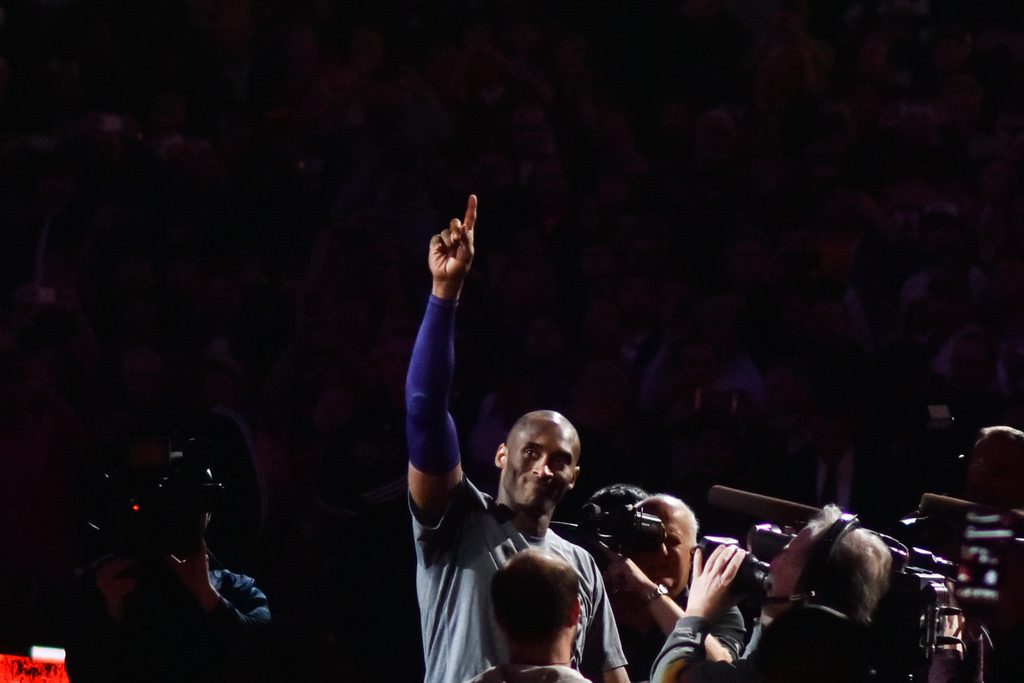 It started as an ordinary Wednesday, but it turned into a Wednesday that will live forever.

For any and every NBA fan, regardless of your loyalty, April 13th in the foul year of 2016 will be a night never forgotten.

Usually, the last night of the regular season means something to only one wild card team trying to scrape their way into the playoffs, but this year the final night of the season made categorical history. Maybe, just maybe, it was the single greatest collective night in the history of the association.

On a truly magical night, we saw two things: one of the greatest ever ended a storied career, and then a team stake a claim as one of the best ever assembled. Kobe says “Mamba out”, and the Warriors set the single season win record.

I feel bad for anyone who woke up the next morning, who didn’t tune in; they missed out on not one, but two milestones.

Kobe’s last game ever was, of course, something to look forward to, it even had it’s own internet hashtag holiday. It would’ve been special no matter what, and then the Mamba put up fifty attempts, recording 60 points. Sure, the defense was slacking; Utah was already mathematically eliminated.

But, let’s face it, if you were playing D on Kobe, you’d probably give him some room, just to bare witness. When you think about the Mount Rushmore of the NBA, you have to now start considering Kobe’s face etched in concrete, up there with the greats.

Kobe gets the best and the worst of both worlds. He was called selfish and a diva, but he also has rings covering all the fingers and the thumb of one of his hands. He matched Magic Johnson’s championship banners. Regardless of what you think of Kobe Bryant, you have to admit he is one of the best to ever dribble a basketball.

And on Wednesday, he went out the best way possible…by putting on a show. It is a perfect reflection of Lakers-themed basketball, and it is a perfectly fitting end to Kobe’s career. That’s why Jay Z and Kanye were there. That’s why Jack and every other celebrity were there. They wanted to see him go nuts and shoot the shit out of the ball. Congrats, Kobe. 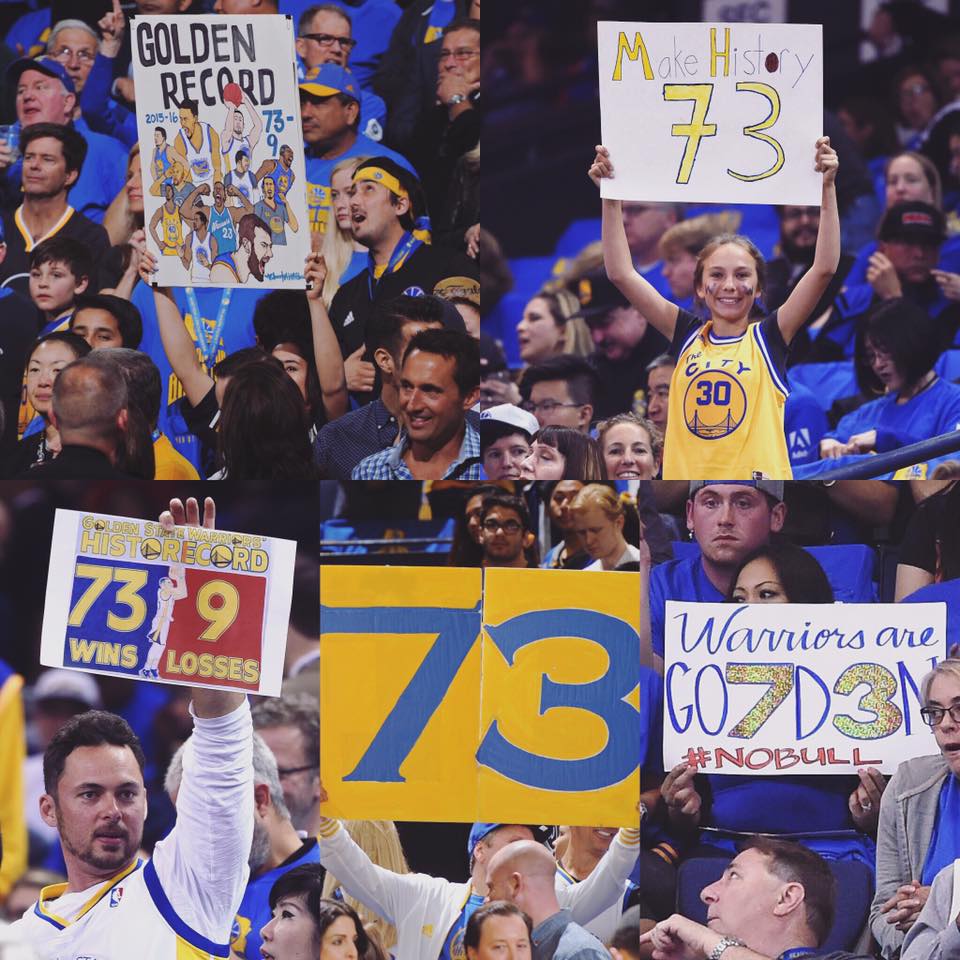 And now let’s talk about the other reason that April 13th, 2016, was possibly the single best night in NBA history.

I don’t think the world really gets how hard it is to go 73-9. Only losing nine games is ridiculous. The Dubs breaking the record for most wins in a single season might have been overshadowed a bit by Kobe, but, make no mistake, years from now we may be writing about this team as being the best ever. At least they are now in the conversation.

The team not only topped the Chicago Bulls’ 72-10 record, but they did it while playing a neo-style of ball that’s going to transform the league. Remember when the 30-foot shot was a move of desperation? Not anymore, and we can thank one man for that.

Stephen Curry will most likely be the MVP, and he deserves it. But just like the stacked 95-96 Bulls, the Warriors equal the stage with Klay Thompson, Draymond Green, Harrison Barnes, Andrew Bogut, and Andre Iguodala, and everyone else who all play pivotal roles in making history. Just like the Bulls did, the Dubs deserve this record.

The Bulls in that season only lost 10 games. 10 games! The Warriors only lost nine games the entire year; single digit losses! That. Is. Absurd!

It’s also crazy to think that Steve Kerr was, in some form, on both of these teams. Also, Luc Longley and Andrew Bogut are both Australian.

As the playoffs are start, and as our short attention span generation moves on, it is important to remember nights like this. I remember when Michael Jordan switched hands in mid air against the Lakers. I remember Shaquille O’Neal destroying rims and entire hoops. I remember when Reggie Miller scored eight points in nine seconds. And now, we can all say we remember where we were when Kobe scored 60 in his last game ever, and when the Warriors broke a seemingly unbreakable record.

A record is broken and a legend retires. What means the most is that this game still has the possibility to surprise us. I like that.