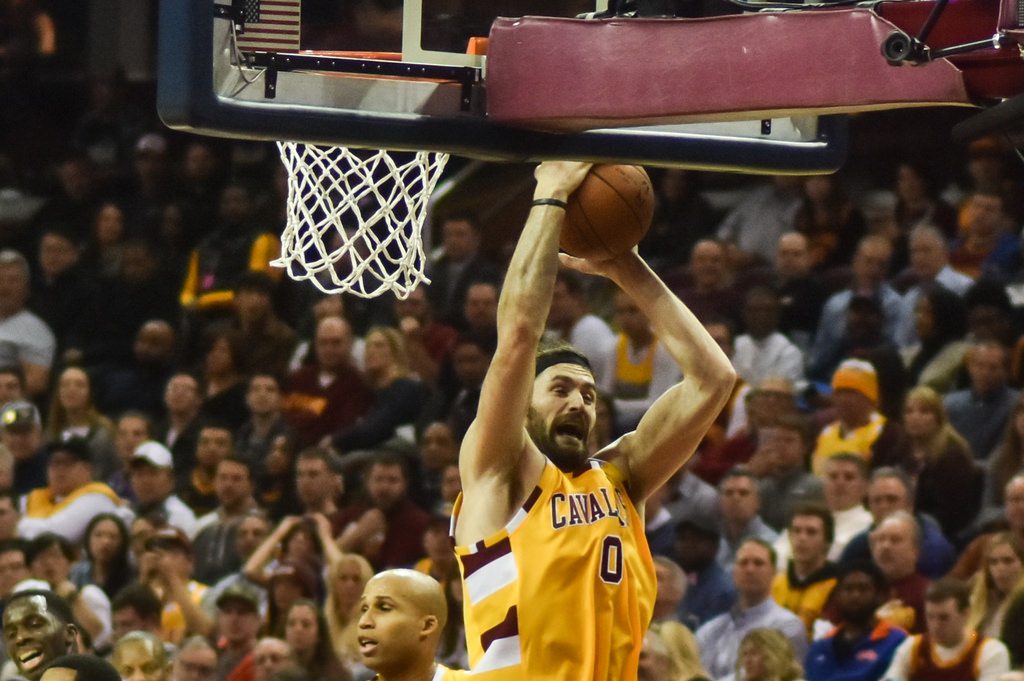 The Cleveland Cavaliers protected its home court during a Game 1 victory over the Detroit Pistons. This competitive contest appeared as if it could go either way prior to a fourth quarter push by the home team that created just enough separation. The final score was 106-101. For the Cavs, Kyrie Irving had 31 points on 10-24 shooting from the field, 5-10 from deep. Kevin Love, the often criticized and doubted member of Cleveland’s Big Three, shined with 28 points and 13 boards. It was the type of game fans anticipated more of when Love originally joined Cleveland. The Cavs finished the game shooting 44.3 percent from the floor as the Pistons shot a 50.7 percent clip (Detroit also shot 15-29 on threes).

Shooting over 50 percent and only having 10 turnovers sounds like a recipe to win on the road. However, this team effort approach didn’t give Detroit a victory, but it will at some point in this series. This will not be a sweep. The Pistons are too strongly coached and offensively balanced to be swept by a somewhat enigmatic LeBron led squad. Check the sharing of wealth Detroit had – 21 from Kentavious Caldwell-Pope, 20 from Marcus Morris, 17 from Reggie Jackson, and 13 from Andre Drummond. A similar output moving forward will give Detroit a win or two eventually.

If you’re wondering how Stan Van Gundy’s team lost in spite of shooting such a quality percentage, understand that Cleveland had just 4 turnovers. That’s an astonishing number, one that’s far too low to pull an upset. LeBron in particular had just a single turnover to go against 11 assists. Otherwise, all the pieces for Detroit were in place. This game was tied late in the fourth quarter and was enough to make the Cleveland faithful anxious.

LeBron began running the point and the Cavs continued to find Love in the right places, an aspect that caused Love to find a concrete rhythm late in the regular season. Cleveland rightfully has its doubters – we’re talking about a top seed who experienced a coaching firing and countless trade rumors this season – but a healthy Irving/Love duo, something fleeting last year, could make this run memorable.

My biggest takeaway from Game 1 is that we do have a series. There’s the old expression along the lines of “it’s not a series until someone wins on the road,” but I’d alter that and say it’s definitely a series if Game 1 is tied late in the fourth with the realistic possibility of the outcome going either way.

Moving forward, Detroit will need to contain at least one of Cleveland’s Big Three. They’ll also need less Jackson aimless dribbling and more textbook execution in must score situations. But shooting such a stellar clip with a young team full of limited playoff experience is a Game 1 positive that could hold weight during Game 2. On Cleveland’s end, they probably won’t be able to win again while allowing Detroit to shoot over 50 percent from the floor and deep, so look for them to make some defensive adjustments.