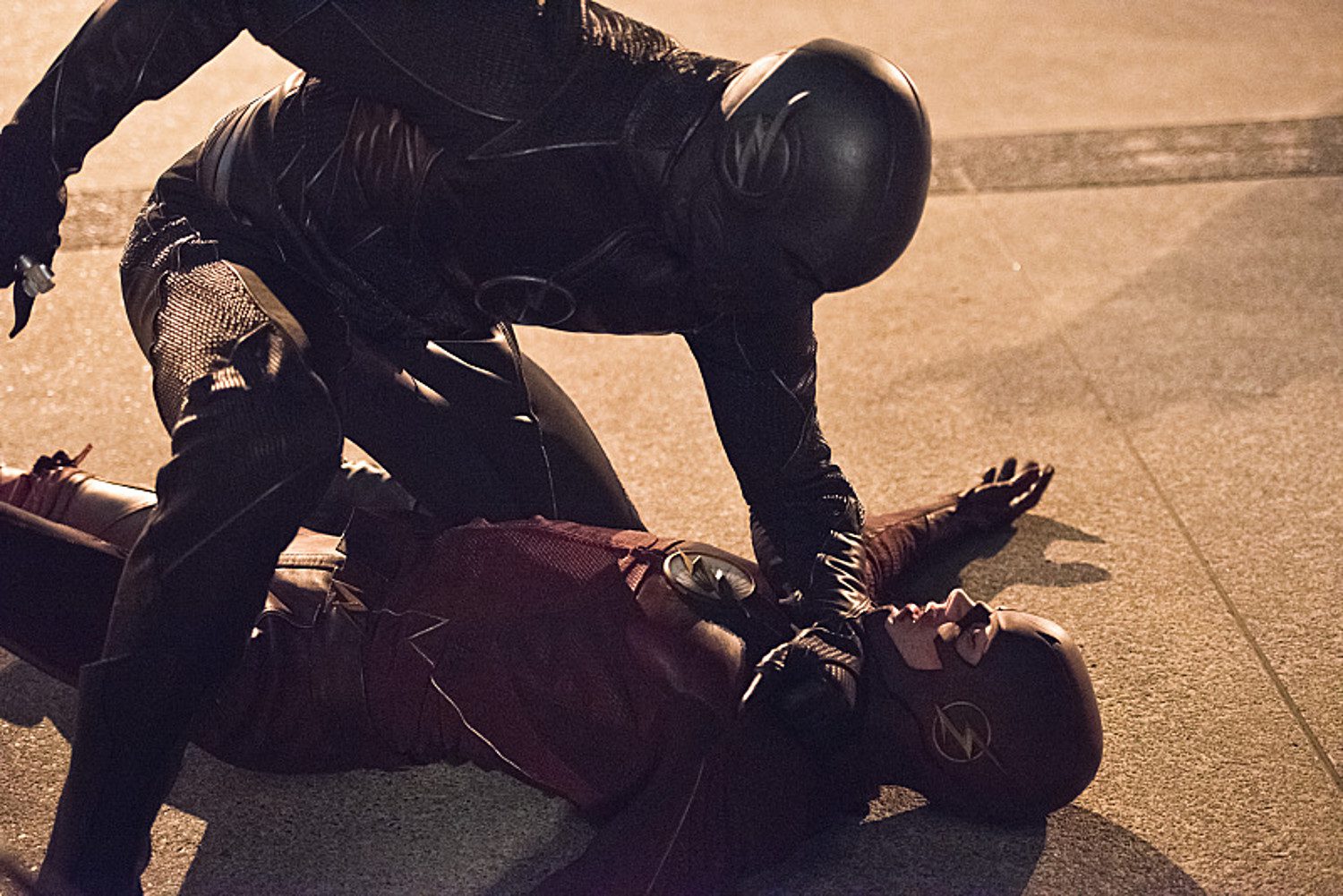 Last night’s episode of The Flash had Barry Allen in direct confrontation with Zoom, the major villain of this season, and boy was the whole thing boring. Zoom abducted Wally West (flat-out saying it’s because someone Barry cares about cares about him?) and forced Barry and the team at S.T.A.R. Labs to give him Barry’s speed, which seems like something that should’ve happened a long time ago.

There was a lot of standing around and delivering exposition in this episode and none of it acknowledged anything I’m interested in. Harry Wells revealed to the group that Jay Garrick/Zoom is serial killer Hunter Zolomon, which I guess was supposed to be an exciting reveal but was also just adding a slight twist to things we already knew. They’ve barely made me care about Zoom in the present, I certainly don’t care about his backstory especially when it’s just “you know that guy who kills a lot of people? He has a history of killing a lot of people.” And the “time remnant” thing is just exhausting.

Meanwhile, Iris West cancelled her date with the cute guy who works at the newspaper because she’s wondering if she should be moving on with Barry. The reasons she cites are that they’re married in Earth-2 and supposedly married in the future. Nothing about actually liking him or enjoying being around him. So, they’re not doing the best job at writing that relationship.

Even the focus on Cisco Ramon in this plot couldn’t save this episode, although his worry that expanding his powers would draw him to the dark side was at least an interesting emotional thread. Barry casually mentioning that he always worries about turning evil was odd since that’s never been touched on before. And it definitely should be since he’s been running a prison for metahumans.