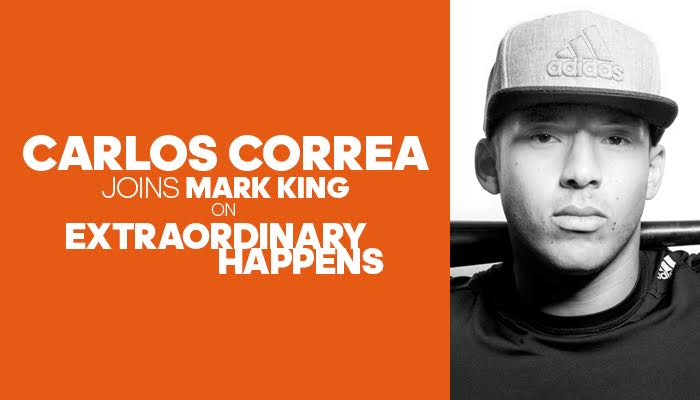 With baseball underway, Houston Astros’ Shortstop, Carlos Correa, joins adidas Group’s Mark King on his podcast Extraordinary Happens. At just 21 years old, Carlos is the reigning 2015 Rookie of the Year and posted a record-breaking debut season. He discusses growing up with the sport in Puerto Rico, how setting goals and making sacrifices helped him reach his dream, and the role self-confidence plays in his success.

“Every single morning I would jump out of bed because I had to work toward accomplishing something and that was becoming one of the best players in my draft year, and then eventually when I got drafted, get to the big leagues. I have high expectations, I visualize a lot and I dream a lot. I did the work. I put in the work and I sacrificed a lot in order to make those dreams come true. That’s the bottom line. A lot of people dream, but they don’t want to pay the price and sacrifice everything you have to sacrifice in order to be successful.” – Carlos Correa