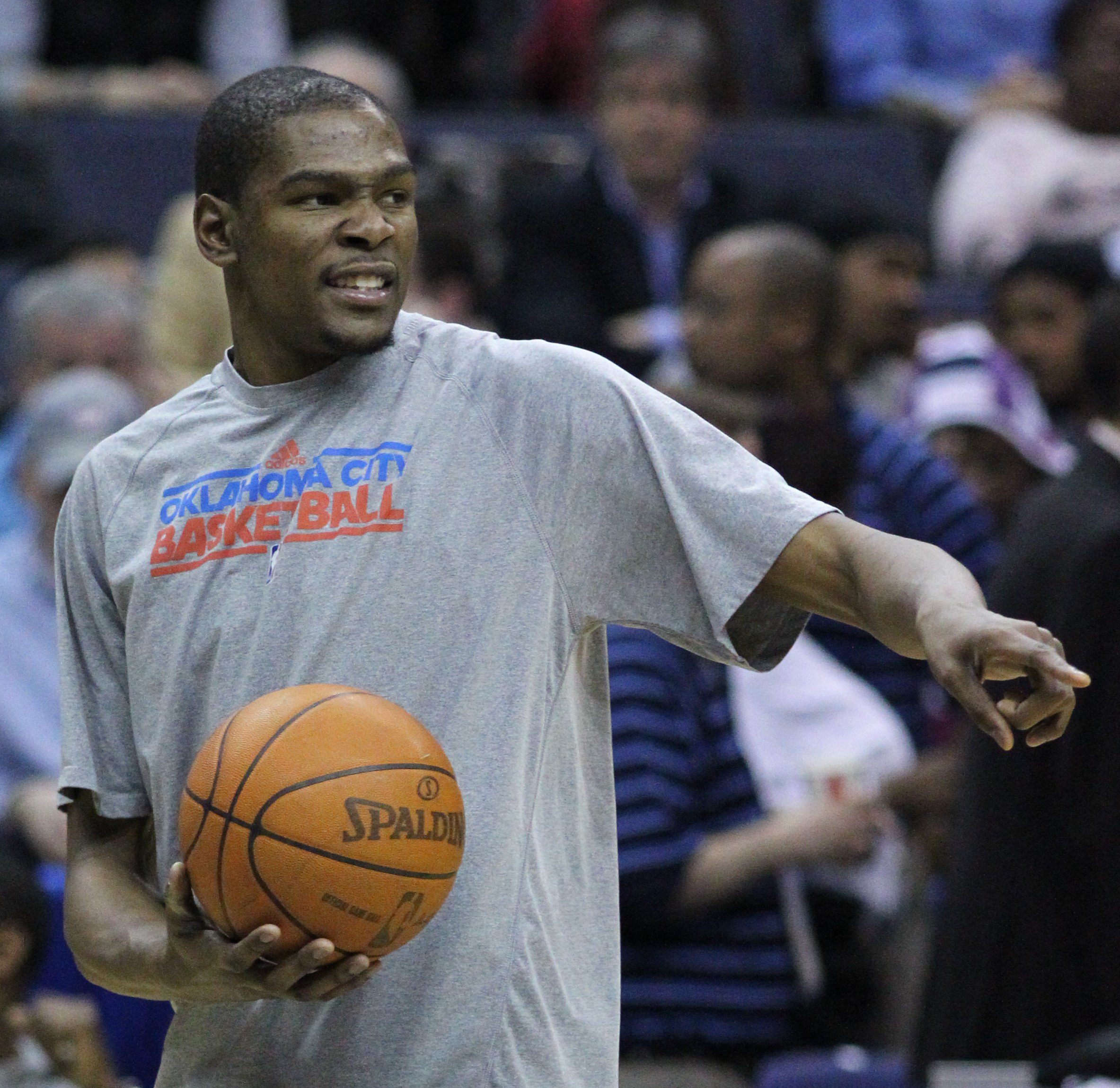 The NBA has a new empire. Following the footsteps of teams like the Miami Heat and Los Angeles Lakers, the Golden State Warriors have cornered the super team market. Kevin Durant dropped an atomic bomb on Independence Day by choosing the 73-win Warriors effectively guaranteeing a Finals berth (barring any major injuries). The Warriors—still hurting from a Finals collapse—effectively upgraded from a Prius (Harrison Barnes) to a Tesla (Durant) causing a slight panic across the league.

While most saw the Durant signing as terrible for the league others (like myself) loved what it meant for the big picture. There is going to be a team that forms a super team of their own. The Cleveland Cavaliers (the team ultimately responsible for this) will get the first crack at dismantling that Warriors Death Star. But moving forward another team that may get a shot are the New York Knicks.

After you’re done laughing and mocking take this into account. The Knicks will have a shitload of cap space next season to chase everyone from Russell Westbrook to Stephen Curry in a monster 2017 free agent class. Also in that 2017 class is Chris Paul, LeBron James, and Dwyane Wade—all good friends of the maligned Carmelo Anthony. FS1’s Nick Wright eloquently broke down why the super team can happen in NYC.

.@getnickwright explains how the Knicks traded for Derrick Rose to sign LeBron, CP3 and DWade next season. #TheHerd https://t.co/5LMJaoO8o8

Thus far the Knicks have spent wisely in free agency keeping a large chunk of the cap room Wright eluded intact for next season. At the end of next season the Knicks roster will consist of Anthony, Kristaps Porzingis, Willy Hernangomez, Joakim Noah, Courtney Lee, Lance Thomas, and Kyle O’Quinn. With some cap maneuvering Phil Jackson can free up the necessary space to bring on Melo’s three superstar buddies.

But why would Paul, LeBron, and Wade come to New York? A couple things would have to break their way and Durant’s signing could be the powder keg. Let’s look at each piece of the puzzle and see what will bring them to the Mecca.

In order for Chris Paul to consider leaving Los Angeles the Clippers would have to strike out in free agency this season. Luckily for the Knicks Doc Rivers is more likely to be confused for David Kahn than R.C. Buford. Thus far the Clippers have added no one new in free agency and lost Jeff Green who they traded a first round pick for at the deadline. Doc low-balled Jamal Crawford–offering his subpar son Austin more money– so badly he considered leaving before re-signing.

My point is that the Clippers will not make the NBA Finals unless the sky collapses on us. The Warriors are the runaway favorites and a case could be made for the Spurs, Thunder, and even the Trail Blazers as more likely to make a deep run. Rifts between Paul, Blake Griffin, and DeAndre Jordan have been rumbling for years so it wouldn’t exactly be a tear-jerking exit. With all that in mind, Paul opting out next season is almost a foregone conclusion.

Paul once toasted at Melo’s wedding years back that they (Paul, Anthony, and at the time Amar’e Stoudemire) would form their own big three to rival LeBron, Wade, and Chris Bosh in Miami. He would not be joining a big three if he came to NYC, but a Fab Five featuring his three best friends and a gift from the basketball gods named Kristaps Porzingis.

Until the Knicks signed Courtney Lee it was remotely conceivable that Dwyane Wade would be a Knick. There were “reports” Wade was talking to the Knicks, but nothing was ever confirmed. Anyone that has paid attention to Wade’s negotiation history with Pat Riley knew that this was just a big bluff to get the contract he wants, but if Wade did talk to the Knicks it is possible it had more to do with next season.

The Heat missed out on Durant and from all indications was never really a factor to land him. Chris Bosh may not even play basketball again due to his blood clots, and Hassan Whiteside is not enough of a reason to stay. Wade is coming off another strong season so the question is not whether he has anything left in the tank more so of where he wants to allocate it. His best bet is to sign a one-and-one (two-year deal with player-option for second year) with Miami and re-enter free agency next season.

Oh and then there is this odd tweet he sent out after Durant announced he was joining the Warriors.

I couldn’t agree more, Dwyane. The Heat have offered Wade that one-and-one following the Durant decision, but Wade was seen with Cavs owner Dan Gilbert and LeBron. This could be a petty negotiation news or could be Wade and LeBron discussing family business. Wade gives off the vibe he is the Eric Murphy of this Entourage and he has met with Melo (the Turtle of the group) and now LeBron (the Vinny Chase). It is very conceivable that Wade is looking to set up his last title run.

It’s not a surprise that LeBron James is the most difficult part of the puzzle. He is on top of the world (and Cleveland) at the moment. There is no chance in hell he would not be in the Q for the ring ceremony next year. He has no reason to leave home again for a ring chase–yet. With Durant now on the Warriors the chances of the Cavs winning the inevitable rubber match in next year’s Finals will be a tall task. If that does happen what would be next for King James? Ending another title drought perhaps.

LeBron is on record telling Bleacher Report back in February, “I really hope that, before our career is over, we can all play together. … At least one, maybe one or two seasons — me, Melo, D-Wade, CP — we can get a year in…I would actually take a pay cut to do that.”

Outside of Melo all three can become free agents in 2017. As of this writing the Knicks have been frugal in free agency keeping the cap flexible for next year. Selling LeBron, Wade and Paul on NYC is not nearly as hard as LeBron selling Cleveland to the others would be. Toss in the fact that all three would forever be immortal in New York if they end the 45-year title drought in The Mecca. It’s no secret LeBron cares about legacy and what better way to cement legacy as the best ever than ending two 40-plus year title droughts?

Knicks fans have been conditioned to dream of the best only to get the worst. Well those days are gone. We now have Lil B, the messiah of the Based God, on our side so no matter what goes down just know it will be good.