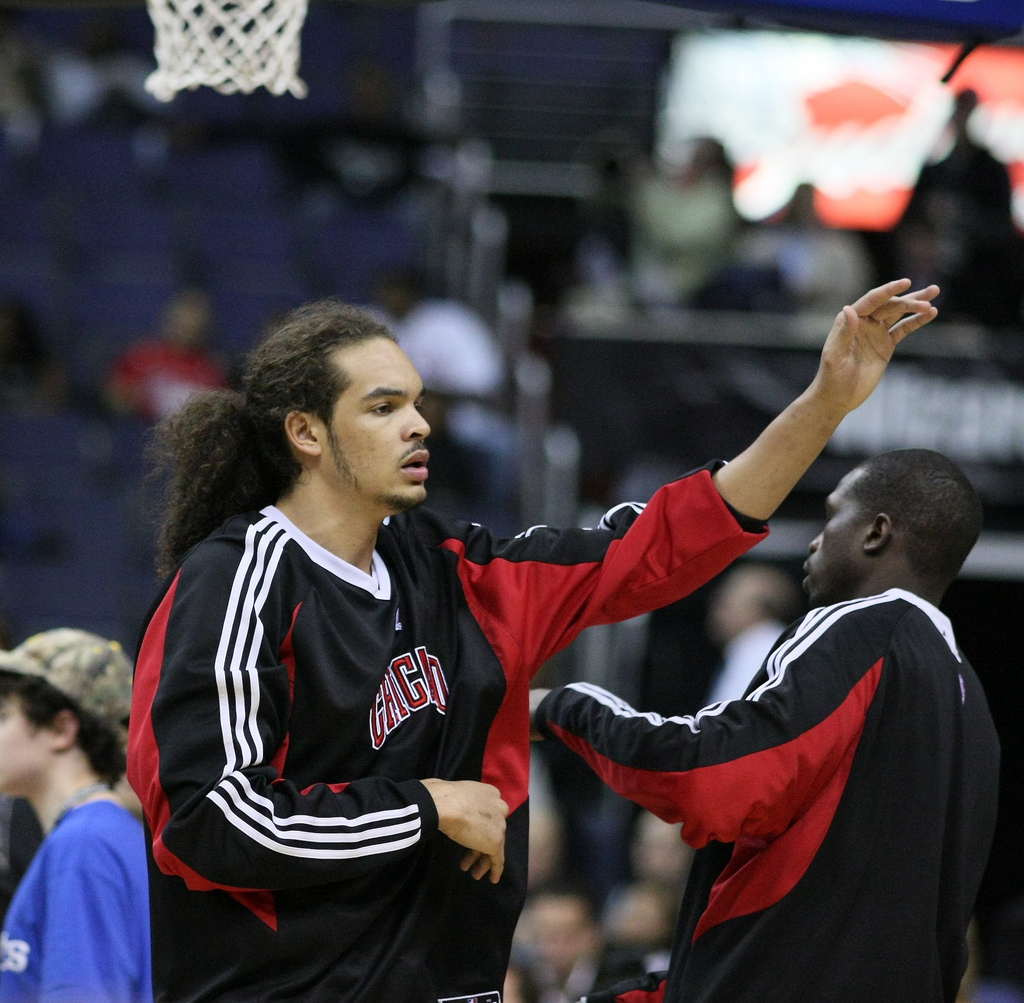 After ten straight months of action the NBA is getting ready to put things on autopilot. With the major period of free agency over next year’s rosters are set. The New York Knicks had a lot of work to do during this free agency period since the team once thought Andrea Bargnani was worth a first-round draft pick despite prior knowledge of his flaccid play.

That was then and this is now. Phil Jackson was handed the checkbook and asked to bring back a playoff caliber team. He brought back Lance Thomas (solid start) and Sasha Vujacic (wouldn’t be a Knicks offseason without a stupid move) and added six new faces.

How good the signings were is up to you. I use a pretty simple grading scale:

With those things in mind let’s grade the 2016 Knicks free agent class.

Signing Joakim Noah to slot alongside Kristaps Porzingis is a good move. He’s an upgrade from the recently departed Robin Lopez when healthy and will make the Derrick Rose adjustment period much easier. The only problem I had with this signing was Phil Jackson’s bidding method went something like this:

What other realistic options did Noah have? The Wizards? If there’s any team the Knicks will always have top choice over it’s the Wizards. They could have in all likelihood gotten Noah on a cheaper and shorter deal. What’s done is done so moving forward Noah should help a lot more on offense than Lopez did. Last season Lopez was great at setting picks and protecting the rim. Noah brings those same skills with more of an edge, in addition to superior passing and shooting (he may look like he’s getting tasered when he shoots, but the ball goes in for whatever reason) skills.

Is it a hot take to say the Courtney Lee signing was one of the five best deals in free agency? If so, screw it, I loved this deal and every Knicks fan should love this deal. Lee is not an elite shooting guard, but he’s above average and he’s a great fit at a great price.

Arron Afflalo was good last season, but he needs the ball in his hands to be effective. Lee on the other hand is much better as a catch-and-shoot guy. With Rose and Melo already occupying the ball and opposing defenders Lee will get a large share of open looks. He shoots at a respectable 38-percent from three and can also finish at the rim (shot 58-percent on shots inside five feet last season).

On defense he will never be confused with his former Grizzlies teammate Tony Allen, but he will not be an EZ-Pass toll like many Knicks players of the past. His 6’5 frame allows him to contain guards and small forwards. His hustle will allow help defenders to rotate and force tougher shots which is all the team can ask for.

There is no sugarcoating this—Brandon Jennings was born to be a New York Knick. The Knicks should have taken him in the 2009 Draft, but better late than never. He has everything it takes to be loved by the MSG faithful from the scoring in bunches, to the genuine love of basketball, to the mild case of irrational confidence. Of all the additions to the roster I think Jennings will acclimate to New York the quickest. He’s already off to a flying start, promising to play in a couple NYC streetball games this summer.

Jennings role is pretty clear—score and score some more. Last season the Knicks bench was great to start off but the lack of a natural scorer led to the unit’s demise. With Jennings leading this year’s second unit he will take care of that problem. Last season he averaged 13.9 points and 8 assists per 36 minutes. He should have the green light more times than not so those scoring numbers should look to increase.

The biggest reason this signing was so solid was the deal itself—they can let him walk if it doesn’t work out—and the ideal Rose injury insurance. Not to be cynical, but I think there’s a better chance James Dolan goes platinum than Rose playing the full 82 games. Jennings is a starting caliber who can slide right into the starting rotation as well as join Rose in the starting lineup should Lee or someone else go down.

Who else cannot wait to see what Clyde Frazier comes up with something that rhymes with Kuzminskas? Maybe we should see if Lin Manuel is up for the task.

Mindaugas Kuzminskas was one of the under the radar signings. One of the biggest holes in the Knicks roster last season was wing play. He could fit that bill and end up being quite the bargain at just $3 million a year. From the various YouTube videos you can immediately see that Kuzminskas is–not afraid of contact, enjoys dunking, and enjoys separating his dunk highlight tape from his shooting tape.

The only game footage of Kuzminskas against NBA guys is from the 2014 FIBA World Cup. In that games he tallied 15 points, 9 rebounds, and 2 blocks as Lithunia fell to the US. If Kuzminskas proves he can post similar numbers the Knicks will have a serviceable wing off the bench.

Willy Hernangomez is technically a draft pick (second-round selection from 2015), but the Knicks officially signed him this offseason to a cap friendly deal to say the least. Hernangomez will only cost the team $1.4 million per year and has the potential to be the ideal backup center to Porzingis in the future and Noah in the meantime.

If Hernangomez looks familiar it’s because he is. Remember this goofy dance video of Porzingis that made rounds last year?

Hernangomez is the guy to Porzinigs’ immediate right. The two played together for Sevilla at the time and have remained close. While his former teammate turned into a phenomenon in New York, Hernangomez was putting in work overseas. He comes to New York as one of Europe’s best young centers.

He possesses many of the same qualities that make the Gasol brothers great—soft touch, length, and strength—and is only 22. His only shortcomings seem to be his lateral quickness which will only come up when his assignment is a versatile big man which are far and few in the east.

Keeping the familiar face theme going the Knicks brought back Summer League alum Maurice Ndour. During his 2015 run with the Knicks summer squad Ndour was one of the standouts that never made it to the opening night lineup.

In that summer run Ndour showed a couple things, but above all his non-stop motor. Much like Lance Thomas, Ndour makes up for any talent shortcomings with an insane amount of energy. Those are the type of players that play key roles during the dog days of the season. Ndour can join guys like Chris Copeland and Landry Fields as guys given a bone and turn it in to a legitimate future.

It wouldn’t be a Knicks summer without one signing to laugh at. Why Sasha Vujacic is still around is anyone’s guess. At this point there is reason to believe Vujacic is the international ambassador for the team and helps the European signees get accustomed to the NBA. If that is indeed the case then I like the signing.

On the court however, this signing is terrible. Outside of maybe a handful of hot streaks from three Vuhacic brings nothing to the table. He cannot defend and he cannot create his own shot. Expect him to play the role of team chemist and if he’s one the court for more than five minutes per game there are bigger problems at hand.