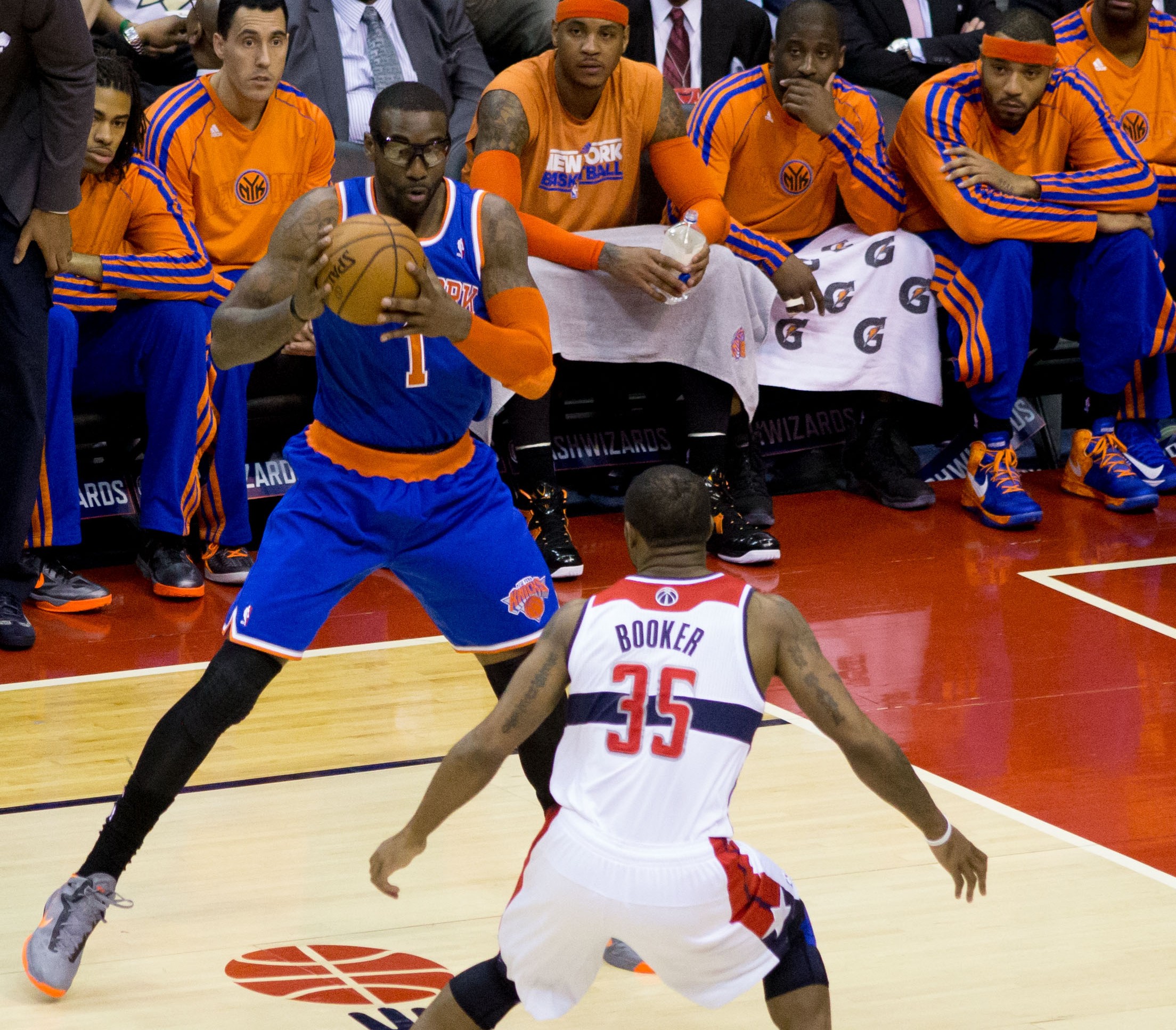 If you go by the numbers Amar’e had his best seasons with his original team the Phoenix Suns. Playing alongside Steve Nash he helped introduce the league into the “seven seconds or less” offense we now see in the league today. In his heyday—which spans roughly from 2005 to 2011—Stoudemire was everything Blake Griffin is today with a sharper jumper.

While a majority of his prime no doubt happened in Phoenix his apex was in New York during the 2011 season. Yes, his numbers for the 2007-2008 season were slightly better than his 2010-2011 numbers what Amar’e did for the Knicks went beyond the stat sheet (no pun intended).

Amar’e made the Knicks relevant again. The summer of 2010 was supposed to be when LeBron James came to the Big Apple, but instead they ended up with Amar’e. In his introduction he threw on a Knicks fitted and said “The Knicks are back!” A slew of jokes ensued followed by a 2-8 start to the season. Then Amar’e called out his teammates and went on a tear.

In the following week he started a run of nine straight games with at least 30 points. The Knicks started racking up wins in bunches. With no true second option Amar’e had people talking about the Knicks again, this time for all the good reasons. Raymond Felton was even being considered for the All-Star Game that season playing the role of beta Nash. Wilson Chandler was finally getting noticed and Danilo Gallinari was finally progressing.

Madison Square Garden finally had a reason to cheer for the home team, something that had become a rarity. The Knicks were actually relevant again. Relevant enough to swing for the fences at that year’s trade deadline and land Carmelo Anthony.

The Knicks went on to reach the playoffs that season and the two seasons after. Despite glimpses of Amar’e and Melo working well together the two were never able to gel. When they were not occupying the same space on the floor, injuries (and fire extinguishers) got in the way. Still, the Knicks enjoyed their best three seasons since 2000 with Amar’e on the team and it all started six years ago when he threw on that Knicks fitted.

So do not remember Amar’e Stoudemire as the guy who knocked himself out of the playoffs because he lost a fight with a fire extinguisher or enjoyed bathing in red wine. Remember him as the one guy who was willing to come to the snake bitten Knicks when no one else would.