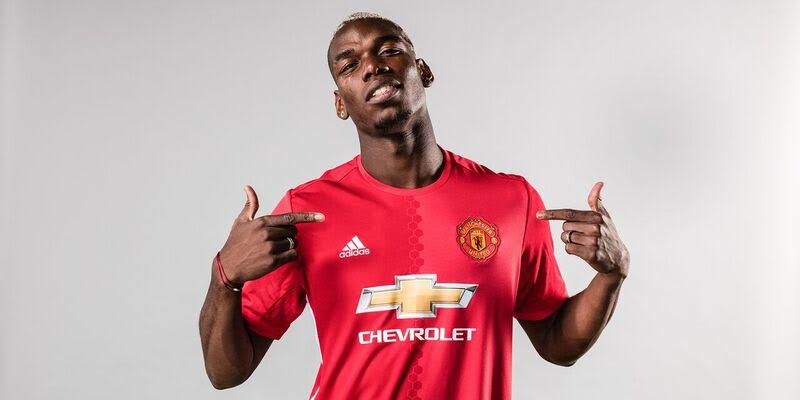 To celebrate Paul Pogba completing his world record transfer to Manchester United, adidas has released a music video tonight of the player showcasing his famous swagger as he dances to ‘Nigo Duppy’ by UK Grime artist, Stormzy:

The film pays tribute to the player’s unique style by showcasing his fresh haircuts and trending goal celebrations, paying homage to his on-pitch and off-pitch flair. Lifelong Manchester United supporter Stormzy also features in the track, as he replicates some of Pogba’s most celebrated dance moves.

The video continues the First Never Follows film series, which in pre-season has shown adidas clubs and players responding to the criticism and hype (the “blah blah blah”) of the transfer window, something which has pursued Pogba throughout the summer as speculation increased. The music video shuts down the rumors and celebrates the player’s move to Manchester United in authoritative fashion.

The film concludes with the rapper turning his back to camera, revealing Pogba’s name on the back of the new Manchester United away kit to celebrate the French star’s move to the club. The pair have previously met at adidas’ global HQ in March, where Stormzy dubbed them “a couple of young kings” on Instagram, a line he repeats in the opening of the dance clip. Stormzy was also involved at the launch of the new Manchester United away kit alongside David Beckham, to celebrate the re-opening of the adidas flagship store in London in May.

Pogba joined the adidas family in March, where the brand celebrated the signing by releasing an exclusive ACE 16+ PURECONTROL model in Pogba’s signature black and gold colours.