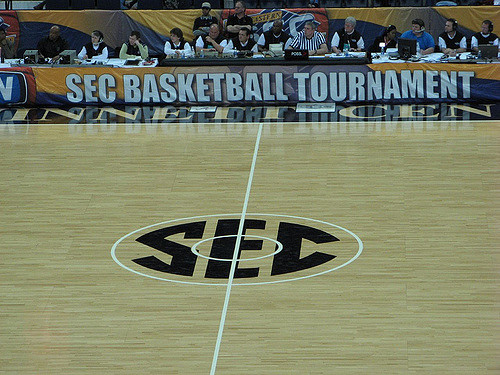 On December 29th, Ole Miss will open SEC play at home for just the fifth time in nearly two decades. The Rebels will open conference play at The Pavilion at Ole Miss, welcoming the Kentucky Wildcats to Oxford at 6 PM. People looking at college football picks will also be happy that Ole Miss finalized its 2016-17 schedule on Tuesday.

This was as the SEC office announced the 2016-17 league slate. With five home-and-home games, 4 home games and 4 road games, the Rebels’ 18-game league schedule will put them into contention against opponents like South Carolina, Mississippi State, and Tennessee.

With the SEC’s TV contract with ESPN, fans can rest-assured that all eighteen league games will be televised. The Rebels will be hitting the road soon after their opener against UK, preparing for a two-game swing at Florida and Auburn on January 3rd and January 7th, respectively. By January 11th, they will be back home to take on the Georgia Bulldogs. This is before facing the Gamecocks in Columbia, South Carolina (January 14th). There is a game at home against Tennessee (January 17th) and a game at Missouri on the 21st. Ole Miss will bring the month to a close with three games at home against Texas A&M, Baylor, and Mississippi State on the 25th, 28th, and 31st.

February for Ole Miss will kick off with back-to-back games on the road. The first is a contest at Vanderbilt on the 4th, this before going against Tennessee on the 8th. Soon after that, Ole Miss will return home for a contest against Auburn on the 11th and a match with LSU on the 14th of that same month.

These games will precede the road games at Arkansas and Mississippi State on the 18th and 21st of February. Along with an Alabama game on the 1st of March, Ole Miss can also look forward to a contest against Missouri on the 25th of February.

For the Rebels, the 2017 conference slate will finally come to a close when they take on South Carolina. This March 4th match will take place at home, this before they head to Nashville for the SEC Tournament (scheduled to take place between the 8th and the 12th of March).

Fans of Ole Miss can look forward to them opening the regular season in The Pavilion. The November 11th game will be against UT-Martin. Ole Miss is also expected to host UMass on November 14th. This is before the Rebels attend the Paradise Jam between the 18th and 21st of November in the U.S. Virgin Islands. The opening round will see Ole Miss play Oral Roberts on the 18th. Whether or not they will play Saint Joseph’s or Loyola on the 19th remains to be seen, this along with a match against either N.C. State or Creighton on the 21st. This will be the Championship game.

November 24th will find the Rebels rushing home to play three straight games. They will face Montana, Tennessee, and Memphis between the 24th of November and 3rd of December. They must also play Murray State, Bradley, and South Alabama at the Pavilion, these three-straight games taking place before the Rebels open SEC play against Kentucky on the 29th of December.

You can start buying tickets for The Pavilion at Ole Miss right now.