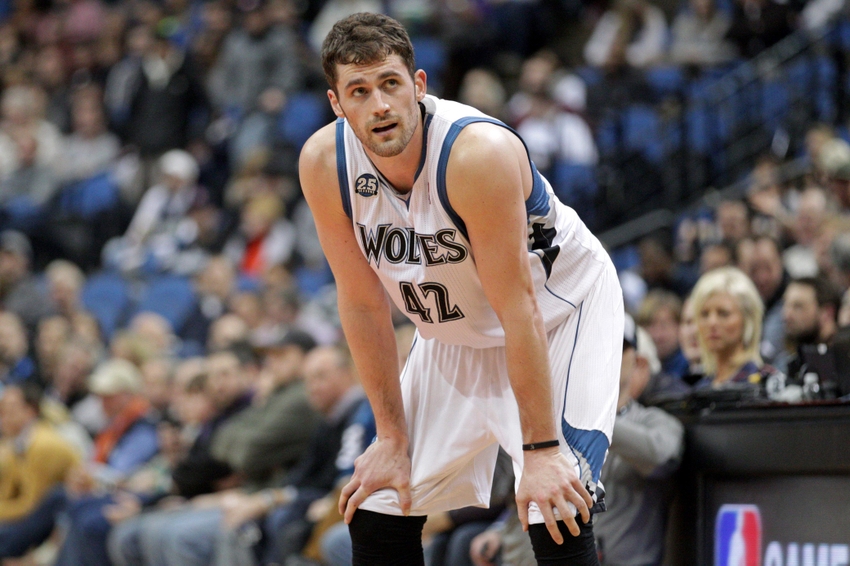 The funniest and least informative part of preparing for an upcoming NBA Draft is looking at the “NBA Comparison” for a given player in a Mock Draft’s analysis of said player. It’s often incredibly lazy, racially or geographically motivated, and a general waste of time unless you’re like me and like to make a game out of it. Let me explain: I’ve become incredibly capable of figuring out the majority of the NBA Comparisons for probable 1st Round selections based simply on their skin color and their ethnic background. For example, my favorite Mock Draft website, NBADraft.net, offered the following comparisons the last two years:

Here are the rules to remember if you ever decide you would like to play along at home:

That brings me to Kevin Love, and myself. I played a lot of pick-up basketball in my time at Florida Gulf Coast University. I don’t want to brag, because in the grand scheme of things the following statement means absolutely nothing and is really only meant to advance this particular story, but I was usually one of the best players out on the courts … and it just so happens that I’m a white male. Of course, those pick-up games didn’t feature only white guys. So you know what player comparison I, one of the best white players playing pick-up basketball from 2010 to 2014, got a whole lot? Kevin Love.

I never fully agreed with those comparisons, but in the same way that I understand NBADraft.net’s comparisons, I understood why I was routinely called “Kevin Love” in the middle of games. I was, and still am white; that’s an easy jumping off point for any comparison, I suppose. At various times throughout college I had a hair cut and facial hair that was comparable to that of Kevin Love’s. I also developed a pretty nice outside jumper once I got to college, and I’ve always had a knack for rebounding. So sure, in a very simple way that comparison actually made quite a bit of sense; more so than a comparison to Gordon Hayward would have. I always saw myself more as a Shaun Livingston (post knee injury), Boris Diaw (post getting fat), or Rajon Rondo (minus being a moody prick) type of player, but I was never going to complain about the compliments anyone gave me.

I don’t play pick-up basketball nearly as often as I once did or would like to now (a big part of this is because I’m getting old, and when you get old and make the decision to play basketball you’re basically accepting the fact that your body will tell you, “You’re an old bastard and you’re gonna regret doing this to me”), but I imagine that if someone were to call me “Kevin Love” in the midst of a basketball game right now, in the present, their motive for doing so would be altogether different than it was just two years ago. Now, if I were called “Kevin Love” it would be because one person felt compelled to talk trash to me. It would be because someone viewed me as expendable or soft. Or, more simply, it would be because I’m white.

Kevin Love’s reputation, and his legacy, have both undergone massive change in just twenty-four months time. Using the word “changed” is a nice way to say that the general opinion of Kevin Love in many people’s eyes has only worsened in the last two years. The way the popular majority views Love is like this: He was just a great stats/bad team guy in Minnesota that couldn’t stay on the floor once he started playing meaningful games in Cleveland. This is only partially true.

By saying that Love was just a great stats/bad team guy, you’d be severely underselling his raw skill, and how fucking baffling some of “great stats” were. Love did things that only surefire Hall of Famers have replicated, and in some cases, Love is all on his own. Only Shaquille O’Neal, Tim Duncan, and Dwight Howard have more 30 point, 15 rebound games than Love does in this 2000-2016 time-frame that I’ve been examining. Only Duncan, Dwight and Kevin Garnett have more 20/20 games than Love. Love’s 53 game double-double streak in the 2010-11 season is not only the longest streak in the league in the 2000’s, it’s sixteen games longer than any such streak dating back to the 1983-84 season.

Love’s 31 point/31 rebound game against the Knicks in 2010 is the only 30/30 game in my lifetime (Andrew Bynum is the only other player in the 2000’s that has notched a 30 rebound game), and Love is the only player NBA history that has ever put together a season in which they averaged 20 points, 10 rebounds and hit 125 three-pointers. Love’s exact numbers were 26.1 points, 12.5 rebounds and 190 three pointers. The closest thing to his 2013-14 season was Antawn Jamison‘s 2007-08 campaign when ‘Tawn averaged 21.4 points, 10.2 rebounds and canned 120 three pointers. Even though we’re fully aware that Love was a numbers machine in Minnesota, we’ve collectively forgotten about how absurd the version of Love that existed there was.

This isn’t to say that Love wasn’t, and still isn’t flawed. He’s never been anything more than a mediocre defender, and even saying that is giving him a ton of credit. Other than with his rebounding, he’s never been able to make a difference defensively. He’s one of the worst rim protecting bigs in the league, and that’s been a constant since he came into the league. He routinely missed defensive rotations and frequently did the aggravating I’m just gonna jog back on defense and point at a guy and yell for my teammate to pi — oh shit, they already scored move more than anyone else from 2010 to 2014.

Yet, for as flawed as he was, Love carried inferior teams to relevancy. Even though the Wolves never got to the postseason, Love was keeping them in games against teams that were deeper and clearly more talented night after night. He willed them there. Once Love moved permanently into the starting line-up in the 2010-11 season, his eight best teammates over those next four seasons were Michael Beasley, Luke Ridnour, Wesley Johnson, Ricky Rubio, Nikola Pekovic, Corey Brewer, Derrick Williams and Kevin Martin. The cherry on top of that shit sundae is this: in those four seasons he didn’t have a good coach, nor did he have a front office that was capable of putting a quality teams around Love. They passed on Stephen Curry (twice!) in the 2009 Draft, and then did the same thing with DeMarcus Cousins in 2010. There aren’t more than a couple dozen players in league history that could have flourished under those particular circumstances. In his final year in Minnesota the Wolves went 39-38 in games that Love played in. In retrospect, this was a borderline miraculous act.

And even still, the success (or in the eyes of many, lack of success) that Love had doesn’t properly define his career or legacy. From 2010-11 to 2013-14 Love was indisputably one of the ten most fun guys to watch in the entire league, peaking in that last Wolves season when he was launching six three’s per game, getting double teamed every possession, controlling the glass and launching outlet passes that looked like the prettiest Montana to Rice touchdowns. If it counts for anything (and I guess because I’ve made this entire list, it does) Love was always a blast to watch. He banged bodies in the paint with bigger and more athletic guys, grabbing more rebounds per game in the Minnesota years than everyone else in the league with the exception of Dwight Howard. He worked his ass off for position and made rebounding an art-form. He made it fun to watch a guy box out. Nobody else on the list did that. 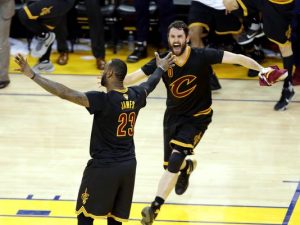 When Love got traded to Cleveland for Andrew Wiggins (and other scrap pieces like Anthony Bennett) I expected to see more of what I had been watching the previous five years. That wasn’t the case. In his two years as a Cavalier Love has never been a priority offensively, and he remained a liability defensively. The Cavs (take that as LeBron, David Blatt or Ty Lue) never figured out how to properly utilize Love. His post touches diminished and he was relegated to serving as a spot up shooter on most possessions, and still, Love has averaged 16 points and 10 rebounds per game in his two Cleveland seasons.

I’ve never bought into the demise of Kevin Love narrative because I watched a ton of Wolves games when Love was there and I’ve watched nearly every Cavs game over the last two years. I saw what he could do as a focal point of the offense and I know that he was nothing close to that in Cleveland. I’m not saying Love should be getting twenty shots a game, but I am saying that there are far too many possessions when Love isn’t involved in the offensive set even a little bit, and that’s just unacceptable. Love isn’t past his prime and he hasn’t suffered any sort of injury that would rob him of prime years. What he’s lacking more than anything else is opportunity.

And it’s funny that this is the case, because going back to the “NBA Comparison” idea in the intro, Love’s player comp coming out of UCLA wasn’t a defensive liability, nor did he possess 25-foot range. The comparison was to Wes Unseld; a gritty, undersized rebounder who threw breathtaking outlet passes, set hard screens, and averaged more than 12 field goal attempts per game only once in his career. This comparison is either a testament to how far Kevin Love has come in less than ten years or it’s the laziest player comparison in the history of player comparisons, considering Kevin Love’s middle name is Wesley, a tip of the cap to Wes Unseld, close friend of the Love family.