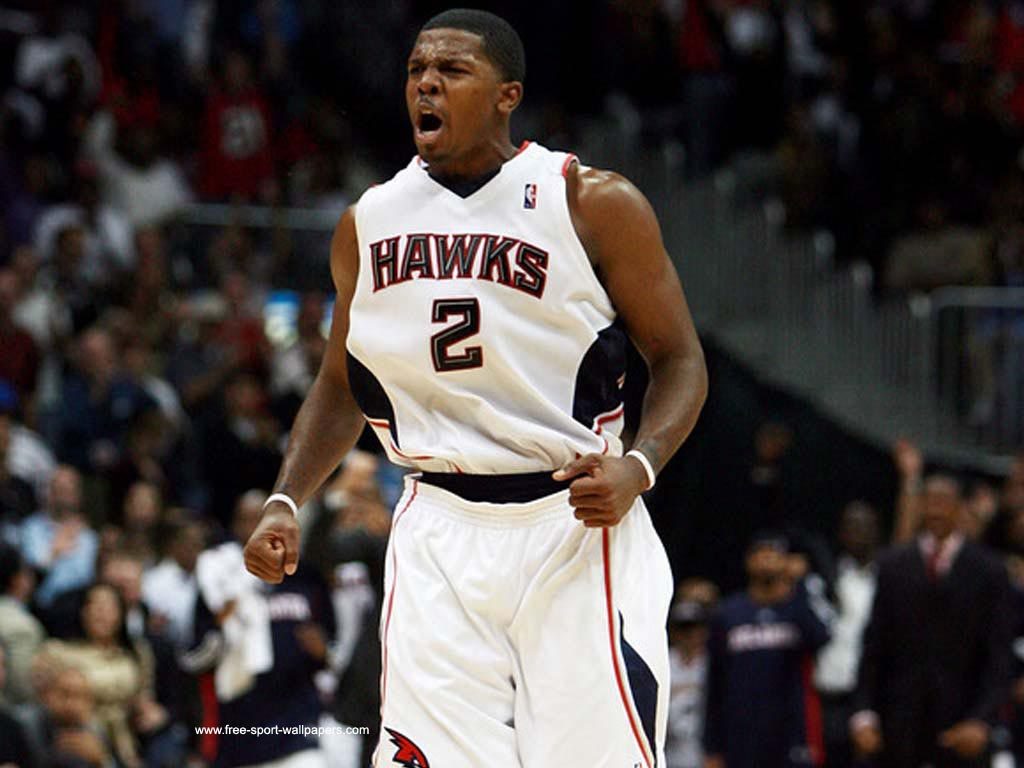 Rather than waste everyone’s time with some sort of cutesy introduction, I’ll just be honest with y’all … I had no idea what kind of story I should attempt to tell in this Joe Johnson section. I don’t want this to sound like I’m insulting the man, but he’s arguably the blandest player on this Top 50 list. Shit, even his name is brutally plain. Joe (or Joseph) is the ninth most common first name for males in the United States; Johnson is the second most common surname. It’s no wonder he’s flown under the radar for years. His name and personality are perfectly intertwined, keeping his successes, failures and everything else a mystery to the casual NBA fan.

So to ensure that I hit all crucial Joe Johnson anecdotes, I decided I’d have to resort to bullet points, all of which are related to Mr. Excitement himself. If that doesn’t get ya pumped for the thousand words to come, I don’t know what will!

—  You know what really held Joe Johnson back historically? The lack of a great nickname. The Kevin Garnett-inspired “Joe Jesus” didn’t totally stick, mainly because that’s awfully high praise for a guy that’s never made it past Round 2 of the Playoffs (he also hasn’t done any cool Jesus shit like walk on water or even turn water into wine). Others have tried to get “Joe Cool” and “Big Shot Joe” to stick, but those are infringing on the copyrights of Joe Montana and Robert Horry‘s nicknames. You don’t even hear anyone else really try to get any others to stick. Why didn’t anyone ever try Joey Clutch (more on this in a moment) or Double J (trust me, nobody in the wrestling community would have made a fuss over Joe Johnson grabbing Jeff Jarrett’s nickname, or his mid-’90’s gimmick). Fittingly, the nickname that has stuck with Joe Johnson has been Iso Joe, a tip of the cap to Double J’s frequency to isolate in halfcourt offense and his reasonable rate of success.

You see how seamlessly I gave Joe Johnson a new nickname?

—   So yeah, Double J called his own number quite a bit and that, for better or worse, became his reputation as a player. It’s not like a Joe Johnson iso-heavy offense was all that terrible. It’s not as if the keys to an NBA offense were handed over to someone like, I don’t know, Alonzo Gee. Johnson was equipped to handle the burden for an NBA team that aspired to win somewhere between 35 and 50 games. He’s got great size and underrated quickness. In his younger days he was able to beat bigger defenders off the dribble with ease and bully smaller guards in the mid-post. With a high release, Double J could get a jumper off over anyone, and he was able to routinely create enough space to get off shots relatively uncontested thanks to a tighter-than-talked-about handle, which ended Paul Pierce‘s run as a franchise cornerstone type of player.

—    I mentioned this once already, but it’s so remarkable that it really needs to be mentioned twice: Joe Johnson is the sixth highest paid player in NBA history.

—    I know, you’re thinking, “How the hell did Joe Johnson make so much damn money?” Well, I’m here to come to his defense. First, Joe was insanely durable. It was basically a guarantee that you were getting a full seasons worth of games from him; he missed more than ten games in a season only once in his fifteen year career. Second, and this isn’t meant to be hyperbolic at all, Joe has been one of the great game is on the line shooters over these last fifteen years. He’s hit more buzzer-beaters than anyone else over the last decade. It’s a real thing. He’s got a nice looking YouTube highlight reel and everything. 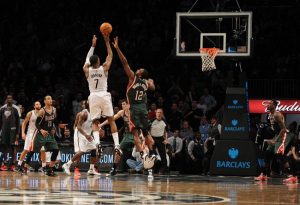 —    Either directly or indirectly, Joe Johnson is involved in two of the biggest “what if” trades of the 2000’s. In 2005, after making the Western Conference Finals for the first time in twelve years, the Phoenix Suns decided to trade Joe Johnson to Atlanta for Boris Diaw and two future 1st round draft picks, both of which the Suns eventually traded away and got nothing of value in return for. The Suns made this trade despite the fact that Joe Johnson, A) Was just 23 years old, B) Was an absolutely perfect fit to be playing alongside Steve Nash, Amar’e Stoudemire and Shawn Marion in Mike D’Antoni‘s offense, and C) Had just finished a season where he hit 48% of his three’s in the regular season and 56% in the postseason. It just didn’t make sense.

Now what’s funny is, the trade Phoenix made eleven years ago will forever be infinitely better than the trade that Johnson’s future team, the Brooklyn Nets, would make in the Summer of 2013. The Nets, led by Johnson and Deron Williams, had been bounced in the 1st Round of the 2013 Playoffs. In an attempt to open their championship window for the short term, the Nets sacrificed their future to bring in Paul Pierce and Kevin Garnett (actually sacrificed isn’t a good enough way to describe it … the Nets looked at a prospective future and just said “Ah, fuck it”). Pierce played a year in Brooklyn and Garnett was there for a year and a half … and all the Nets got out of ’em were 12 Playoff games. It takes 16 wins to get a championship. The Nets only played 12 Playoff games in 2014. You smellin’ me? The Nets made the second round and were bounced by the three-time defending Eastern Conference Champion Miami Heat.

Surely you know that the Boston Celtics are still receiving picks from the Nets from that trade. They’ll swap 1st rounders in 2017. The Celts own the Nets 2018 1st rounder and it’s unprotected. In totally related news, the Nets won 21 games last season, 27 fewer than the Celtics.

—    And how about this for a what if, one that is much more personal for Joe Johnson … what if he had spent his entire prime with Steve Nash and the Suns? The 2004-05 Suns were the best team Joe Johnson ever played on. The ’06, ’07, ’08, ’09 and ’10 Suns could have been even better if Johnson were there. There’s no way to prove it, but I truly believe that if Phoenix didn’t trade Joe Johnson the Seven Seconds or Less Suns would have won a title at some point in the 2000’s. And think of how differently we’d think about Double J if that were the case.

The perception we, the fans, have of players is largely dependent on the amount of success they achieved in their career and how much fun their teams were to watch. No team was more fun to watch than the SSOL Suns, and very few postseason regulars were less fun to watch than the Atlanta Hawks. Johnson’s stagnant iso-heavy game didn’t help things, but think about the point guards he was saddled with those Hawks years. The five best point guards Johnson played with from ’05-’12 were post-prime Mike Bibby, post-prime Kirk Hinrich, pre-prime Jeff Teague, Speedy Claxton and Ty Lue. None of those dudes were getting Joe Johnson easy buckets. How many wide open jumpers and fast break lay-ups would Nash have gifted Joe Johnson over that same seven season stretch? Would we remember Johnson the same way we will likely end up remembering Klay Thompson? And now we’ve arrived at the sad truth; casual fans will eventually forget about Joe Johnson entirely.