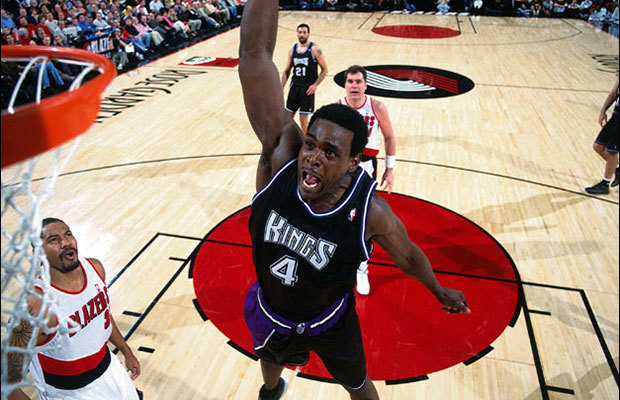 One of the best internal debates that I have had throughout this countdown process has been figuring out the best team of the 21st Century that never made the NBA Finals. Now I’m not simply looking at a one season sample from any given team. I’m talking about a team that sustained excellence for an extended period of time; a team that was in the collective consciousness of basketball fans for a duration of years, yet they only ever knocked on the NBA Championship door … they never broke it down and walked through it. There are plenty of teams that could be mentioned, but these are the five that make the most sense to me.

Some stuff that stands out to me:

-Every team on this list made at least one Conference Finals except for the Clippers, who will be making the first in franchise history this season (count that as one of the many NBA predictions you’ll see right here at Hardwood and Hollywood over the next few weeks).

-Every team on the list has a legitimate argument that they should have made at least one NBA Finals, or at the very least, they can make a case that they should have had more success than they actually did. The Clippers blew a 3-1 lead against Houston in 2015, robbing them of the chance to play Golden State in the Conference Finals. The Pacers took a 2-1 lead against Miami in Round 2 in 2012, and were a surefire Playoff team for 2015 if Paul George hadn’t broke his leg during the Summer of 2014. The Suns caught all kinds of bad breaks over six years: Joe Johnson‘s broken face, Amar’e’s knee injury, the Amar’e/Diaw suspensions in 2007, etc. The Bulls troubles can be boiled down in six syllables … Derrick Rose ACL. And the Kings, well, we’ll get to the Kings.

-All five of these teams are memorable for reasons that extend beyond their success (or lack thereof). The Clippers have been a highlight factory ever since DeAndre Jordan and Blake Griffin coined the nickname “Lob City” when the Clippers traded for Chris Paul. Steve Nash and Mike D’Antoni helped the Suns usher in an era of up-tempo, space-emphasized basketball. The Bulls rode stingy defense and Derrick Rose, a transcendent and freakishly athletic point guard, to league bests in wins in back to back seasons. The Pacers zigged when the rest of the NBA zagged; they banked on size, defense and coaching being able to trump skill and speed. And the Kings, well, let’s just get to the Kings.

The Sacramento Kings were the first “Almost There” team of the 21st Century. Even though they certainly had no intentions of doing so, they blazed a trail for all four other teams mentioned above; teams that casual fans could get behind each year because they were some combination of aesthetically pleasing, ahead of their time, or decidedly different from the rest of league. The Kings managed to be all three and much more. The early ’00’s Kings were equal parts showman and competitor; they had an unmistakable charisma as both a unit and individually, but it was accompanied by a grittiness and brashness that doesn’t always go hand and hand with such on-court flash.

If the Kings hold the somewhat dubious distinction of being the first NBA team in the 21st Century that never quite reached their full potential (or at least never got lucky enough to play in an NBA Finals), it’s only fair that I say the same of Chris Webber. He’s the first “Almost There” player of this century, a proper embodiment of how frustratingly close the team he is most closely associated with could come to winning an NBA Title, without ever even playing in the NBA Finals.

Chris Webber, and the Kings as a whole, will be remembered for coming so close and falling short; a fate that wouldn’t really matter in the grand scheme of things if we didn’t collectively agree that this failure was an underachievement. Plenty of players go without playing in an NBA Finals. Plenty of teams are bounced rounds, or even games before playing on the biggest stage in professional basketball. Few players were blessed with the skills, both God-given and acquired, as C-Webb. Few teams came as close, and were so equipped, to reach the mountaintop.

It’s my belief that at least a portion of the blame from any Kings fan has to be directed towards Webber. I don’t typically like to partake in this sort of scapegoating; it seems silly to throw blame at the best player on a given team if they don’t achieve the sort of success we expected of them. It’s rarely the his fault. And in this case, though Webber is certainly not exempt from blame, it’s absolutely true that if he were removed from the picture and the Kings instead employed a replacement level player as their starting Power Forward from 2000 through 2004, they would not have made a Conference Finals, nor would they have pushed the Los Angeles Lakers to the brink of elimination in the 2002 postseason. 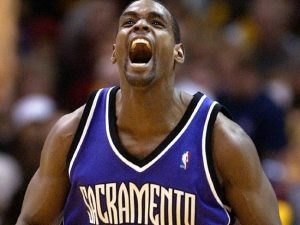 Webber was a devastating scorer in his athletic prime so long as you caught him on a night when he was as assertive as he should have been far more often than he was. Though he wasn’t a knockdown mid-range shooter like some of his early ’00’s contemporaries (Kevin Garnett, Dirk Nowitzki, Tim Duncan), Webber was steady enough to make defenses honor him out there, and his first step and explosion moving towards the hoop made him an effective scoring option. C-Webb was capable enough of leading a sixty-plus win team in scoring; he did it in 2002. Dealing with the nightly scoring burden isn’t where Webber was most in his element, though. There are all different ways to look at it, but C-Webb was passive in nature, and that turned out to be both a blessing and a curse.

On one hand, Webber was arguably one of the most skilled passing big men to ever play in the NBA. He assisted on an absurd percentage of his teams made baskets while on the court throughout his entire career, and he made difficult passes look routine, and routine passes look flashy. Webber (and Kings frontcourt mate Vlade Divac) made a habit of dishing all sorts of no-look and behind the back passes, something foreign at the time for players who weren’t spending the bulk of their time on the perimeter.

Whether Webber was a revolutionary or just someone ill-prepared to be the alpha dog for a great team is debatable. Webber made the passing Power Forward an effective and popular weapon; you could run your offense through him at the elbows and in the post, and you’d know that you were likely going to get an open look out of it, even if it weren’t for Webber himself. Then again, Webber always seemed a little too willing to concede to teammates late in games, or at least a little too hesitant to fully assert himself.

Perhaps this idea, the idea that Chris Webber routinely shrunk late in games is a product of his timeout blunder way back in the 1993 National Championship Game. Webber’s college legacy to remarkably similar to that of his NBA legacy: a remarkably skilled player on transcendent teams that came up a hair short from sports immortality. Despite losing in the National Title Game, the Fab Five are one of, if not the most memorable team of the last quarter century. Despite never making the NBA Finals, the early ’00’s Kings are considered one of the most entertaining teams in league history. Both teams fell short. Both teams arguably should have won a title.

Webber didn’t have an agonizing moment in the NBA like the non-timeout in the ’93 Championship Game, but he did two in particular that came close. In ’02, up 2-1 in the Conference Finals against the two-time defending NBA Champion Los Angeles Lakers, the Kings clung to a two point lead late in the 4th quarter. With only seconds remaining, Kings Center Vlade Divac tipped the ball away from the rim right into the waiting hands of Robert Horry at the top of the key. As Horry got the eventual game-winning buzzer-beating three off, Webber got a late contest on the shot, and if you look closely enough you’ll see that Webber was just an inch or so away from getting a piece of Horry’s shot, and giving the Kings a 3-1 lead.

The second moment isn’t nearly as memorable as the almost-block on Horry’s three. It came in Game 7 of the 2004 Western Conference Semi’s against Minnesota. Webber was a year removed from a knee injury that robbed him of his explosiveness. He was already on the downswing of his prime and the Kings best days were behind them. Even still, Sacramento had a chance to steal a Game 7 on the road and advance to the West Finals. With the ball down by three, the Kings inbounded to C-Webb on the wing and he managed to get off a fairly uncontested three-pointer at the buzzer. Again, it should be mentioned the Webber was never the most reliable outside shooter. But in retrospect this just feels like a shot that someone like Tim Duncan or Kevin Garnett, and definitely Dirk Nowitzki, would have hit in a similar spot.

Webber missed. He and the Kings again came up just short of true greatness. And that will forever be Chris Webber’s M.O.