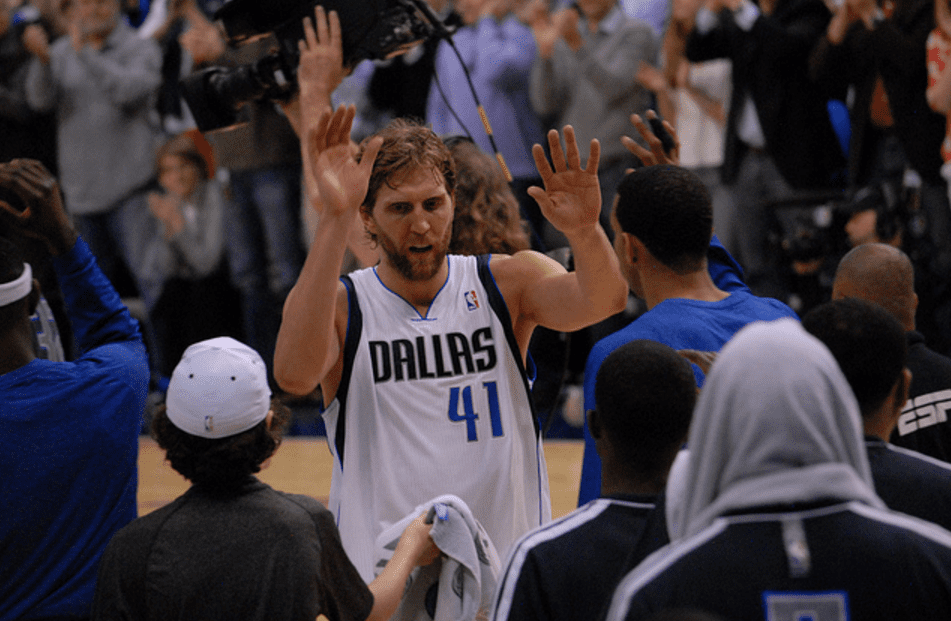 Presenting an NBA preview of the Dallas Mavericks that looks at the potential highs and lows for this coming 2016-17 NBA season.

What’s Good… As if handed a pardon by the Basketball Gods, the Dallas Mavericks managed to survive yet another bumpy and zig-zaggy offseason after letting forward Chandler Parsons slip through their fingers. So how did they accomplish such a task? By heading over to the lawn of the Golden State Warriors and packing up all their disregarded toys. Harrison Barnes was signed to a four-year, $94 million dollar deal along with Andrew Bogut, who will serve as the five this year, a position that has a high turn-over rate here in Dallas. Both acquisitions will help strengthen the defense, something that has been a staggering weakness in this Western Conference team. During the 2015-16 season, the Mavs graded out 16th in defensive rating and field-goal percentage against. The Mavs also resigned the famous All-Star with secret old-man powers Dirk Nowitzki, Texas-grown Deron Williams, and the better half of the Rajon Rondo trade Dwight Powell. Not to mention the fact they picked up Seth Curry, Quincy Acy, and Jonathan Gibson. The city (not to mention owner Mark Cuban and head coach Rick Carlisle) have high hopes for the starting rotation which will most likely consist of Nowitzki, Williams, Wes Matthews, Barnes, and Bogut.

What’s Bad… Um, well, they PLAY IN THE WESTERN CONFERENCE AND HAVE YOU SEEN THE TEAMS IN THE WEST??? OH HOLY MOTHER OF anyway, this could possibly strike fear in the hearts and minds of Mavericks fans everywhere but it’s a thought that needs to be shoved in the darkest corner of the mind and left to rot. One other glaring factor is Nowitzki’s age and the fact that his minutes need to be shaved whether we like it or not. Thing is, when the Mavs attempted this last season, the team seemed to collapse in on itself like a dying star.

Bet On… Justin Anderson contributing a crap load more this year. He’s quickly becoming a massive asset off the bench as a pivotal swingman. Last year he averaged 8.3 points and 5.7 rebounds and started eight of the final 11 games which landed them a spot in the playoffs. His work ethic is lion-like (there’s a reason way his nickname is Simba) and he brings an energy to the locker room that’s intoxicating.

The Crystal Ball Reveals… Stephen Curry won’t be the only Curry the league will be talking about this season. During his home preseason debut, the 26-year-old Seth Curry led all scorers with 20-points in 22 minutes and showed a confidence that set him apart from his spotlight stealing brother. While preseason means absolute balls, his deep rooted aggression only proved that he will be another key asset off the bench.