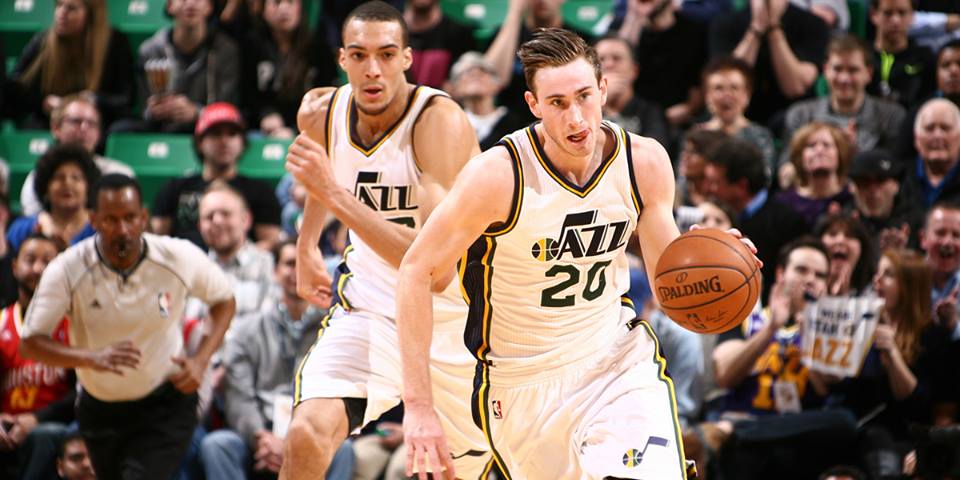 What’s Good… The Jazz made a few semi-splashy offseason acquisitions, and they’ll be getting young Australian Point Guard Dante Exum back as well, so Utah should be one of the deeper teams in the entire NBA. They have somewhere between 10 and 12 playable guys, and that’s not something every team, even contending teams, can boast as we head into the 2016-17 season.

More important than just bringing in capable bodies, the Jazz addressed some of their biggest areas of weakness from last season: George Hill isn’t an All-Star by any means, but he’s steady and experienced, underrated both defensively and as a spot up shooter, and the Jazz needed an upgrade at Point Guard more than any other team in the league. Additionally, Joe Johnson and Boris Diaw are experienced vets that the Jazz got for essentially nothing, so if they have something left in the tank (and I expect that they do) they could end up being two of the biggest steals of the Summer.

What’s Bad… For the first time in a long time there are realistic postseason expectations for the Jazz, and when a team that hasn’t faced that sort of pressure is suddenly playing with that extra weight it doesn’t always end well. The Jazz aren’t so talented that any internal pressures will be non-issues; they don’t have a superstar and it’s unclear if Gordon Hayward or Derrick Favors will ever become one. But the lack of star power and experience isn’t the only thing that could hold Utah back … aside from Hayward it’s still a mystery as to whether the Jazz will get the sort of production on the perimeter that they need in order to secure a spot in that next tier below the Warriors, Clippers and Spurs. They certainly shouldn’t count on a major Joe Johnson resurgence over 82 games, so it will be up to Rodney Hood or Alec Burks to make a leap, or for Dante Exum to perform how the Jazz hoped he would when they selected 5th in the 2014 Draft.

The X-Factor… We’ve been waiting for the full-blown Gordon Hayward breakout year for quite some time now, and if it’s ever gonna happen then it needs to happen this year. Based on what we’ve seen from Hayward over the last six years, no one should be holding their breath in anticipation of Hayward evolving into anything more than a guy who puts up a 20-5-5 stat line and shoots somewhere around 45 percent from the field. He’s a fine player, by all accounts a great teammate and the Jazz will have a hard time filling the void he leaves as he nurses a broken finger for the first month or so of the season, but the easiest way for Utah to evolve from fringe Playoff team to annual West contender is for Hayward to bring his game to a new level. Until he does, Utah’s ceiling is easily identifiable and lower than Jazz fans would hope.

Bet On… I would bet on at least one member of the Utah Jazz to take home some hardware at the end of the season. I’ve got Rudy Gobert, Quin Snyder, and Dennis Lindsey penciled in as top three choices for Defensive Player of the Year, Coach of the Year, and Executive of the Year respectively. Give me at least one of those three to be award recipients come April next year. If the Jazz can secure a Playoff spot, as is expected, all three could be looked at as solid candidates.

The Crystal Ball Reveals… The Utah Jazz will be in a four-way race in the Northwest Division all season long along with the Portland Trail Blazers, Oklahoma City Thunder, and Minnesota Timberwolves, and they’ll eventually secure a Division Title that nobody cares about for the first time since the Carlos Boozer/Deron Williams days. However, unlike in 2008, the Jazz won’t make it out of the 1st Round of the Playoffs in 2017.