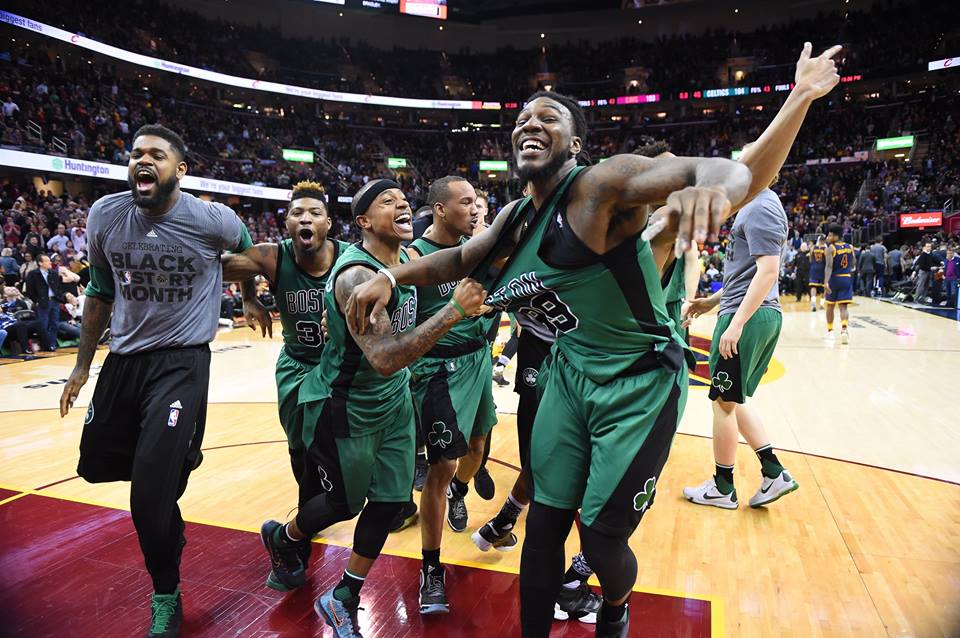 Presenting an NBA preview of the Boston Celtics that looks at the potential highs and lows for this coming 2016-17 NBA season.

What’s Good… It’s a great time to be a Bostonian. The Patriots are the class of the NFL yet again, the Red Sox are back in the Playoffs, I think Boston has a functioning hockey team, and the Celtics enter the NBA season an honest to God contender for the first time since this happened:

Sorry to bring up those rough memories, Celtics fans. Look on the bright side though: the 2016-17 Celtics are among the deepest, most versatile and well-coached teams in the entire NBA. The Celts secured Al Horford, the second best free agent during the summer, and employ a stable of capable ball-handlers and wing defenders.

What’s Bad… The last team to win a title, or even play in the NBA Finals without a super reliable/All-NBA caliber late game scorer was the mid-’00’s Pistons. As talented as Horford is, he’s never shown the consistent drive to be the kind of guy who imposes his will against opponents down the stretch, and I’m skeptical that Isaiah Thomas can be this sort of player for a team that ends up playing in the NBA Finals.

The X-Factor… The X-Factors (plural) for the Celtics are all of the guys who would see minutes defending LeBron James and Kyrie Irving in a hypothetical Eastern Conference Finals series. This could just be a waste of words since LeBron has proven time after time that it’s a near impossibility to slow him down in the postseason and Kyrie is a damn wizard with the ball in his hands, but if anyone in the East has the group that could at least make life difficult for LeBron and Kyrie, it’s Boston. Jae Crowder and Rookie Jaylen Brown would likely see the lion’s share of the minutes on LeBron, and Kyrie would have his hands full dealing with Avery Bradley and Marcus Smart.

Bet On… I don’t mean to continue beating a dead horse, but there’s something to this Celtics defense. I like how they could have effective defensive units on the floor regardless of if they are playing big or small, and we know Brad Stevens will have them prepared. I’d bet on Boston leading the league in Defensive Rating (points allowed per 100 possessions). An additional prediction: don’t be shocked if Boston climbs from 10th into the top five in Offensive Rating as well. Horford’s ability to space the floor should really open things up for a clever Boston offense.

The Crystal Ball Reveals… I see Boston winning the irrelevant Atlantic Division and going over their Vegas projected win total, a surprisingly low 52 wins. I think at some point there will be collective agreement that Brad Stevens is one of the three best coaches in the NBA. Finally, I expect that the Celtics will make it to the Eastern Conference Finals, and give LeBron his greatest test there since his Miami Heat dug themselves out of a 3-2 hole back in 2012.