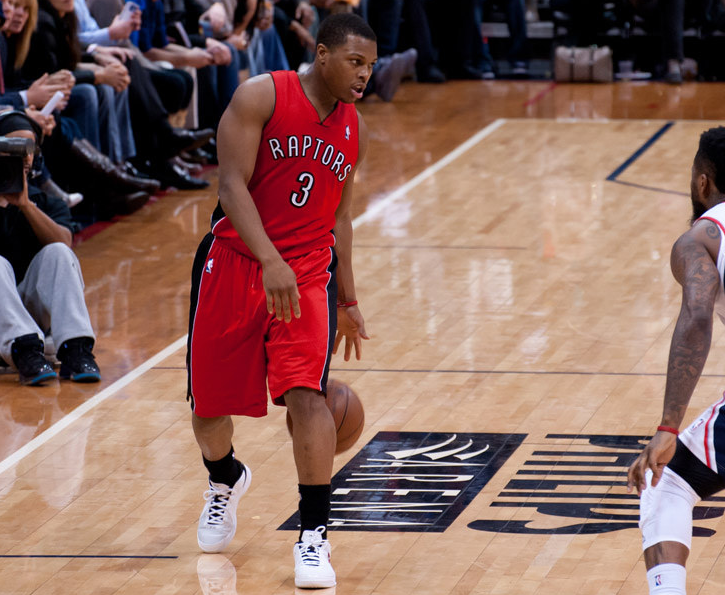 Presenting an NBA preview of the Toronto Raptors that looks at the potential highs and lows for this coming 2016-17 NBA season.

The Toronto Raptors had an excellent 2015-16 season, finishing 56-26 in the regular season, and falling to the NBA champions, the Cleveland Cavaliers, in six games in the Eastern Conference Finals. The core of the Raptors – Kyle Lowry, DeMar DeRozan, and Jonas Valanciunas – is intact, ready to challenge the Cavaliers once again. But, with the Boston Celtics getting better, as well as the Indiana Pacers, how tight of a fight will it be to become the most serious challenger to the Cavs’ throne?

The Good… The aforementioned core trio is still here, thanks to DeRozan deciding to stay and not bolt during the offseason. Important role players, such as DeMarre Carroll, Patrick Patterson, Cory Joseph, and Terrence Ross, who always seems to be hot or cold, are also back. Norman Powell and his potential return, ready to rock in his sophomore season. The addition of Jared Sullinger will hopefully make up for the losses of two bigs in Luis Scola and Bismack Biyombo, who got paid. But, the Raptors are really hoping that ninth overall pick in the 2016 NBA Draft, Jakob Poeltl can earn his spot as Valanciunas’ main back-up eventually. Poeltl was an efficient scorer in college, shooting 65.8 percent during his two seasons at Utah, and has the ability to board and even pass. All of that said, the real key here is that the Raptors have continuity with their main rotation and system, something that can be considered a luxury in today’s NBA. Their experience last postseason to get into the Eastern Conference Finals should also prove valuable for the franchise.

The Bad… They’re one Valanciunas injury away from not doing as well as many expect because Biyombo’s departure might significantly hurt the team. He averaged 7.2 points, 12.2 rebounds, and two blocks a game as a starter in 22 contests when Valanciunas went down to injury. And, it’s not like Valanciunas has the best history of health either. It’s a minor issue maybe, but maybe not, but Lowry will be a free agent next summer (queue dramatic music) and has already said he won’t sign an extension during the season. He plays an important position in the NBA and has obviously proven himself as one of the better point guards in the A, so his services will be in demand. It wasn’t a distraction last season with DeRozan, so maybe I’m just reaching here because there isn’t too much bad up in the T-Dot, other than the aforementioned Valanciunas potential injury… cross your fingers, Raptors fans.

X-Factor… It’s Carroll all day. Last offseason, Carroll was looked at as an excellent addition to the Raptors and could have been that versatile do-it-all type of player that would push them to being a top-tier team. Well, unfortunately, he only played 26 games due to injury and never got into a groove like he had played in when with the Atlanta Hawks. Despite this fact, he still put up some very solid numbers – 11/5/1 with a couple of steals and duo of triples per game. Imagine how much better he’s going to be if he stays healthy for a full season from beginning to end. The ultimate glue guy, Carroll could help overthrow the Cavs.

Bet On… Lowry and DeRozan to continue being the best backcourt duo east (and north) of Stephen Curry and Klay Thompson. Carroll to be hawk-like again. Delon Wright to take a big step and become Lowry’s prime back-up and bringing up the question of, “Can we let Lowry go in free agency?” Valanciunas to get hurt and the Raptors suffering for it in the beginning before Poeltl starts to figure it out.

The Crystal Ball Says… The Raptors finish second in the Atlantic Division behind the Boston Celtics because of two main things – a Valanciunas injury that hurts because no Biyombo type of player behind him and, well, the Celtics just getting better with another season of Brad Stevens genius and the addition of Al Horford. However, the Raptors will still make some noise, but lose out to the Indiana Pacers in the second round of the NBA Playoffs.