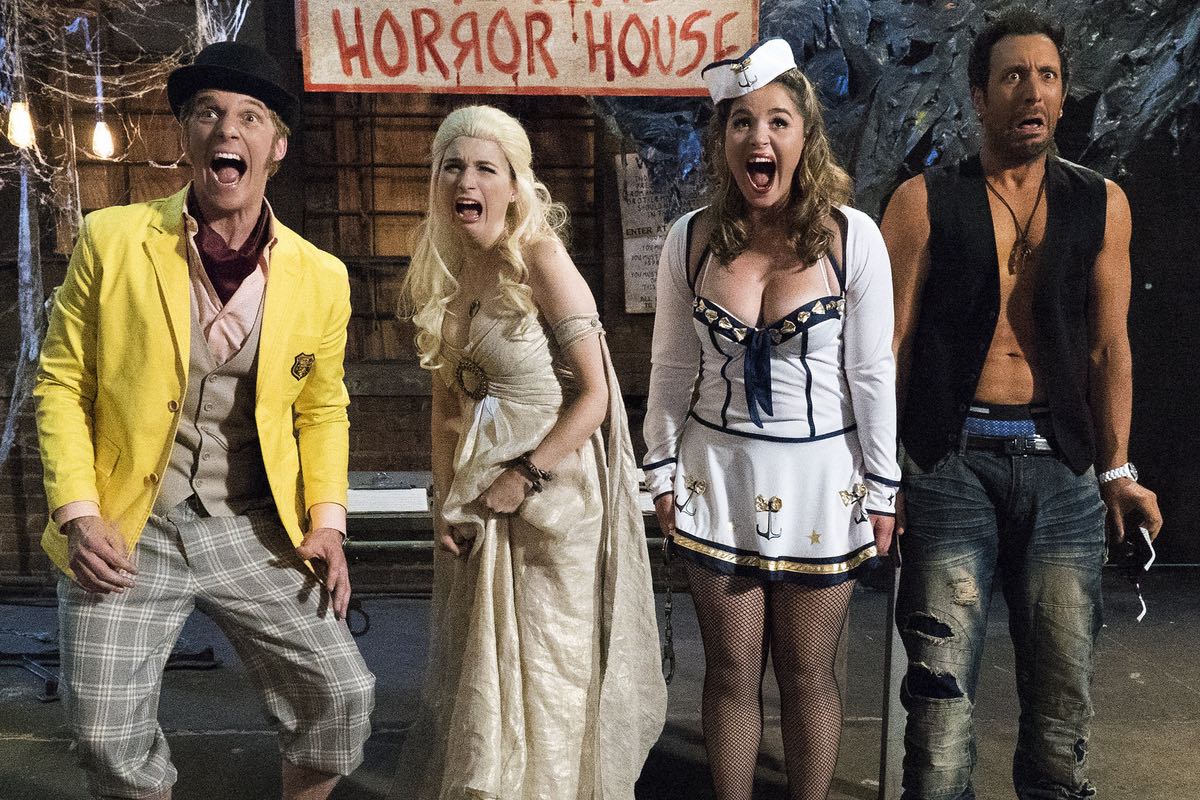 We’re celebrating Halloween every day in October by looking back on our favorite Halloween episodes. Today’s episode is “Spooky Sunday Funday” from You’re the Worst.

Gretchen Cutler has depression and in a misguided attempt to make her feel better, Jimmy Shive-Overly plans a day tailored to her weird interests. She has fun, but is upset when she finds out that he only planned the whole thing in an attempt to fix her. He doesn’t understand why she’s upset and walks off. She decides he’ll never stop unless he thinks she’s already fixed, so she tells him that his plan worked and she’s totally over her fun.

Edgar Quintero and Dorothy Durwood provide a counterpoint to Jimmy and Gretchen’s storyline. Edgar is honest with her about his issues, she listens to him and they grow closer.

In the most cathartic plotline of the episode, Lindsay Jillian finally gets the power in her house back. Just when she’s feeling completely helpless and down on herself, a haunted house employee takes the time to talk her through it and remind her of the importance of breaking overwhelming tasks down into smaller, more manageable tasks. Lindsay’s arrival back at her house demonstrates the kind of small half-victory that makes You’re the Worst so resonant. Her house has been egged and TP’d and every single thing in the house is on, including the oven and the smoke alarm, but at least she finally figured out how to get her power back.

This may be a sitcom, but if you’re looking for disturbing Halloween episodes, look no further. They really do not hold back with the sequence where the gang goes to a haunted house. This episode is more legitimately scary and creepy than most episodes of horror shows.

Edgar Quintero as The Situation

Lindsay Jillian as a sailor

Nina as a hippie