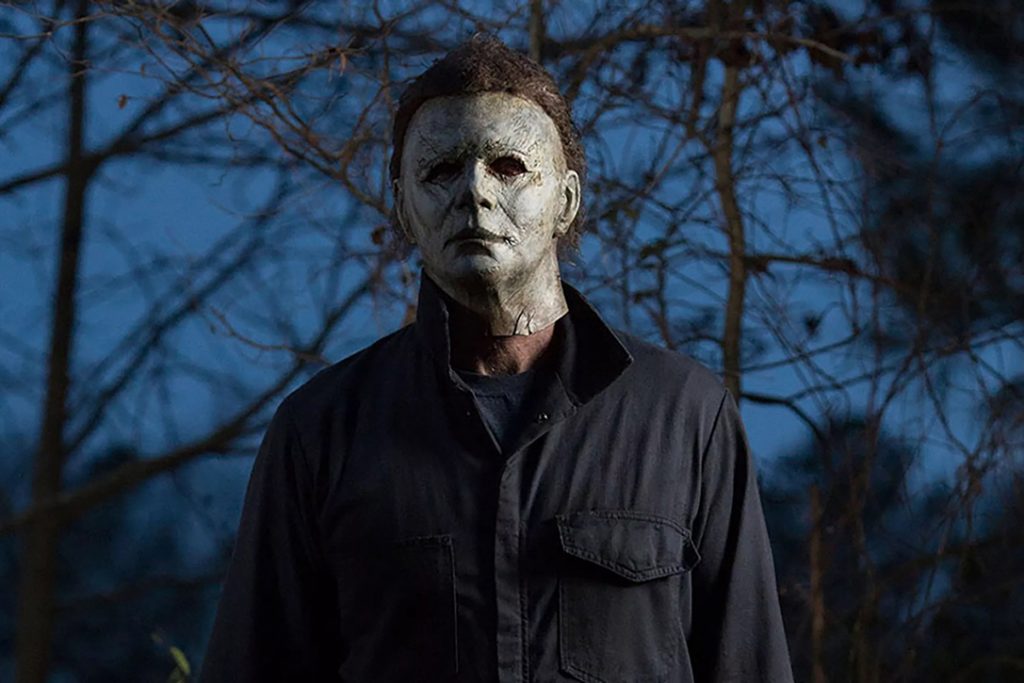 In the last four decades, Michael Myers has been stewing in a rehabilitation center, waiting for the evil to take the wheel again. Clearing out all the mediocre Halloween sequels, this direct sequel to John Carpenter’s original Halloween movie helms the reunion of the Boogeyman and Laurie Strode, the prey that got away. Directed by David Gordon Green the 2018 Halloween film makes The Shape scary again. Jamie Lee Curtis is back, and she’s joined by Judy Greer, Andi Matichak, James Jude Courtney, and Nick Castle.

Penned by comedian Danny McBride, the script keeps it old school, relying on ominous kills with just the right spurts of gore to keep you on edge. The script makes Michael Myers intimidating once more, utilizing jump scares and atmosphere to their best potential. Other than that, it doesn’t reinvent the wheel. It does dive into the connection between Laurie and Michael Myers (don’t worry, they dumped the whole siblings plot-line), but it just wasn’t enough. The Shape doesn’t need to have a full-fledged backstory, but there could’ve been subtle strokes to allow us into his psyche a bit more. Instead, we get a lot of the same, albeit in a spectacular fashion.

When you go to a slasher film, you expect a pile of bodies and Halloween delivers. It’s never torture porn, but there are some bloody kills. Unlike some extravagant slashers in cinema, Michael Myers gets straight to the point, following through with his kills like an unstoppable force is guiding his bladed hand. The conflict between Michael Myers and Laurie is obviously the most interesting part of the film, but there are several side stories that don’t bring anything to the table and two weak characters who are a bit distracting: comedy dad and doctor crazy pills. There are also a few moments of humor that don’t fit. Having said that, the reunion of the two characters from the original brings the heat. 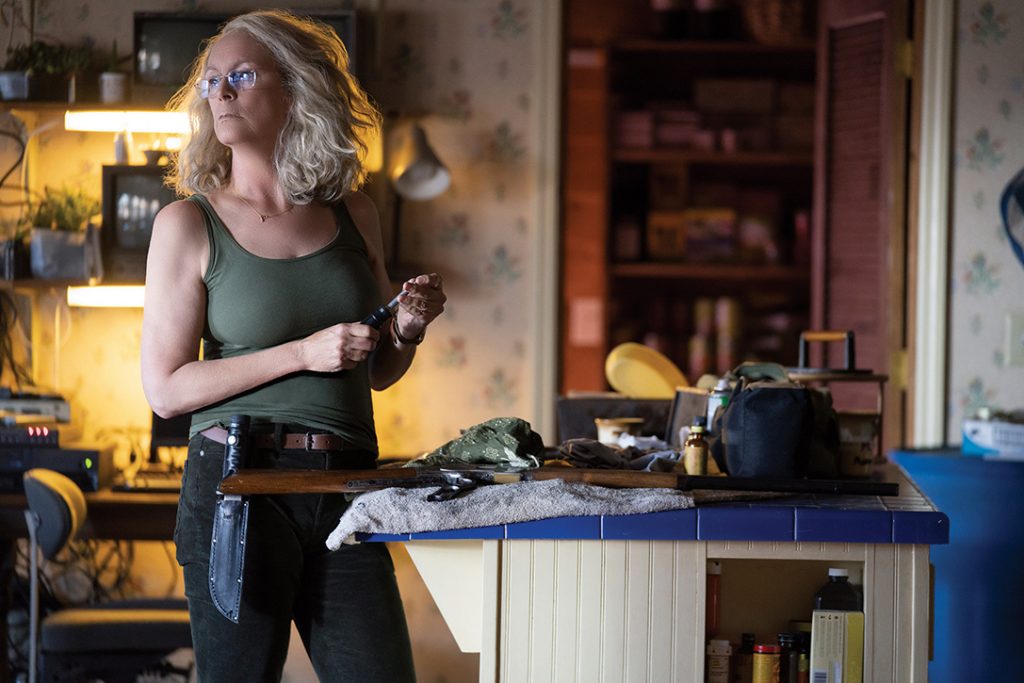 Jamie Lee Curtis playing Laurie is a paranoid, traumatized monster of her own, patiently waiting and praying for the return of Michael Myers so she can kill him. She gives a tremendous performance, playing a victim turned heroine, similar to Linda Hamilton’s performance in Terminator 2. She portrays someone with PTSD very well and they should’ve explored her psyche more.

Michael Myers is played by two actors: James Jude Courtney and Nick Castle. Castle is the original man behind the mask and only appears in a few scenes as Michael Myers, making the reunion the real deal, and Courtney is in the jumpsuit the rest of the time. Both actors give a menacingly quiet performance.

Halloween 2018 is clearly the best Halloween sequel thus far, but with a story more focused on Laurie and Michael Myers, it could’ve been better. It’s a throwback slasher film that doesn’t fall into the horrible trap of trying to explain the evil that is Michael Myers like the Rob Zombie films. It will work for most, but it won’t please the entire horror fan community. One thing is for sure though, John Carpenter’s score and the man in the white mask still work together well enough to terrorize a popcorn-munching audience when done right.