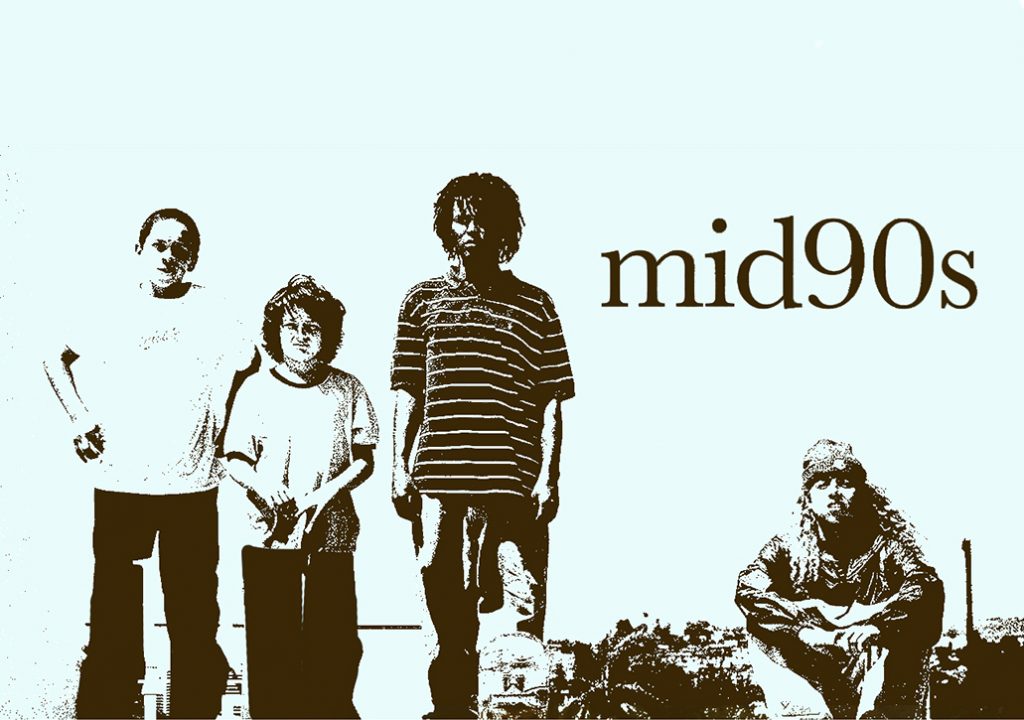 Growing up in the 90s was a blast because technology didn’t fully sink its teeth into our minds yet. We were outside doing our thing and actually talking to each other without our hands pecking away at our smartphones. Mid90s is Jonah Hill’s directorial debut and it captures the 90s from the perspective of a 13-year-old kid named Stevie who starts hanging with a group of rebellious skaters to escape the drama at home. Sunny Suljic stars in the lead role and he’s joined by Lucas Hedges, Na-kel Smith, Olan Prenatt, Gio Galicia, and Ryder McLaughlin.

Jonah Hill serves as director and writer of this coming-of-age film and strays away from his usual comedic material. The script is simple and straightforward with a real sense of authentic dialogue. There are thoughtful lines in the film, but they never feel fabricated so it seems like you’re in the moment, observing these kids. However, the story is typical and follows the beats of other stories about teens growing up. Anticipating what will happen next isn’t difficult at all.

Hill uses grainy 16 mm film and a 4:3 ratio for a real 90s aesthetic, making it feel like you’re watching a VHS tape. The editing is subtle with select moments highlighted with sparks of style for emphasis. Most of the time Hill lets the actors shine without doing anything fancy, which is ideal for the movie to work. Some of the best moments in the film are quiet ones, allowing us to observe and connect with these characters without effort. Also, it helps to have a dope soundtrack. 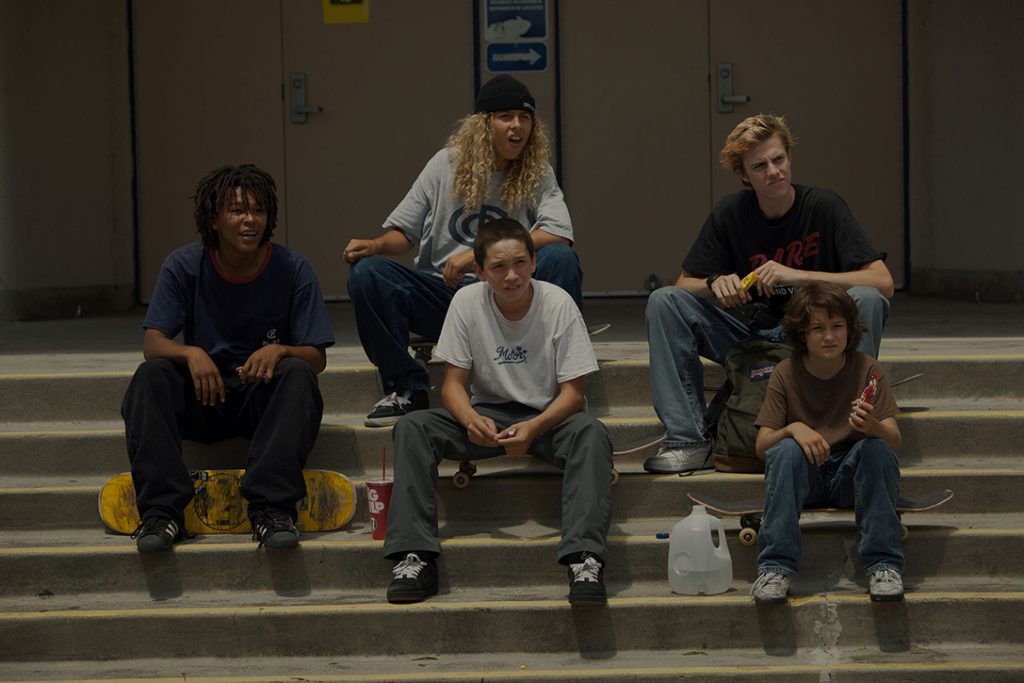 Sunny Suljic plays Stevie, the polite and quiet 13-year-old that just wants to fit in. It’s easy to sympathize with him especially because of his situation at home with his abusive brother Ian, played with an intense fire by Lucas Hedges. Suljic is skillful in conveying how lonely and lost a young teenage boy can feel and how comforting it is to find a group to fit in with. Stevie aka Sunburn goes through a lot in a few months and as he dives into new experiences in this enormous, novel world. Those who grew up in the 90s can’t help but take the nostalgia time machine and go back to our string of “first time” moments to connect.

The supporting cast does a tremendous job. Both Na-kel Smith who plays the head honcho and most level-headed of the skaters, Ray, and Olan Prenatt, playing Fuckshit, the designated party dude, stand out the most in the skate group. As usual, Lucas Hedges turns in a committed performance as Ian, Stevie’s asshole older brother. There are no filters when these characters talk and they interact genuinely as if they really were from the 90s.

Although the film isn’t perfect, Mid90s is a very soulful movie about the importance of understanding one another and not only finding your passion but doing something with it. The film captures being a lower-middle-class kid in the 90s with sincerity. It doesn’t have any bold statements to make, but it does have an observational eye, allowing you to connect to the film in your own personal way. Even at its worst, the film is a welcoming break from our social-media-obsessed world.