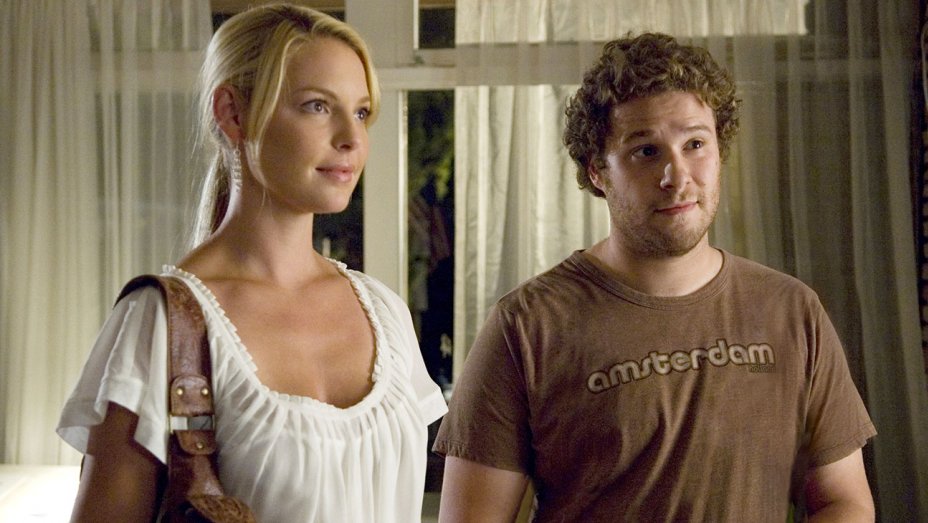 Never have I been more attached to a comedy than with Knocked Up. Peak Judd Apatow in terms of quality behind the scenes work, and peak comedic performance levels from Seth Rogen, Paul Rudd, Jason Segel, and countless others. Lasting over two hours and still maintaining unrelenting laughs throughout its duration (a rare combination in comedy in terms of time combined with excellence), Knocked Up scored a fair deal of its points on its premise alone…

What happens when a down-on-his-luck nobody accidentally impregnates a smoking hot woman who has virtually no initial interest in him? In terms of acquiring GOAT status, that hardly sounds like a plot that would lend itself to morphing into the best comedy ever created. That stated, there are multiple dynamics of Knocked Up that change it from a lovable hit to a classic. The camaraderie and relentless immaturity of the Rogen played Ben Stone and his buddies is the funniest friendship dynamic that I can remember seeing. The parallel of Paul Rudd/Leslie Mann’s floundering marriage to Rogen/Katherine Heigl’s potential one is an unforgettably entertaining aspect of the movie. Rogen sees what he might turn into, and Rudd sees what he once had.

Everything on this list is subjective, and when it comes to my personal preferences of what I’m looking for in a comedy, Knocked Up checks all of the boxes with perfection. I had not seen a comedy before and have not seen a comedy after that made me laugh quite as hard as Knocked Up. With that being the case, placing the GOAT crown on Judd Apatow’s baby is a rather simple decision. 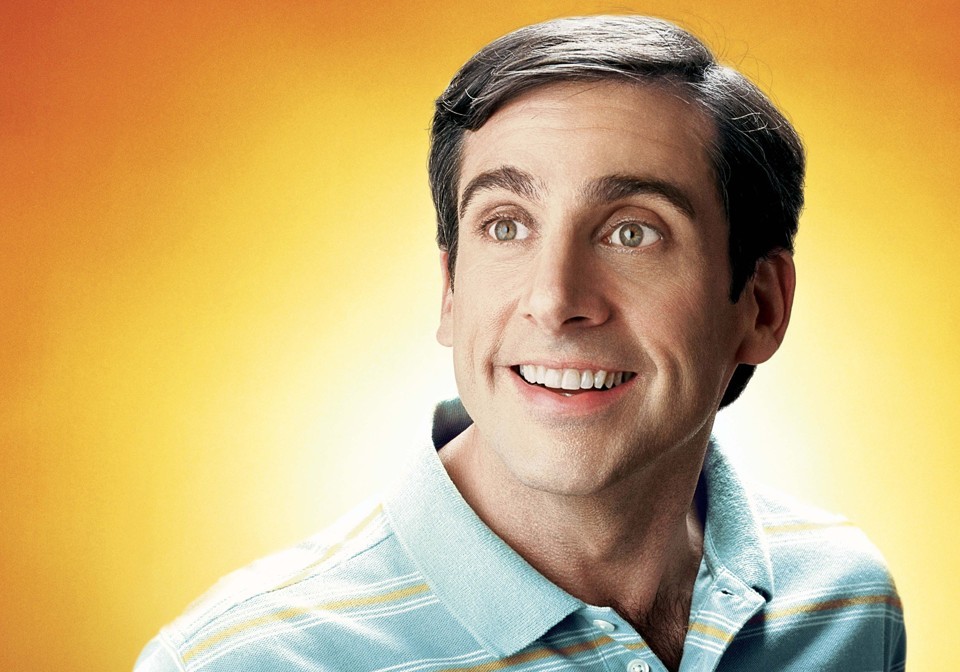 It’s safe to say Judd Apatow ran the comedy game for our generation right? Cool. With that established we have to rock with the movie that kickstarted everything. When this came out the only person I knew was Steve Carell. Looking back that cast was absolutely stacked. Find me a better supporting cast than Seth Rogen, Paul Rudd and Romany Malco for a comedy, I dare you.

A great comedy movie is one you can watch whenever, at whatever point, and still laugh your ass off. The plot itself is hilarious – a 40 year old who has had zero sexual encounters (including with himself if you catch my disgusting drift). When his co-workers find out about it it only makes it all better. Just watch this and try not to laugh.

The main cast was so stacked you forgot that Jonah Hill and Kevin Hart are in the movie. Jonah Hill and Kevin Hart run shit now and they barely spoke, although Hart and Malco had one of the better scenes in the movie. Find the funniest part of the movie depends on who you ask. The jokes are still funny and unlike Superbad (the runner-up for me) you never seem to get tired of Andy trying to put on a condom or being launched through a truck. 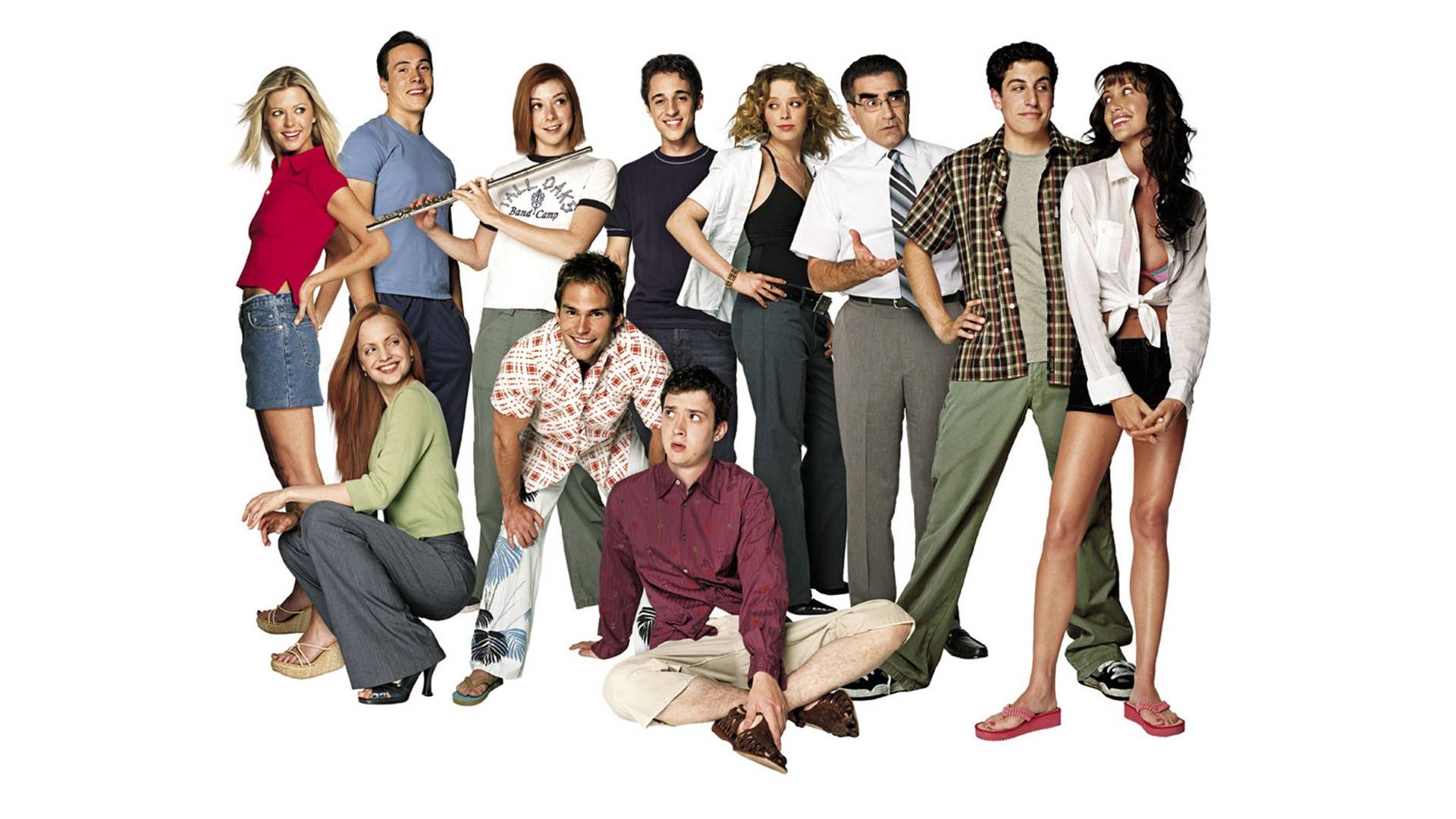 American Pie is written, directed and acted with an emotionally earnest touch that makes it stand out. It delivers on big comedy set pieces like the infamous pie scene, but they’re done in a way that feels surprisingly honest. The comedy is more powerful because it stems from an understanding of how weird and awkward high school actually is.

The romances are also a huge step up from most raunchy comedies, thanks to showing the motivations and perspectives of the women. The fact that Vicky actually has scenes with her best female friend Jessica goes a long way. The plot point where Jessica tells Vicky’s boyfriend Kevin that he needs to be a more generous, considerate lover is fantastic. Every woman in this film has sex because she wants, not because a male character earned it in some way. American Pie offers more female perspective because director Paul Weitz listened to the actresses on set. The moment when Vicky tells Kevin to slow down because it hurt was suggested by Tara Reid. Alyson Hannigan improvised Michelle telling Jim, “Say my name, bitch!”

Although American Pie mastered disgusting and embarrassing comedy, none of the humor is mean-spirited. One of the nicest touches in the film is the way Jim’s Dad, played brilliantly by Eugene Levy, reassures him that everything he’s going through is normal, no matter how embarrassing his experiences get.

This movie meant a lot to me as an awkward teenager. It shows how embarrassing, weird and downright disgusting high school can be. Then, it assures the audience that that’s okay.

Maybe more than every other category we’ve done here at Hardwood and Hollywood for GOAT week thus far, the GOAT comedy film category feels like it may be the widest open. Opinions vary to a greater degree when it comes to comedy films than they do with dramas. It’s universally agreed upon that a film like The Social Network is a fantastic motion picture; meanwhile, I still can’t decide how funny I think a movie like Anchorman is.

Some people will swear by a film like Anchorman. Other people will watch Anchorman, or almost any Will Ferrell movie for that matter, and conclude that no movie that ridiculous could be that funny. There is actually a portion of the population that firmly, wholeheartedly believes that Napoleon Dynamite is a funny movie but The Hangover Part II isn’t. Fun With Dick and Jane, which is truly one of the worst movies I’ve ever seen, made over $200 million at the box office. Renowned movie critic Roger Ebert gave Vince Vaughn and Owen Wilson’s 2005 Summer hit Wedding Crashers two out of four stars, the same rating as Owen Wilson’s forgettable action-comedy I Spy, which co-starred way-past-his-prime Eddie Murphy.

It turns out that while Mr. Ebert and I have similar taste in dramas, we are miles apart when it comes to comedies. Wedding Crashers narrowly edges out The Hangover as my pick for the GOAT Comedy Film, and without having firsthand knowledge of who any of the other fine writers at H&H have selected in this category, I would guess I’m alone in narrowing it to these two. I don’t say this because I consider my taste, or the tastes of the other writers here to be obscure or unorthodox. I’m just playing the odds. Even though my top two comedies are rock solid and haven’t even been reconsidered since I watched The Hangover five times in theaters in 2009, I don’t suspect either of these two films will be selected by anybody else on this panel.