Television fans often hear about how difficult it is for a TV show to stick the landing and treat their audience to a proper farewell with a satisfying series finale. Sometimes the ride has been so prolific that no matter what happens during the concluding hour, it will feel like a letdown. With David Chase’s The Sopranos, this was not the case. Chase took his audience on an delightful six season ride that concluded with the most talked about final scene in television history.

By the time New Jersey mob boss Tony Soprano had sat down at Holsten’s Diner to have dinner with his family, the war with New York had seemingly been won and for the first time in half a season, Tony could breathe a sigh of relief. Of course, as would be the case for any real or fictional mafia boss, this would be only momentary … a number of his associates were gunned down in the days prior, and Tony was likely to eventually be indicted for the numerous crimes he had committed over the years. But in this moment, the audience of The Sopranos expected to see Tony Soprano truly relieved for the first time in the duration of the series; he was without any power-seeking rival or angry gumar, and anything that happened to him legally was something we had already conceded we would never see on-screen.

And then Tony decided to play Journey’s “Don’t Stop Believing” at his tableside jukebox, and the next three minutes and forty seconds were as captivating as any short stretch of any TV show ever has been. As numerous individuals of various demographics entered the diner (including his wife Carmela and son A.J.), each time seen walking through the door from Tony’s point of view from the center of the restaurant, the tension continued to build, not only because viewers knew there was very little time left in one of the most prestigious drama’s ever, but also because now, unexpectedly, there was a growing uneasiness that something was building. Was Tony about to get whacked by the mysterious man in the Member’s Only jacket? Was Meadow, who struggled mightily to parallel park her car outside the diner, going to get hit while crossing the street? Was the Russian Interior Decorator from “Pine Barrens” going to finally make his return?

In the end we never see what happens to Tony Soprano in Holsten’s. As the scene neared it’s expected climax, the screen cut to black and eventually the end credits rolled. Against all conventional wisdom and many years of clean, concise conclusions to TV dramas, Chase decided to zig where others had zagged, and it turns out that it paid off. Whether you loved the ending or hated it, the debate about what happened to Tony Soprano after the now famous ‘cut to black’ will live on forever, and that means that The Sopranos will rightfully live on forever too. 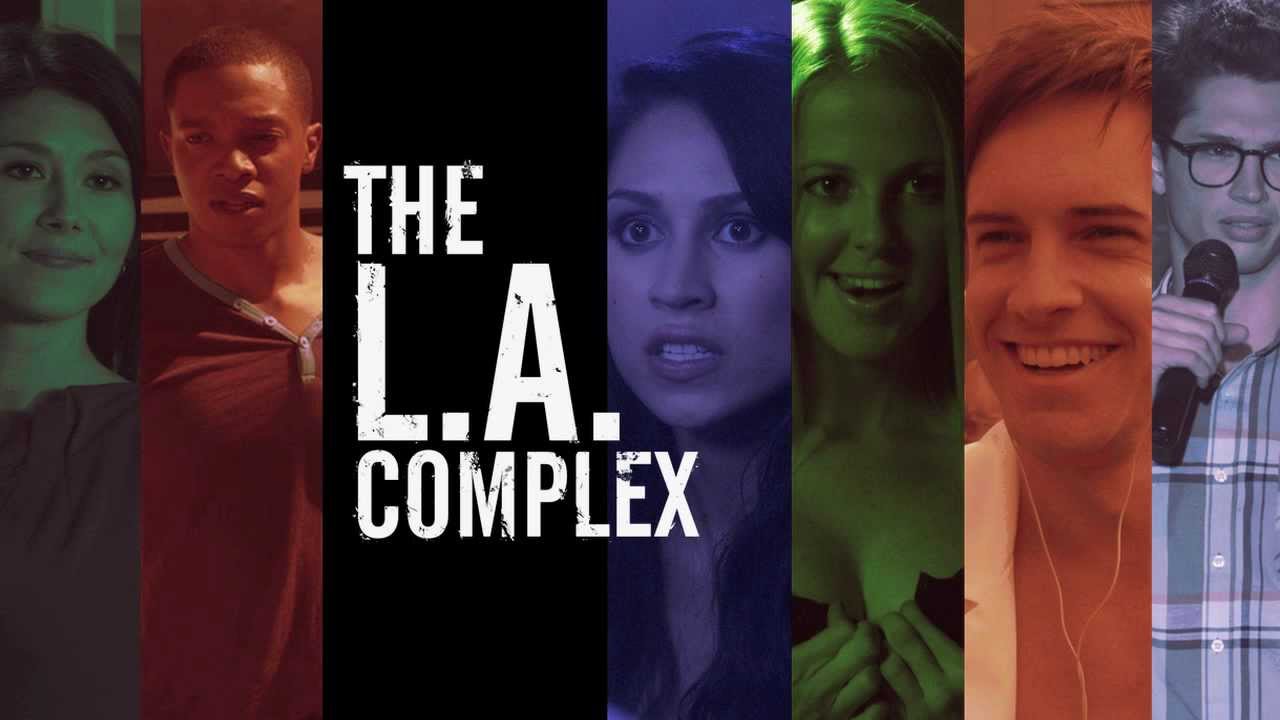 The L.A. Complex was cut short after only two seasons, so the writing staff didn’t actually know that the season two finale entitled “Don’t Say Goodbye” would be the final episode. Yet, it’s a perfect ending.

The show asks the question “how far will these people go to make it L.A.?” By the finale, that question has been answered for everyone in the series. The episode delivered a couple of big finale shockers, but what makes The L.A. Complex stand out is its understanding of the power of small surprises. Abby Vargas’ choice to step away from the acting industry isn’t a melodramatic twist, but it does show how far her character has come. In the premiere Abby stated, “You can give everything you have here and it still might not be enough.” It was refreshing to watch Abby realize that she doesn’t want to live in that world, rather than portraying her as another beautiful actress who was tragically drained of everything she has.

The best moment in an episode full of great moments is when Raquel Westbrook screened a small portion for her independent film. She turns to Connor Lake and delivers the incredible, simple line, “We made something.” It’s moments like this that separate The L.A. Complex from the herd of media about people trying to make it in the big city. It has the realism to understand the impact of small wins. This moment has the powerful message that if you are actually able to make your art in this world, in any small way, that is not nothing. At this point, Raquel and her team are far from raising the money to complete their film. But, this moment is a victory.

The L.A. Complex finale rings truer than any other single piece of media I’ve seen about being an up-and-comer in the industry. It simultaneously shows the crushing weight of disappointment, the beauty and the mundane every day hustle. 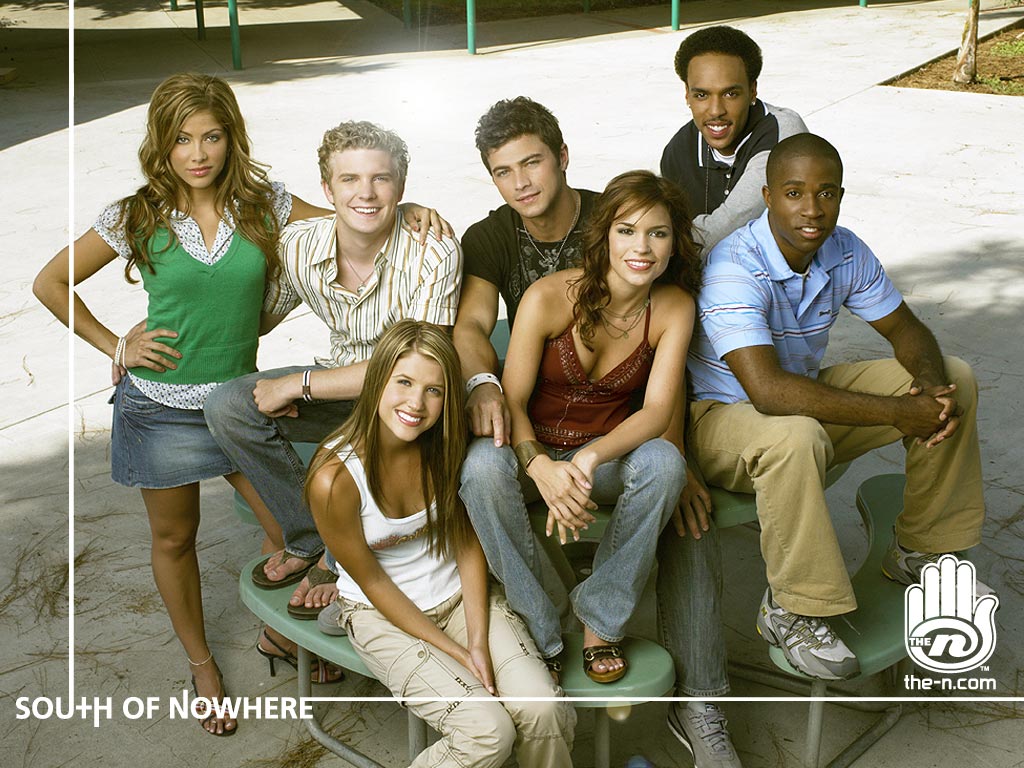 For the GOAT in TV endings, Breaking Bad is my instinct, South of Nowhere is my heart. And since Breaking Bad is already a show rightfully adored with admiration and praised for its excellence, labels that also apply to its beautiful ending, I feel like South of Nowhere is a more proper selection simply to give it deserved exposure. Many out there have likely not heard of the 2005-2008 series that appeared on what was then known as The N (today known as TeenNick). Anyone who has followed my work is probably dumbfounded that a hardcore The Wire, Breaking Bad, and critically acclaimed TV show supporter would choose something from The N as the TV GOAT in endings.

Hear me out. South of Nowhere was a show aimed for teenagers during an era before social media exploded. I was around 14 at the time of its original airing, and I was fully engrossed by the show’s handling of various complex topics such as peer pressure, teen drinking/drug use, sexual identity, the stresses of youth, and more. Us teens didn’t talk about our favorite shows on Snapchat or through tweets back then. We, you know, TALKED IN PERSON LIKE NORMAL PEOPLE. Kidding aside, I found myself having meaningful and authentic dialogues with a couple of friends/classmates who were also South of Nowhere fans. And this all leads up to its ending…

Spencer and Ashley were the best couple I ever saw portrayed on television as a teenager. No one in my circle who watched the show or I cared that they were both girls – they were just seen as an awesome couple. Spencer was the uncool but kind hearted soul coming to terms with her sexuality, Ashley was the badass chick everyone in the school wished they could be. While many shows pair unlikely couples together through cliche and forced manners, Spencer and Ashley’s relationship always felt organic. South of Nowhere ended its 40 episodes with the central couple simply being together, being happy. That’s it. Family and societal pressure couldn’t stop the pair from finding happiness with each other. I could’ve chosen Breaking Bad’s violent yet hopeful climax or Oz’s powerful exit from our collective brains, but I’m going with an emotionally fulfilling show that spoke to me during my teenage years. The ending was simple and fitting, logical and justified.

Most of my favorite shows were watched as an adult. I hope for quality endings now – I don’t need them. As an impressionistic teenager who placed more weight on shows than was sensible or sane, I needed South of Nowhere to have a proper ending. Spencer and Ashley living together and exiting our screens happily was one of the few times when I felt like a TV show ended perfectly. If I watched South of Nowhere now, sure, I’d likely find countless flaws that I was too foolish to comprehend back in the day, but the show lives in a fixated slate of time in my mind. The ending does, too. And that’s the way I’m going to keep it. 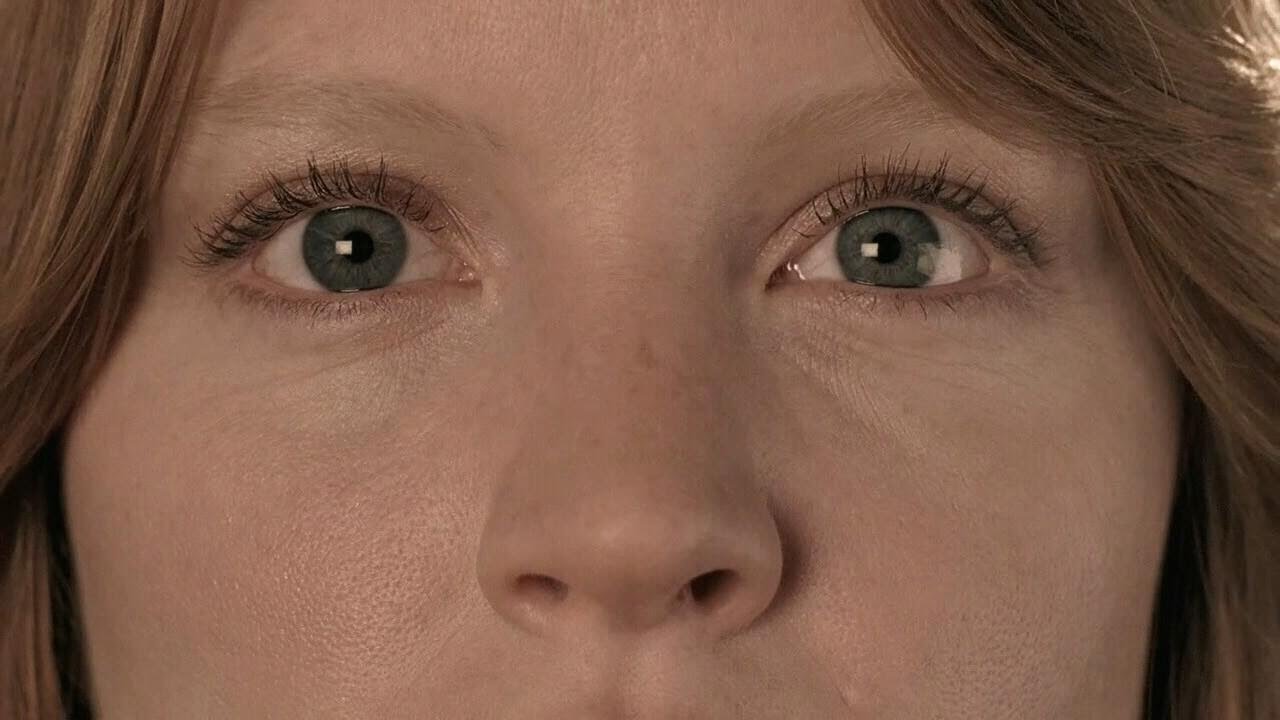 There are some people who find HBO’s drama Six Feet Under a tad on the nose in terms of melodramatic television, and that may have to do with its creator and showrunner Alan Ball’s past. Ball had nearly swept the entirety of the 1999 Academy Awards with his over-dramatic screenplay American Beauty when his show Six Feet Under was greenlit by HBO, so people were skeptic.

But they are wrong.

Six Feet Under was a technicolor throw back of a show – and when I say “throwback” I mean back to the 1800’s, when Russian literature was at the top of its game. Ball’s drama series revolving around death and the afterlife hits close to home when it comes to famous Russian novels by Leo Tolstoy, poems by Alexander Pushkin, words by Vladimir Nabokov, and even Fyodor Dostoyevsky’s nebbish paragraphs revolving around religion and death. Famous Russian authors were always fascinated by death and the afterlife – its divine providence a mystery to those who can still see their own breath in the cold. So they delved into that very mystery with everything they had, Nabokov himself uttering about the allusive quagmire that is death in the opening lines of his book Speak, Memory:

“The cradle rocks above an abyss, and common sense tells us that our existence is but a brief crack of light between two eternities of darkness.”

Though I may be crucified for this, but Alan Ball and Six Feet Under is a modern day take on Russian Literature in its golden years. And the ending proves so in a “lightning-strike on a clear day” powerful way since throughout the entire series, these beloved characters were trying to find some sliver of comfort in eventually succumbing to the inevitable – that second eternity of darkness.

The show itself is about the Fishers, a family that owns a funeral home in Pasadena, California who have to face their own mortality on a daily basis whenever a new “client” is wheeled in. But they don’t truly look death in the eye until the patriarch of the family, their funeral director father (Richard Jenkins) is killed by a bus while going to pick up his wayward oldest son (Peter Krause) from the airport for Christmas. After that point, the entire family attempts to both distance themselves from death, while accepting it at the same time in a very paradoxical way. Every single episode of the show starts with a death, the caption reading the name, date of birth, and date of death, of some random (and not so random) people who are tragically brought into the funeral home for the Fishers to deal with.

The show ended like it had began – with the Grim Reaper not being the villain, but the savor and the lilac hued comforter.

After the death of a major character, the finale hit like a ton of bricks when the youngest child and only daughter of the family, Claire (Lauren Ambrose) leaves Pasadena to become a professional photographer in New York City after said death. As she’s driving along the desolate landscape of the outskirts of Los Angeles, Sia’s Breathe Me plays as we fast-forward into the future and see the eventual deaths off all the main and supporting characters. Some meet their ends peacefully, some tragically, but in the end, it’s Claire’s pale blue eyes staring up at the camera as she peacefully passes away at 102-years old in her bed, surrounded by the photos she took throughout her life.

The satisfying nature of the finale left me bewildered and tear-filled, and it followed me throughout every single series finale I’ve ever witnessed since then.