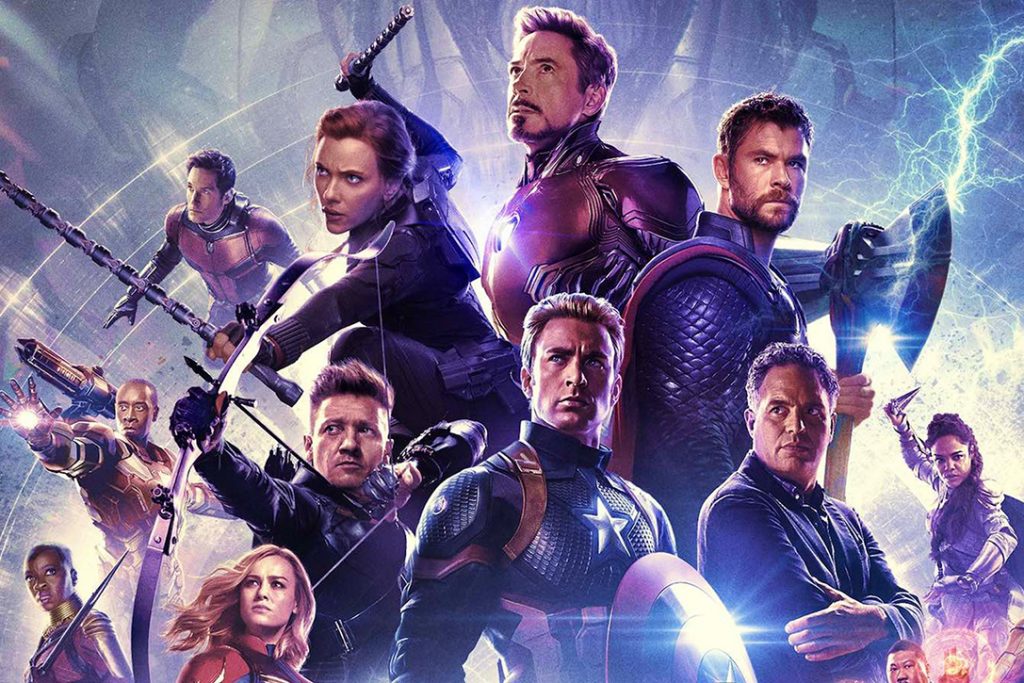 It all started with the big bang that was Jon Favreau’s Iron Man, igniting the Marvel Cinematic Universe (MCU) to deliver a film series unlike any other done before it. Over a decade later, we’ve arrived at the bittersweet finale of the Infinity Stones saga: Avengers: Endgame. The film picks up right where Infinity War left off, taking a look at the surviving players in the game as they deal with the tragic aftermath of the snap that extinguished half of the universe. All the stars you know so well are back for one last dance with the Mad Titan, including Robert Downey Jr., Chris Evans, Mark Ruffalo, Paul Rudd, Scarlett Johansson, and Karen Gillan.

There are some spoilers in this review, just as there are spoilers in the review for Avengers: Infinity War. There’s so much to discuss and tip-toeing around all the references and plot points would be a nuisance. Besides, this is one film you should watch before reading any reviews. Warning: spoilers ahead!

Anthony and Joe Russo are the incredibly talented directors who engineered this triumphant film. Just as they did with Infinity War, the Russo brothers manage the characters so well, giving ample time to our heroes, especially the three founding fathers: Iron Man, Captain America, and Thor. The film starts off at a slow pace in the best way possible, giving us time to wrap our minds around the loss and pain our remaining heroes are enduring. The last film left us crushed and nothing is back to normal when this film begins. However, there are some incredibly hilarious moments sprinkled throughout the drama from Thor’s Big Lebowski look to the selfie-ready Professor Hulk. From there, the pace picks up as we head into a “time heist” in the second act and finally the epic showdown, in which the word “epic” really lives up to its pure definition in the cinematic sense.

All three founding father superheroes have satisfying, emotional character arcs that unfold naturally. They are vulnerable, yet still willing to fight a losing battle because it’s the only thing that makes sense. The only significant issue with the script is the time travel. Honestly, it’s quite a mess if you really break it down, even with the exposition. But that’s not what the film is really about, so glossing over the complex time travel plot points with alternate realities can be done with little effort. At the end of the day, the incredibly well-written, relative characters overshadow the time travel complications.

And then we have the action in this film, which is absolutely incredible. Some of the fight scenes are definite fan service, but isn’t that one of the points of shooting a comic book movie? Throughout the film, there are callbacks and references to past MCU entries, as well as comic book lore, that will make you stand up and cheer. Our heroes get bloodied up during the altercations, as you can feel every thunderous blow when these warriors clash with hammers and fists. Once again, the Thanos CGI is done tastefully and with the utmost care to reach a high-quality level of realism. 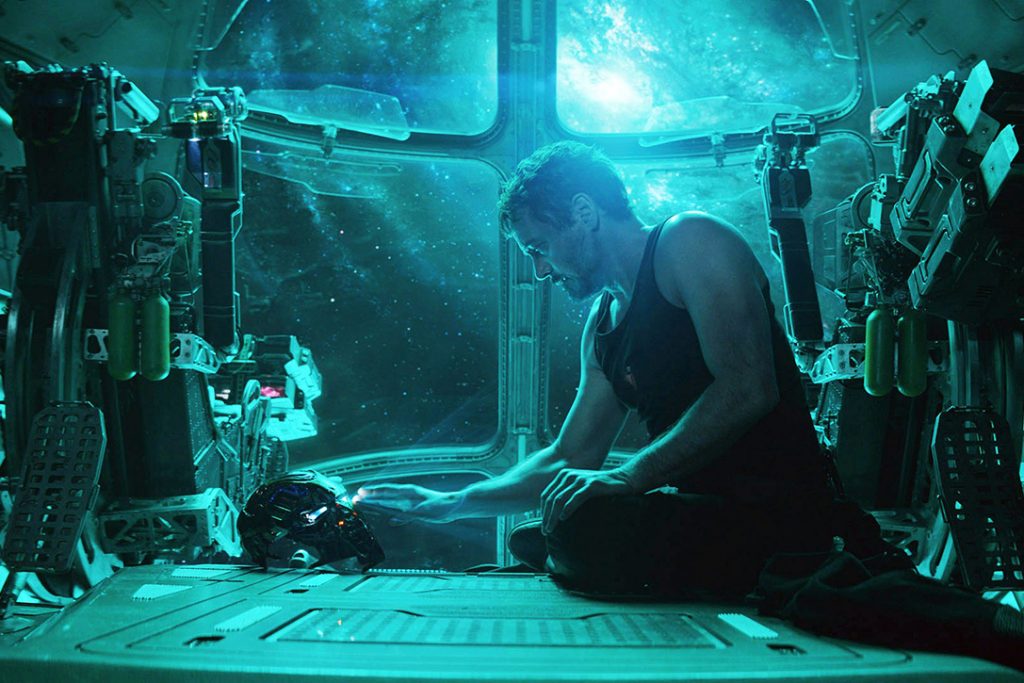 Robert Downey Jr. is Tony Stark, and if this is his final go at the character, he takes his final bow with a blaze of glory that will echo throughout eternity in the comic book movie world. Stark is a broken man in Endgame. He can’t stomach how he failed saving the world, but now he has his own family to worry about, which makes his decision to reunite with the band that more difficult. Downey Jr. continues to peel back layers of Tony Stark and gives arguably his best performance as the genius, billionaire, (ex)playboy, philanthropist. Simply put, he is Iron Man and we’re thankful for his dedication to the role over the past decade.

Chris Evans knocks it out of the park for his last outing as Cap. Steve Rogers still continues to be America’s soldier despite the odds and the losses he’s endured. Against immense opposition, Rogers will still pick up his vibranium shield and press on in the battle, even if he’s the last man standing. Evans breathes life into that character so naturally that it’s difficult to see anyone else in the role.

Then you have Chris Hemsworth as Thor giving a melancholy, but comedic performance. This is Thor as you’ve never physically seen him before and he is pure comedic gold. The failure of killing Thanos too late devours his confidence, but his journey back to being a superhero is touching and relatable since we do often try to be who people think we should be rather than embrace who we are.

Scarlett Johansson and Jeremy Renner have terrific on-screen chemistry as Black Widow and Hawkeye, presenting a true bond between lifelong friends. And Mark Ruffalo is a treat to watch as Professor Hulk. The rest of the cast is incredible to watch as well, from Paul Rudd’s perfect comedic timing as Ant-Man to Karen Gillan’s performance as Nebula, a character who has grown to become a hero. 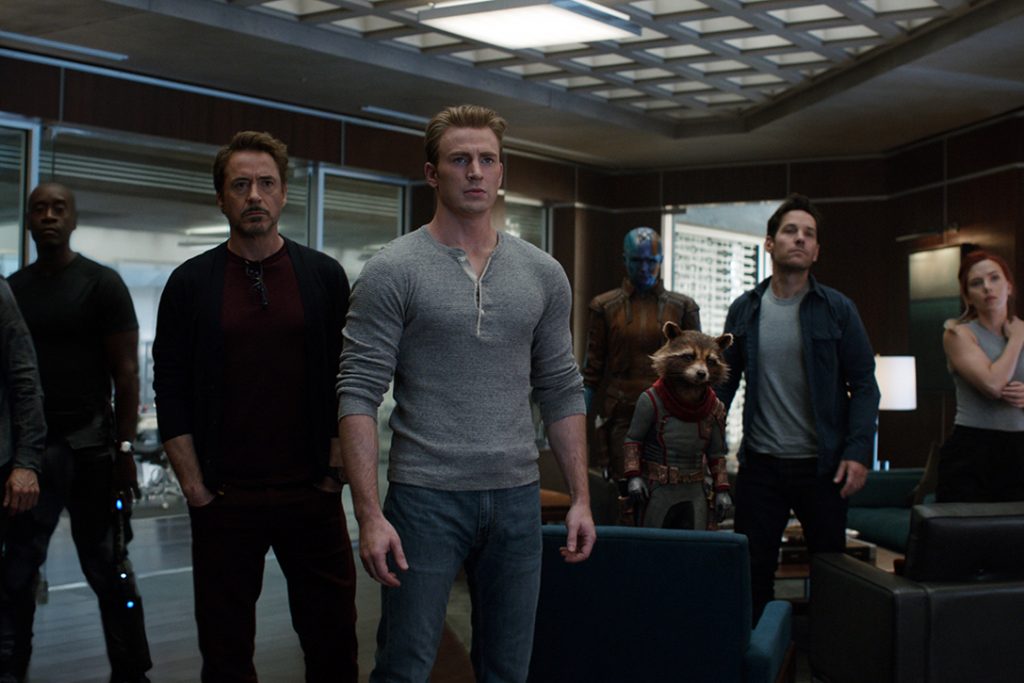 Avengers: Endgame oozes imaginative swagger and delivers a worthy final chapter to loyal Marvel fans everywhere. It’s a love letter to the most noteworthy parts of the MCU thus far and a display of heroism we so desperately need more of in the real world. It manages to be an intimate blockbuster with the biggest modern superheroes of our time reminding us to do whatever it takes to prevail even when you only see a glimpse of hope because that’s enough to make a difference. Amazingly, Avengers: Endgame shrinks the enormous Marvel universe down to heartfelt human moments. And it’s further proof that Tony Stark has a heart.

Given the opportunity to watch this film in a 4DX seat, I couldn’t past it up. The 4DX experience consists of high-tech, immersive seats featuring intense vibration and water devices along with flashing strobe lights, fog, bursts of air, and strong scents. In addition, the screening is also in 3D to further allow you to feel like you’re in the film.

The motion-enabled chairs made certain parts of the movie feel like a ride, especially when characters are flying spaceships. With fogs and lights going off at appropriate times, the 4DX technology creates a more engaging experience. Sometimes the seats even lean you in closer during suspenseful or dramatic moments. There was only one scene where the technology became a momentary nuisance with an overkill of water soaking my head, which is the scene where Hawkeye fights in the rain. Fortunately, there is a button to turn off the water at any time. Overall, the 4DX experience helps you to really immerse yourself in the film even more if you’re looking to turn the viewing experience into a hybrid theme park ride.