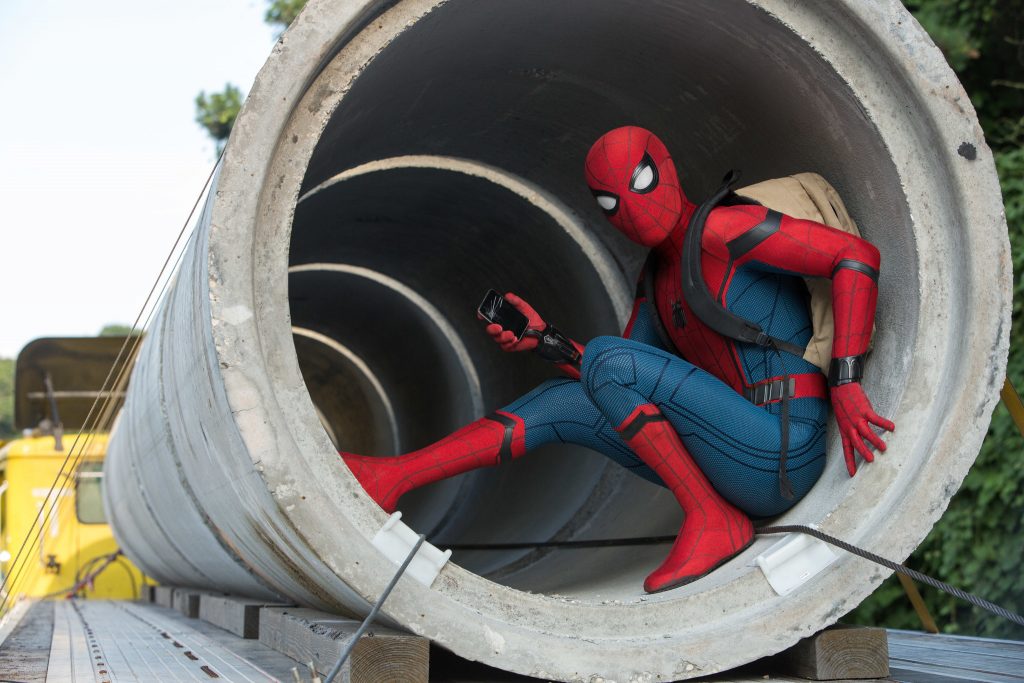 He doesn’t quite know what he’s doing all the time, he’s not rich, and his work isn’t appreciated. Peter Parker/ Spider-Man is one of the most relatable characters in the comic book world, which is why he’s so popular, and is the reason he’s been brought into the MCU. Spider-Man: Homecoming, directed by Jon Watts, is set several months after the events of Captain America: Civil War. Peter Parker is still learning what it means to be Spider-Man, while he deals with the everyday obstacles of teenage life. Tom Holland stars as the webslinger, and he’s joined by Michael Keaton, Marisa Tomei, Jon Favreau, and Robert Downey Jr.

Spider-Man: Homecoming shows us a younger Peter Parker who is naive, scared, and a bit lost. His willingness to be Spider-Man is admirable, but trying to take off the training wheels too early leads him into an overwhelming amount of problems.

The script focuses on the struggles of teenage life, and the film overall feels like a high school movie inspired by John Hughes, except the main character can crawl up walls, effortlessly leap across buildings, and has super strength. The pacing is a bit slow at times when it goes into high school mode, but the scenes are mostly humorous and at times revealing. The main strength of this film is the character building of Peter Parker/ Spider-Man, and also the villain, the Vulture.

The film isn’t without its flaws, especially when Spidey’s fighting crime. The action scenes are creative, but save for maybe one scene, there’s not much weight to them, especially compared to the Sam Raimi films. Spider-Man doesn’t need to save the world or anything, but the stakes always felt luke warm. The most tense scene is in a car drive, which was finely acted, but the film would’ve benefited from more of that. There was also something quite significant missing in the action: spider sense. He may still have it, but it’s never shown in the film, and there are times where Spider-Man is caught off guard quite easily.

Tom Holland does an amazing job of portraying a 15 year old Spider-Man. He’s an innocent kid, but he desperately wants to use his powers to help out, which Holland portrays so well. There’s an urgency to his performance that’s very admirable, as he’s trying to be a superhero while he’s also struggling to have a normal high school life. Robert Downey Jr. as Tony Stark isn’t in too many scenes, but when he’s onscreen with Holland, there’s solid chemistry, which benefits the character arc of Spidey.

Marvel films don’t typically have well-developed villains, but Michael Keaton as Adrian Toomes, or the Vulture, is an exception. Keaton brings a subtle menace to the character, but also manages to be relative as well. There are layers to Adrian Toomes that make the plot a little more interesting, and Keaton delivers. However, Spider-Man: Homecoming could’ve had more Vulture scenes, and less Ned.

Spider-Man: Homecoming is a fantastic reboot of the wall-crawler that doubles as a solid coming-of-age teen movie. The film contains engaging characters, and integrates them well into the larger world of the MCU. Most importantly, it gives us a look into a Marvel superhero that’s more relatable than the others, allowing us to appreciate the sacrifices of all heroes.