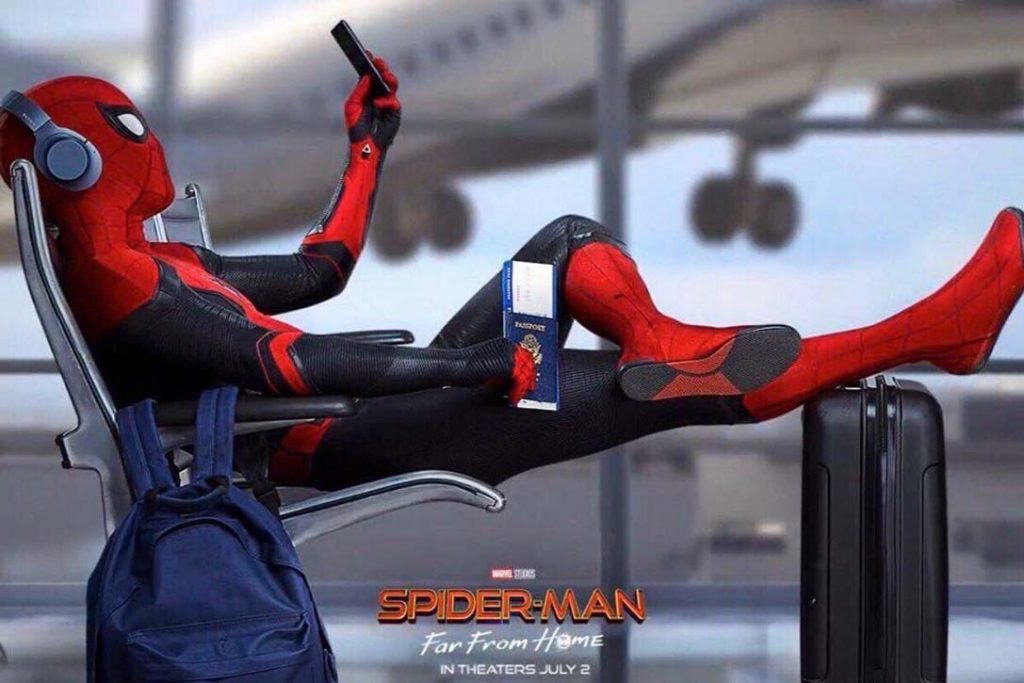 What do you after the epic adventure of Avengers: Endgame? You take it back to the character who is the future of Marvel. Spider-Man: Far From Home follows Peter Parker going on a European field trip with his classmates, as he tries to take it easy and live a regular teenage life for a few days. Unfortunately, there’s a new threat to planet Earth and Nick Fury gives him a buzz to spring into action with the help of a mysterious hero from another dimension. Tom Holland is back as the friendly neighborhood Spider-Man, and the likes of Jake Gyllenhaal, Zendaya, Jon Favreau, Marisa Tomei, and Jacob Batalon join him for the ride.

Jon Watts is back in the director’s seat for this sequel to Spider-Man: Homecoming and Chris McKenna is the man behind the script. The first two acts of the film are pretty standard with mostly charming, sometimes cheesy teen comedy. It doesn’t induce boredom, but you may not be completely engaged by Peter Parker’s adventures in Europe, as he tries to woo MJ. However, once Mysterio’s story is fleshed out, things start to roll. Of course, Parker is still mourning the death of the legendary Tony Stark, which makes for some great scenes that pull on your heartstrings.

If you’re a comic book fiend, you’re probably aware of Mysterio and his backstory. But if you’re going in blind, this film does a fantastic job of introducing the character. The creative effects used to present Mysterio’s mind-bending, hallucinatory powers are a sight to behold. You get to follow Spider-Man’s psychedelic battle with Mysterio, as we figure out what’s real and what’s not along with the teenage superhero. Once Spidey gets thrown down the rabbit hole, the film kicks it up a notch. 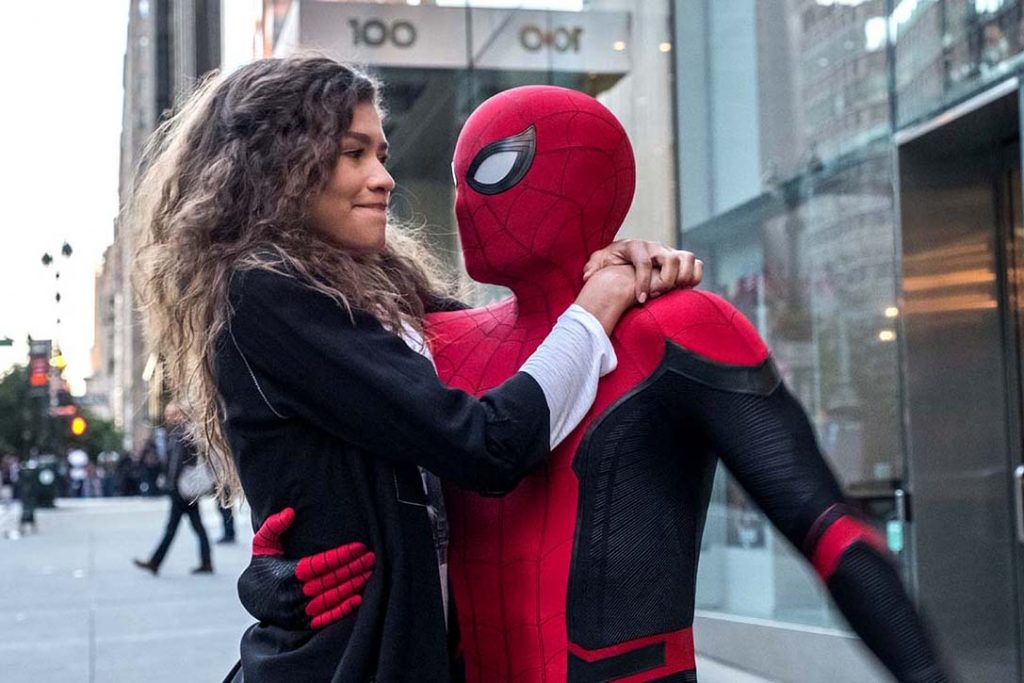 Zendaya and Tom Holland in Spider-Man: Far From Home

Tom Holland continues to remind us why he’s the best Peter Parker/Spider-Man and his performance here is no exception. There are a plethora of issues he’s dealing with in Far From Home, including expressing his feelings to MJ and dealing with the loss of his father-figure Tony Stark. Holland’s Spider-Man is relatable and very likable, as he tries to enjoy his Euro-trip and live as an everyday teenager for at least a few days. Holland is a Spider-Man trying to fill in big shoes despite still being in high school, which is inspiring and a bit tragic sometimes.

Holland is surrounded by a remarkable cast, including Zendaya as MJ. Playing MJ as an awkward yet confident soul, Zendaya plays off Holland’s shy, nervous Parker very well. The two have solid chemistry, making it a treat to watch their characters’ relationship unfold. And then there’s Jake Gyllenhaal as Mysterio, a master of illusions and mind games, digs into the role of an ambitious man who was kicked to the curb when he was trying to flex his potential. Gyllenhaal is fantastic in the as Mysterio, taking on a twisted character with many faces. There’s also one of the most cheer-worthy cameos in the film, especially if you’ve been a fan of the Spider-Man movies since the beginning.

Spider-Man: Far From Home is a worthy sequel to Homecoming and a solid follow-up to Avengers: Endgame. It may start off slow, but it ends with a bang, kicking off the next phase of the Marvel Cinematic Universe. Peter Parker continues to step up his game while dealing with the trials of teenage-hood (roll with it) and duties of a superhero. He may not be the next Iron Man in terms of swagger or unbridled confidence, but he does have his heart.