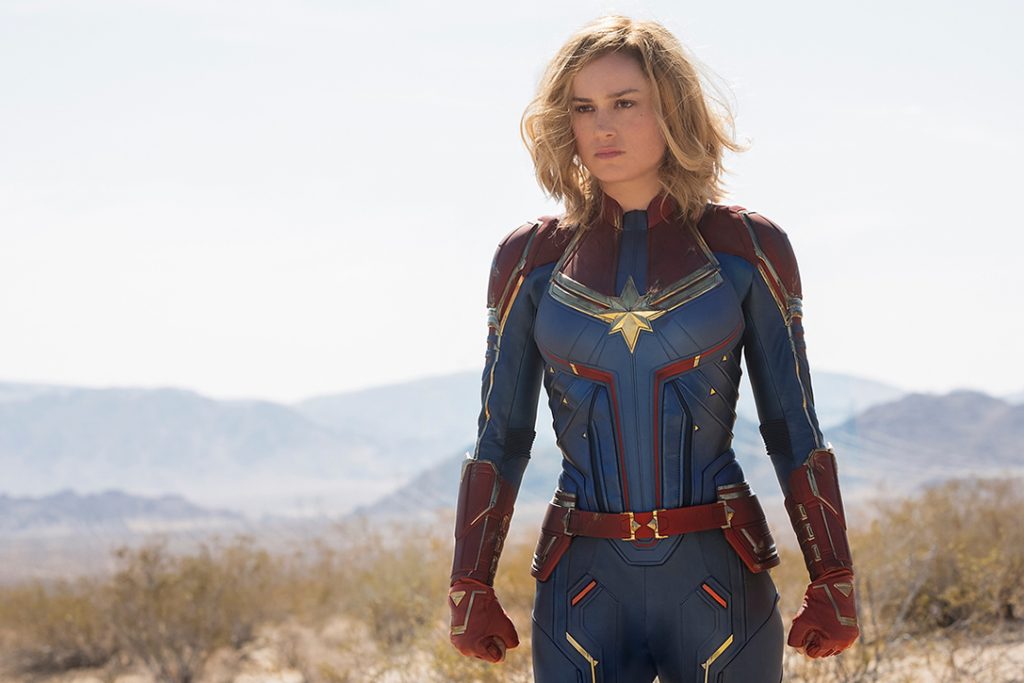 At the end of Avengers: Infinity War, Nick Fury pages a superhero named Captain Marvel to come to the rescue when the snap happens and obliterates half the population in the world. Well, before we get o the epic conclusion in Avengers: Endgame, Captain Marvel is here to hold us over. Pilot Carol Danvers aka Captain Marvel learns about her mysterious past on a botched mission which sends her crashing to Earth, igniting flickers of memory showing her who she used to be. Oscar-winner Brie Larson fills the shoes of one of the most powerful heroes in the universe, and she’s joined by Samuel L. Jackson, Jude Law, Ben Mendelsohn, and Annette Bening.

Anna Boden and Ryan Fleck do double-duty as screenwriters and directors for this comic book flick. The formula for the origin story is given a bit of twist here, as we are learning about the main character’s past along with the protagonist. In presenting a slightly fresh take on the origin story, we lose a connection with Carol Danvers because we don’t know what’s at stake for her and why we should care. By the time she realizes her full potential, it lacks that magical moment found in other origin stories since the big reveal of who she was doesn’t truly affect who she is in any significant way. The story itself is riddled with inconsistencies in the MCU, leaving you with too many questions about the timeline.

Despite the approach to the origin story being weak, the film still hits a few comedic buttons to keep you entertained. The buddy cop chemistry between Nick Fury and Carol Danvers is always welcome and even Ben Mendelsohn shows us his funny side. Not to mention, the ‘90s references are just right and aren’t shoved down your throat. There’s plenty to admire in this film, but the story sadly isn’t one of them.

Brie Larson is a brilliant actress, but her talents aren’t put to their best use here. Playing Danvers, she comes off as a strong-willed woman, but the film doesn’t dive into her story as much as it should, leaving you to scour the Internet for more. Larson has fantastic chemistry with Jackson, but there are several times in the film where she has to deliver stale lines. Larson looks the part and has the talent, but she deserves a better film.

The supporting actors all turn in fantastic performances. Samuel L. Jackson as a CGI de-aged version of Fury is strictly here for comedic relief, but he does his job well as usual. Jude Law does a commendable job with his role as Yon-Rogg, and Ben Mendelsohn turns in the most interesting performance as Talos, the talented shape-shifting Skrull with a deep fear for Goose the cat. It’s normal these days for Mendelsohn, but he’s given much more to do with Talos, creating a character you can empathize.

Captain Marvel is delicious filler at best, but it does have its charm and enough entertaining moments to stay afloat. The film could’ve been the main course, but it ended up being a happy hour appetizer since it doesn’t taste bad, but it doesn’t quite fill you up. Marvel took a risk in doing a Jason Bourne-type origin story, but there’s not enough of a connection made to the protagonist for anyone to truly care.