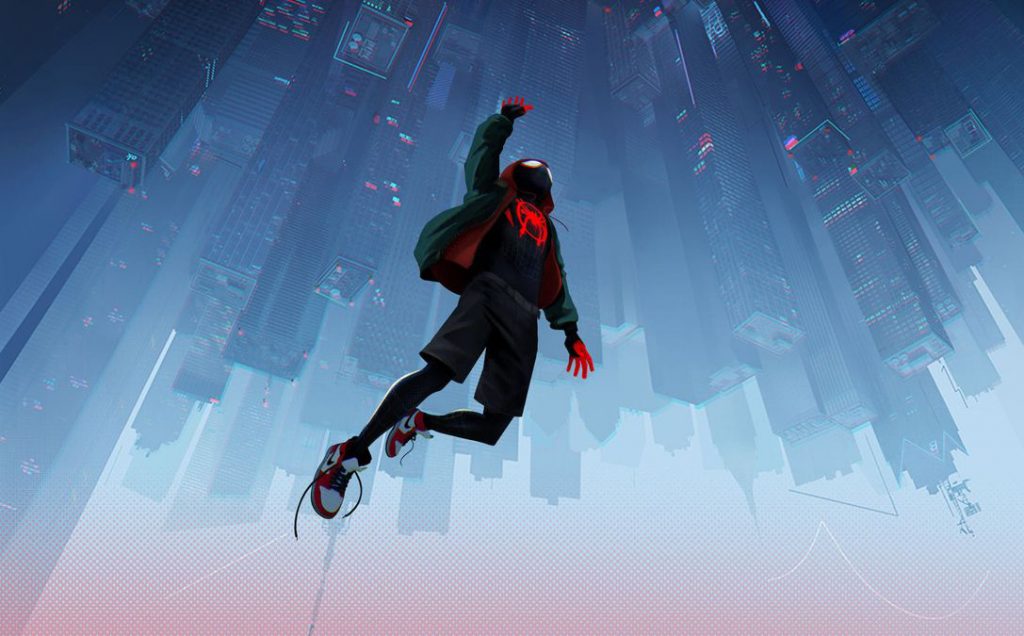 Spider-Man Into The Spider-Verse (Marvel Studios)

Spider-Man: Into The Spider-Verse

Comic book movie origin stories typically follow the same formula. Although some of them work rather well, they don’t bring anything entirely new to the table. Well, Spider-Man: Into The Spider-Verse remixes the traditional approach to bring you a hybrid of sorts. Directors Bob Persichetti, Peter Ramsey, and Rodney Rothman tell the story of how teenager Miles Morales becomes the Spider-Man of his dimension, as he crosses paths with five other Spider-Men from alternate dimensions thanks to the experiments of King Pin. Shameik Moore stars as Morales and he’s joined by Jake Johnson, Hailee Steinfeld, Mahershala Ali, Liev Schreiber, Zoe Kravitz, and Chris Pine.

Art directors Dean Gordon and Patrick O’keefe, along with the entire art department and visual effects crew, did a tremendous job, creating an aesthetically charged animated masterpiece. The film looks and feels like a comic book come to life with color-blasted freeze frames, panel montages, and thought boxes. You’re presented with a colorful world filled with some dark themes of loss and failure, making the triumphs much more satisfying.

The story is also one to praise because this isn’t just an origin story for Miles Morales, but also a mixtape of Spider-Men trying to find their way home in more ways than one. There are references to Spider-Man movies both old and new, the ‘60s cartoon, the popsicle, and of course, the comic books. But, even if you’re not into Spider-Man too much, the story still works very well because it’s relative no matter how old you are. We all have regrets and we all try to evolve by being better than our weakest moments, which is a major theme in this film.

All the voice actors do an amazing job, but what better place to start than with Shameik Moore voicing Miles Morales. Moore brings Morales to life with a comedic tone, but he also flourishes in delivering the drama. Morales is lost and afraid, but he’s inspired to take on the role he’s been given regardless of the dangers, making him an admirable knight in spandex armor.

Jake Johnson voicing Spider-Man/ Peter B. Parker plays a strung-out, older (and fatter) version of the wall-crawler. Peter B. Parker is a superhero who’s broken and alone in his alternate dimension, and is probably the most realistic portrayal of Spider-Man we’ve seen. Johnson gives a “been there, don’t care” tone to the character with hints of regret to hilarious effect. Together, Johnson and Moore have great chemistry.

The supporting players all turn in wonderful performances, including Hailee Steinfeld as Gwen Stacy, Mahershala Ali as Uncle Aaron, and Nicholas Cage as Spider-Man Noir. Once the team of Spider-Men and Spider-Woman get together, there’s another layer of fun thrown into the mix. All of the characters have their moments to shine and contribute something to the recipe for this film.

Spider-Man: Into The Spider-Verse is a fun comic-book origin story remix with heart and soul. It’s definitely one of the best Spider-Man movies ever created, as well as the most visually charming. It will inspire you to take a leap of faith and be the best version of you no matter what dimension you’re in.