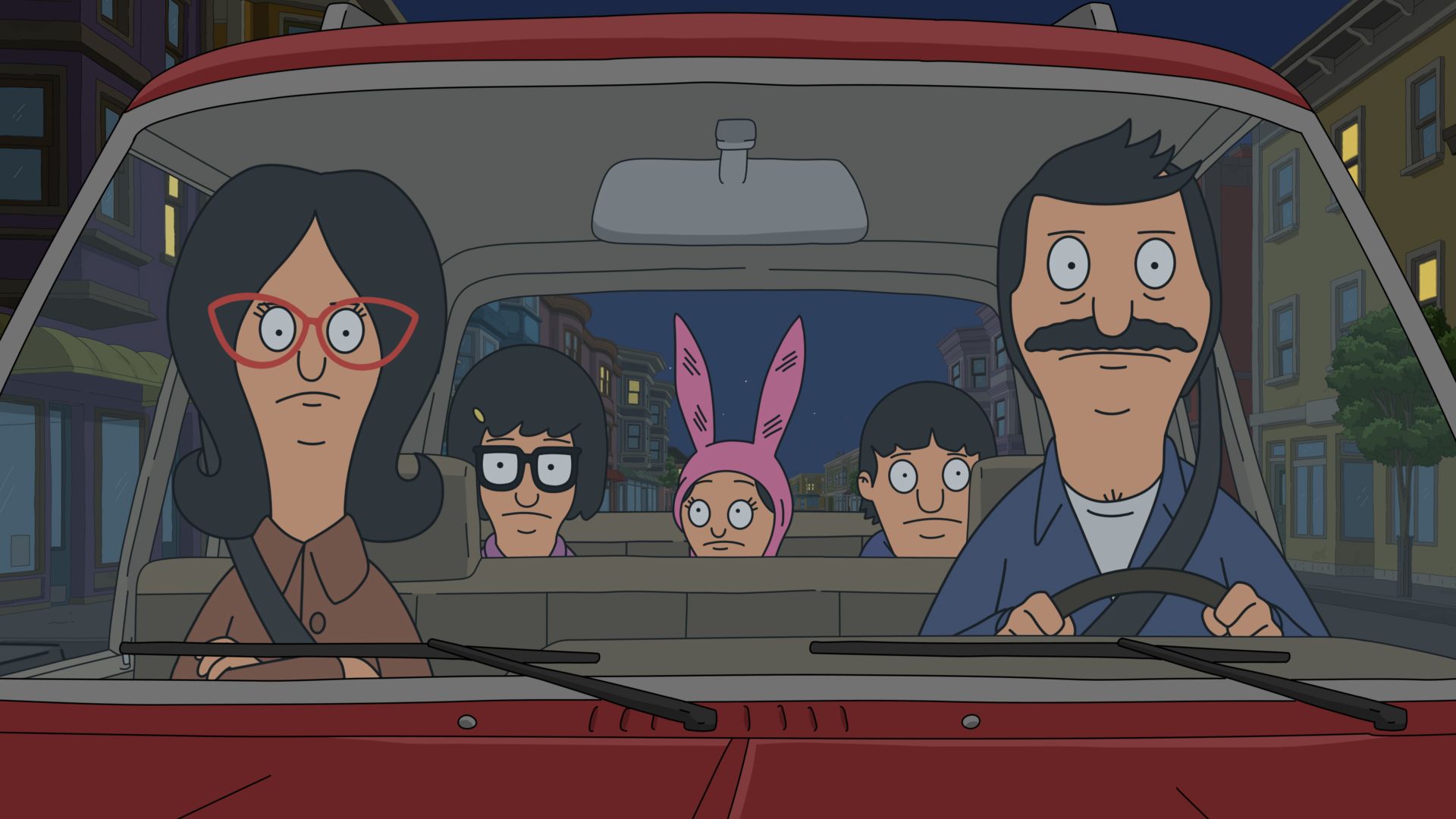 This week’s episode of Bob’s Burgers season 9 was an anthology episode. Those episodes tend to be weak and this one was especially disappointing.

The set up was that Bob Belcher and Linda Belcher were mad at each other on Valentine’s Day. This was making the kids nervous because they’d secretly broken Gene Belcher’s bed. They were hoping that their parents would be in a better mood by the time they got home from watching a Valentine’s Day movie and discovered the bed.

When a projector at the movie theater broke, the kids worried there’d be nothing to cheer their parents up and put them in a good mood. So, they took turns telling stories to fill in what happened in the end of the movie.

These storytelling anthology episodes are so weak because they’re very one-note. In a normal episode, the humor comes from the idea that anyone would actually say or do anything as ridiculous as what characters on this show do. But, when it’s a story that a child is making up, it makes sense for incredibly ridiculous things to happen. There’s no surprise to it.

In previous Bob’s Burgers anthology episodes, the stories have had wildly different tones or settings that make it at least visually interesting. But, since all three kids told stories that were meant to be part of the same movie, the whole thing felt incredibly monotonous. Plus, every story brought up details of the parents’ argument and the broken bed. This could’ve worked if each one had incorporated these details in a different way. But, instead the beats felt extremely repetitive.

The final emotional turn was also a big miss. Louise Belcher’s perfect insight into her parents’ marriage made no sense. It would’ve been more satisfying if Louise was self-involved but inadvertently gave them good advice. Instead, she showed maturity and investment in their relationship that felt out of nowhere.