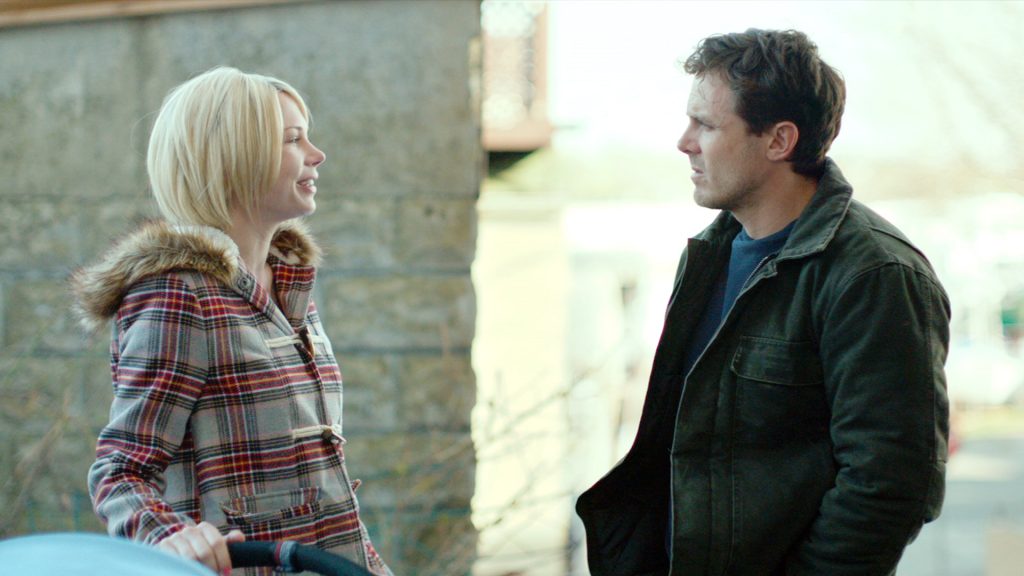 Manchester by the Sea (Amazon Studios)

Life can be devastating, and it can beat you to the ground and leave scars on you that feel fresh regardless of time. Manchester by the Sea tells the story of Lee, a custodian that’s brought back to his hometown after his brother Joe passes away, in order to take care of his brother’s teenage kid. Written and directed by Kenneth Lonergan, this film stars Casey Affleck, Michelle Williams, and Kyle Chandler.

It all starts with Lonergan’s script, and it’s one that feels authentic. The dialogue and the way it’s delivered in the film reflects life so realistically that we are able to get intimate with these characters in some really dark times. The pacing at times feels off in the beginning, especially because initially we don’t know why Lee is such a bleak, angry character. Once Lonergan reveals the reason, we know why he is the way he is. From that point on, we get deeper into Lee’s mindset, and feel for his situation even more. The score is fine, but at times it can be a little distracting, as it sometimes dilutes what could have been a quietly powerful scene.

Casey Affleck gives a subdued, powerful performance as Lee Chandler, a person that lives in his own personal hell wherever he goes. In every scene, we see him struggle to keep it together. He fights to stay strong in a world where men are looked down upon for showing too much emotion or reaching out for help. Affleck does a fantastic job of portraying a broken soul that needs to find a way every single day to keep himself from eating a bullet. His portrayal of Lee is numbingly heartbreaking; however, he still manages to find humor in some instances, making the character as real as possible. Lee has a very realistic character arc, in which it’s not so definite and neat, but it does leave him with a little hope.

Lucas Hedges plays Patrick, the teenage son of Lee’s older brother. Hedges captures the comedic nature of the average teen, but does well with the extra layers in that he’s dealing with the aftermath of his dead father and where the future will take him, since his mother is an estranged, recovering alcoholic. Hedges does a great job acting opposite Affleck, as the two share a genuine connection onscreen.

Another standout performance, although she’s not in the film for too long, is Michelle Williams, who plays Lee’s ex-wife, Randy. Williams is perfect in her role, and it wouldn’t be surprising to see her get an Oscar nomination, despite her limited screen time.

Manchester by the Sea allows us to slip into the life of a man that has made grief his home. It’s a very genuine film that you can’t shake off right away because it’s such a prying tragedy. Casey Affleck, Michelle Williams, and Lucas Hedges all give fantastic performances that will more than likely get some love from the Academy. Lee is a morose character that lives with his guilt every single day, but still finds it in him to be there for Patrick, even if he’s the least fit to do so, and that is something to admire.