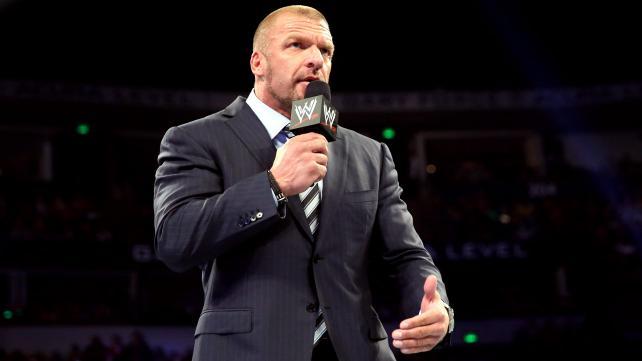 Being 24 years old and a fan of professional wrestling can be difficult. Not only does it often feel like there is nothing that can be done that can surprise you anymore, but you also have to deal with a certain amount of criticism from people who aren’t wrestling fans themselves. I don’t know if my experience is different from everyone else’s, but if it gets brought up in casual conversation with a non-wrestling fan that I am indeed a fan of professional wrestling, they usually give me a crooked look and say something along the lines of, “You know that’s fake, right?”

Occasionally, depending on how much of a snarky asshole I feel like being I’ll act like they ruined the illusion for me. Other times I’ll just acknowledge that yes, I’m aware professional wrestling is pre-planned, and my interest in the product is no different than someone who enjoys going to see a live musical or a play.

Now obviously, looking at WWE as if it were your favorite TV show gives you a much different perspective than if you are a fan that is emotionally invested like it’s a real, unscripted sport. I (mostly) look at WWE no differently than I do a great television drama. I get excited when certain actors share the screen together. I anticipate where particular storylines are going to end up going. I express disappointment or satisfaction depending on the result of the show each week. I appreciate good, long-term storytelling with twists and turns along the way. I enjoy high-quality action sequences.

Can’t those previous five sentences be applied to both WWE and a television program? If I look at pro wrestling with that sort of perspective, does it make it more socially acceptable that I’m 24 and watch at least five hours of WWE programming each week? Do I really care if anyone judges me for enjoy WWE? The answers to those three above questions are Yes, Yes and No.

Anyway, if I’m looking at WWE like I do any other sort of weekly TV program, and I pay just as much attention to the creation and betterment of the product behind the scenes (just as I do with television) as I do the on-screen execution, the easy and obvious winner in WWE this year has been Paul Levesque. Levesque is, in real life, the Executive Vice President of Talent, Live Events and Creative of WWE. On-screen, Levesque is better known as Triple H, aka “The Game”, aka “The Cerebral Assassin”, aka “The King of Kings.”

It was a fantastic year on-screen for WWE, and for Triple H, now 47 years old, it was a year that served as further validation that he is forever one of the most influential, important, powerful and impressive on-screen figures in WWE history. Once a prominent full-time WWE superstar, Triple H has transitioned from talent to executive more and more over the last half of a decade, but at the beginning of 2016, when WWE needed a marquee heel to headline WrestleMania, Levesque and the rest of WWE’s creative department called on Triple H to do the heavy lifting in a rivalry that would go on last at the biggest pro wrestling event of the year.

Triple H won the 29th annual Royal Rumble Match and main evented WrestleMania 32 … it was the seventh time Triple H would compete in the main event at WrestleMania. Though the Triple H/Reigns main event match at WrestleMania could have been better (this was no fault of Triple H or Reigns, they were shackled by the constraints of a traditional match rather than the more violent “No Disqualification” stipulation that should have culminated a particularly violent rivalry … it would be like if in the final scene in Breaking Bad Walt had found a way to Uncle Jack and all of the Neo-Nazi’s with the Ricin like he did Lydia. He needed to kill them in a violent, bloody and creative way. Ricin wouldn’t have gone over well with audiences), the end result showed that Triple H was still well-equipped to carry a noteworthy feud and he was at least more capable than anyone else has been of making Roman Reigns’ main event push relevant.

A few months later, Triple H returned for one night to stick his nose in a Fatal Four-way WWE Universal Title Match on Monday Night Raw. He cost both Roman Reigns and Seth Rollins the championship and again played a major role in one of the highlights of the WWE year. It’s rumored that Triple H will face Rollins in just a few months at WrestleMania 33, and yet again, he’ll prove he’s still one of the best to ever do it.

The biggest contribution that Levesque has made to WWE this year has been off-screen and behind the scenes. It’s hard to quantify exactly how much credit Levesque should receive for certain creative decisions, but what we know for sure is he is overseeing the most innovative and successful WWE venture in recent memory. Levesque is the the founder and senior producer of NXT and the creator of its television series, and NXT’s mainstream success has truly been overwhelming.

Originally founded as a development territory for WWE, NXT is now the biggest “competitor” WWE has faced since the heyday of WCW and ECW. “NXT” chants ring through WWE shows the same way “ECW” chants did in the early 00’s shortly after the Philadelphia based company folded. Levesque has been responsible for the construction and every day operations of the most reliably entertaining weekly program WWE has had to offer this year. He’s managed to create a fresh, wrestling show and he’s poached independent promotions all around the world to assemble a truly unique roster which is ever-changing and increasingly prominent on WWE programs Raw and Smackdown Live. Nearly every major player on WWE’s main roster made their way through NXT. The Wyatt Family, The Shield, Kevin Owens, Finn Balor, Sami Zayn, Rusev, Charlotte, Bayley, Sasha Banks … the list goes on and on, and it will continue growing in 2017.

Whether or not he’s stepping in the ring and competing against them or helping to mold them behind the scenes, Levesque seems to have the Midas Touch when it comes to creating stars. For far too long WWE has relied too heavily on part-timers and guys that are past their prime, and while one could suggest that “Triple H” falls into that category, We’re fast approaching the final days of Triple H, the in-ring competitor. Levesque’s reach and contribution to churning out more and more young, deserving talent in the WWE will help to create a legacy as an executive that is greater than the one he created as a superstar. Even though he spent years as the best bad guy in pro wrestling, Levesque is now the most vital figure in this business and the greatest glimmer of hope in the WWE’s future, and that’s far more important. Levesque spent years being “The Game.” Now he’s creating it.