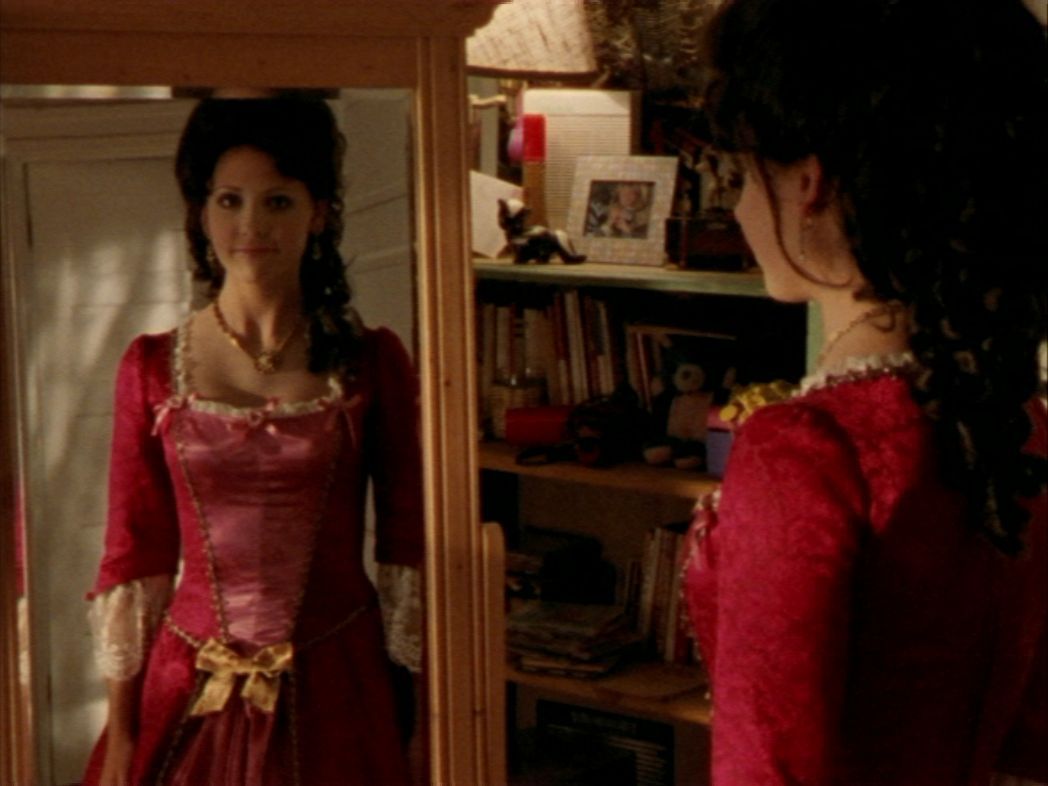 We’re celebrating Halloween every day in October by taking a look at some of our favorite Halloween episodes. Today we’re checking out “Halloween” from Buffy the Vampire Slayer.

Buffy Summers has some tragically low self-esteem and this episode is a prime example. She’s feeling down on herself for not being normal. So much so that she’s convinced her boyfriend Angel– who is an actual vampire– couldn’t possibly like someone as weird as her. It’s a huge bummer, but it’s episodes like this that make Buffy so resonant with people who’ve dealt with poor self-esteem.

There are great cheesy decorations throughout and seasonally appropriate set pieces like Buffy’s fight in a pumpkin patch, but what I love about Halloween episodes of Buffy is that they don’t just use the holiday for surface-level fun. Buffy likes to use Halloween as a way in to really explore a theme– in this case, the desire to become someone else.

Buffy dresses up as a noble woman because she believes that’s the kind of woman Angel likes. She discovers that Angel isn’t interested in that type of woman, but more importantly she realizes that her strength might make her strange, but it also makes her a hero. That’s way better than just being beautiful.

Meanwhile, Xander Harris and Willow Rosenberg actually do get more attention from their future love interests (Cordelia Chase and Oz, respectively) thanks to wearing sexy costumes. Take that to mean whatever you want.

Buffy as a noble woman

Xander as a soldier

Larry as a pirate

Cordelia as a cat