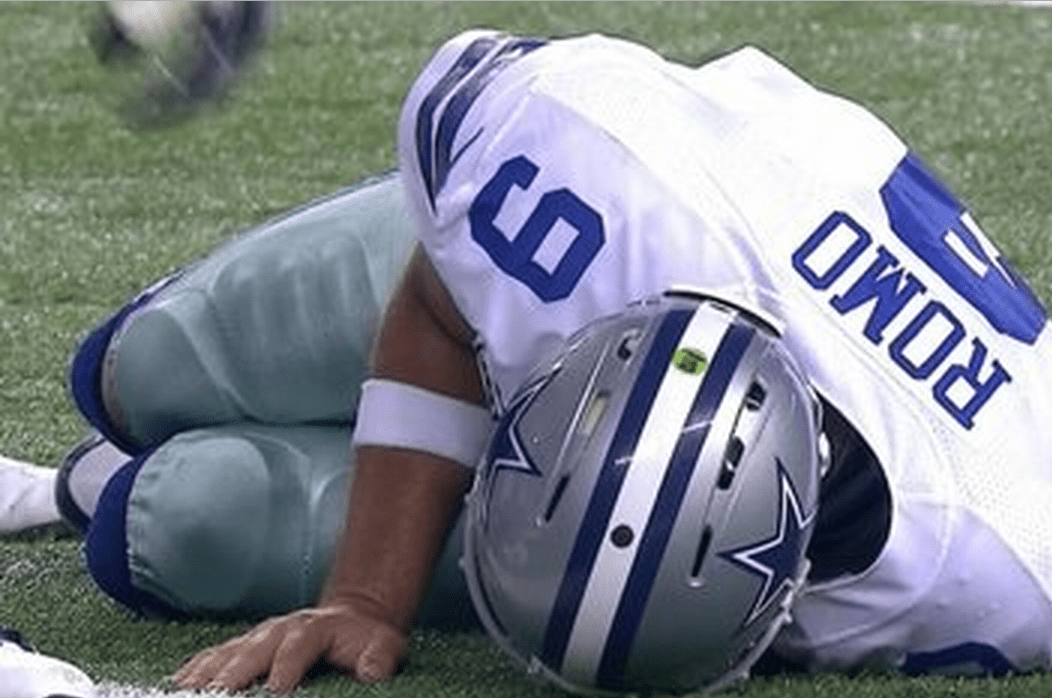 At the beginning of the season it seemed like every other team in the NFL was looking for a quarterback. Fast forward to Week 4 of the NFL season and some teams are beyond happy with how the chips have fallen. Denver, New England, Philadelphia, Dallas, and Minnesota have all found success with guys you wouldn’t have assumed would even be on the field before training camp started. Be it through the draft, trade, free agency, or probing the depths of the roster, these teams have found ways to win. With all these players sudden emergence there could be some interesting quarterback free-agents or tradable players available. Let’s see who might be free, and where they might land. Tony Romo – There are three reasons Romo might be up for relocation. One; he is currently costing the team nearly 20 million a season towards the salary cap. Two; has had serious injuries the past two years that makes you think he doesn’t have a ton of time left in the league. Three; the impressive play of Dak Prescott thus far. All of these factors mean that at the end of the season Romo could be expendable one way or another. The salary cap hit would make trading him prohibitive. I’m sure the team will try to have him restructure to something more palatable (say $10 million a season), but barring that the team will likely cut Romo. Any team that would make a play for Romo would have to think they can win now, and only need a QB to get them there. The Jets make the most sense, as I’m not seeing anything from Ryan Fitzpatrick that makes me believe in him long term. 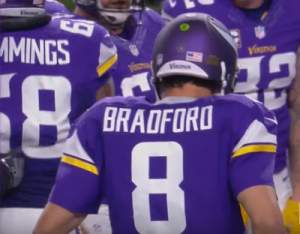 Sam Bradford – Bradford is under contract for another year, and he’s only 28. He came into an offense and has excelled in very limited time. Bradford is never going to be the guy to put the game on his back and win outright, but he certainly can manage a team with good defense to a winning record. The interesting thing is that his signing bonus is done after this year, so the team could cut him, but at $17 million next year he’s not impossible to stomach at that rate. So there could be some trade value here. Carson Palmer is in the last year of his contract, and given the fact that he’ll be 37 at the start of next season the team might want to look for a younger option if his struggles continue. 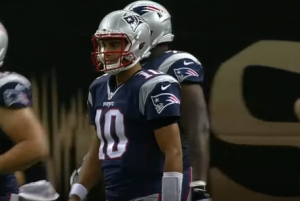 Jimmy Garoppolo– Jimmy G is entering the last year of his contract next year and given that the hit is only about a million he’s going to be a hot commodity. Brady is 39, so I’m sure the team will have some thoughts about keeping him around, but really you only need one backup to Brady, and Jacoby Brissett hasn’t looked bad either. Brissett still has three years left after this one on his rookie contract, so conventional wisdom says that Brissett is the guy you keep and you trade Jimmy. The Browns seem to have a consistent revolving door a quarterback, and this is the sort of guy that would fit right through that door. The Browns and Patriots have had a history of dealings, so this would fit the bill. It would also be a chance to the Browns to “build around” a younger QB. What they build is probably horrible, but still, it’s something.