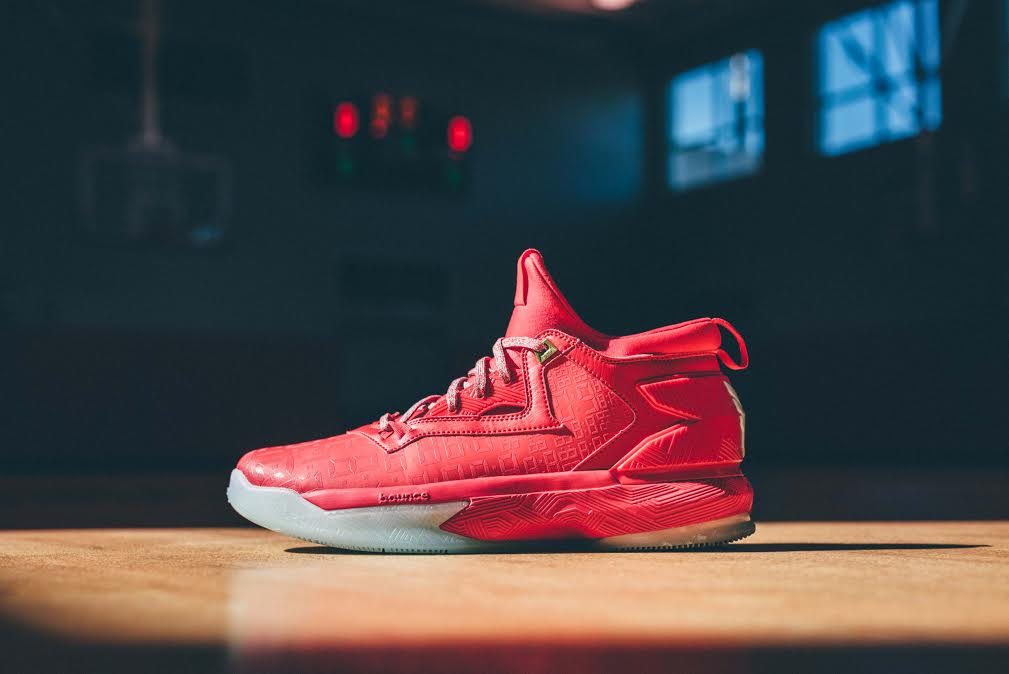 adidas unveils a new colorway of the D Lillard 2 signature shoe for NBA All-Star Damian Lillard to wear during the start of the 2016-2017 season. Damian has earned a reputation for taking over in the clutch and the Dame Time edition of the D Lillard 2 is an homage to those moments.

“I’ve always practiced game-winning shots since I was a kid. My brother and I used to count down the finals seconds, and we wouldn’t leave the hoop until we made it,” Dame explained. “It’s a routine that’s helped shape my mentality in those final moments of a game. I’ll just point to the watch, and you know what time it is.” 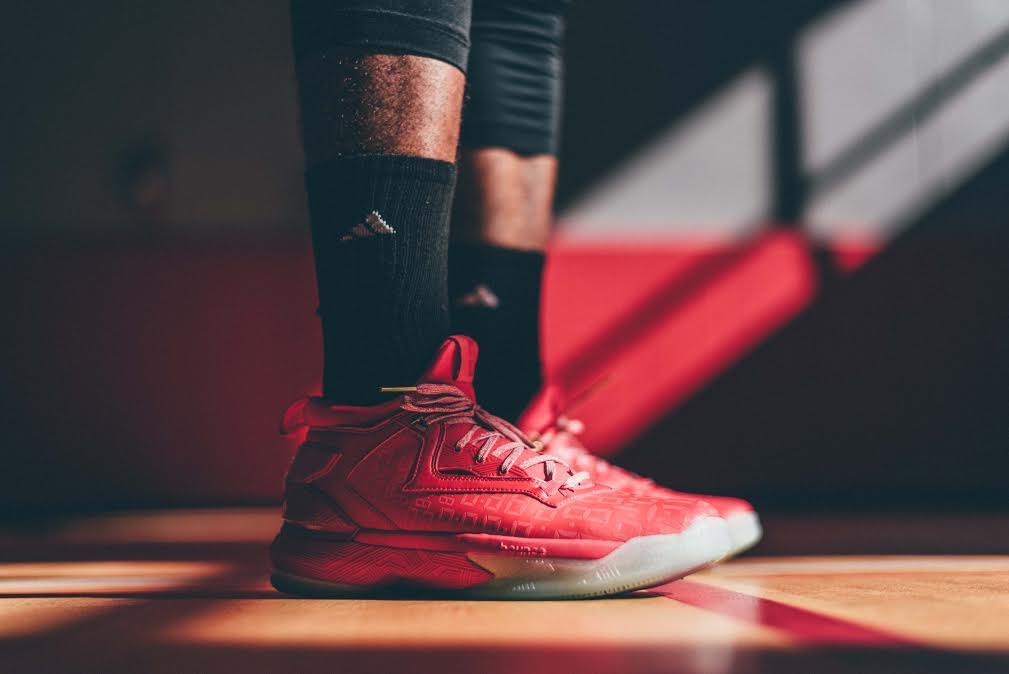 Dame Time displays a tonal shot clock mosaic on a sharp red upper and embraces design cues from disappearing minutes in crunch time to reveal the iconic .9 seconds. Matching the ice in his veins, the latest D Lillard 2 also features iced out accents along the outsole and heel branding while gold hits on the lace tips and eyelets cap off the buzzer beating tribute.