Reebok Classic is proud to announce the latest iteration of the esteemed Fury franchise with the launch of the white and black InstaPump Fury Overbranded.  Including an abstracted, overblown black Reebok vector against a clean white upper, this unisex style has been a tour favorite of Future’s this summer and will be available to purchase for the first time at the new Reebok Fury Pop Up Shop in NYC on October 11th and 12th. 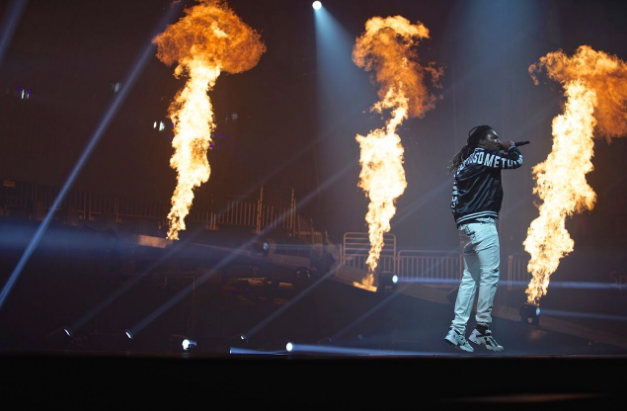 The InstaPump Fury is one of the crown jewels of the Reebok Classic collection.  First launched in 1994, the futuristic silhouette was very advanced for its time with its inverted Pump air bladder, cutouts, and split midsole, and inspired many collaborations with artists, designers and retailers over the years.  Ahead of its time since day one, the InstaPump Fury remains a cult favorite amongst collectors and consumers alike.

The Fury Adapt and Furylite round out Reebok Classic’s Fury collection this Fall with the same DNA and spirit that inspired the original. True to its name, the Fury Adapt is a modern take on a global icon. Geometric and bold like its predecessor, but with a slimmed, sportier silhouette, the Fury Adapt is a look that stands alone.  The Furylite is the next generation of a classic. With striking, angular layers of graphics and texture, the Furylite radiates with individuality and is primed to unleash its own legacy.

The white and black InstaPump Fury Overbranded ($175) will be available for purchase at the Reebok Fury Pop Up Shop in NYC from 4-6pm on October 11th (pre-sale) and October 12th from 12-6pm.  The model will officially launch nationwide on October 12th at Footaction and Reebok.com