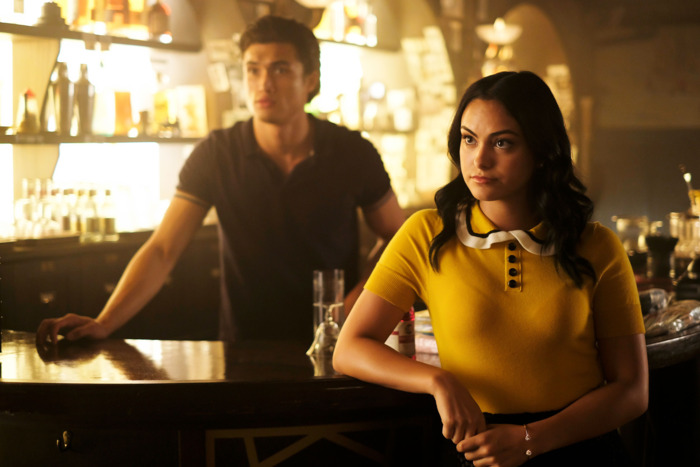 This week on Riverdale season 3, Archie Andrews was forced into an fight club for underage boys, Jughead Jones joined the Griffins & Gargoyles death cult, and Veronica Lodge opened her secret speakeasy. Every moment reminded the audience that no matter how bad things get, none of it actually matters.

One of the main ways that Riverdale consistently kills drama is by having the characters constantly talk openly with adults. Archie laid everything out about the fight club to Fred Andrews. But, he didn’t react to the fact that the entire juvenile detention staff is involved in forcing underage boys to fight each other. Fred just gave him a generic pep talk that would also work before a football game. Later, Archie decides to escape after seeing a copy of The Count of Monte Christo. Why have characters actually reacting to things when you can just make references?

Jughead and Betty Cooper claimed early on that they have to have sex in the bunker because they can’t get privacy. Supposedly their parents are watching them like hawks. But, later, Betty blatantly tells her mom that she’s off to Veronica’s club. When someone tells their mother exactly where they’re going to party, all tension is dead.

That problem was, of course, most notable in the secret speakeasy plotline. It’s either a business for underage drinking that every adult is inexplicabaly totally on board with or it’s a dry speakeasy, making it basically a glorified Boys & Girls Club. I’m not sure which option is weirder.

The episode goes right past the organic dramatic potential in Veronica trying to get away with running a club. Instead, it became a plot about Veronica blackmailing her father. She easily found his drug den then threatened to tell the FBI directly. The same Veronica who is helpless to free Archie was willing to turn to the FBI for the sake of a club in a basement.

Similarly, Jughead becomes convinced that the only way to solve the mystery of Dilton and Ben’s death is to gain the G&G manual. This isn’t based on anything other than the episode’s need for a tangible goal. For all we know, the manual is full of nonsense. But, the characters in this episode do things solely to get from one plot to the next. It was a mechanical, joyless episode.