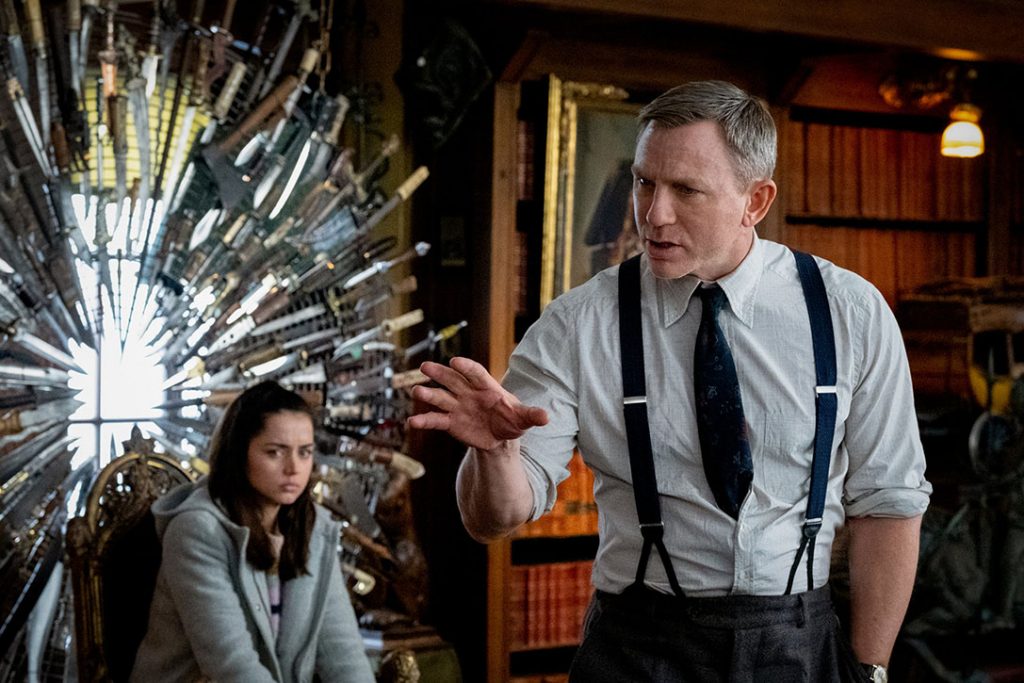 There aren’t many stellar murder-mystery flicks as of late, but writer and director Rian Johnson is here to spark the genre with his new movie, Knives Out. The old fashioned whodunnit places the death of an extremely wealthy patriarch—Harlan Thrombey— at the center, surrounded by argumentative family members that aren’t strangers to leeching. Although it’s not a cash-grab flick, everyone is in this movie. The remarkable cast includes Daniel Craig, Ana de Armas, Chris Evans, Toni Collette, Michael Shannon, Jamie Lee Curtis, LaKeith Stanfield, and Christopher Plummer.

The script is a sharp and hilarious page-turner that keeps you guessing. Johnson is a talented writer and lures you into a complex web of lies and peculiar truths, stringing you along by teasing you with the rewards of justice and closure. It’s difficult not to try and figure out the entire story along with the detective. And although it looks like an old school whodunnit, there’s a piece of information in the story given to you earlier than you’d expect, which pulls you in even more.

Johnson’s direction is just as masterful as his screenwriting. The film gives you evidence throughout and jumps to various parts of the timeline from different perspectives to immerse you in the chase. Not to mention—and this is no surprise—Johnson builds tension very well while he mixes in humor to keep you teeter-tottering on the edge of your seat. You’re in the hands of a major fan of the whodunnit genre, and he gives you a fresh take on it. 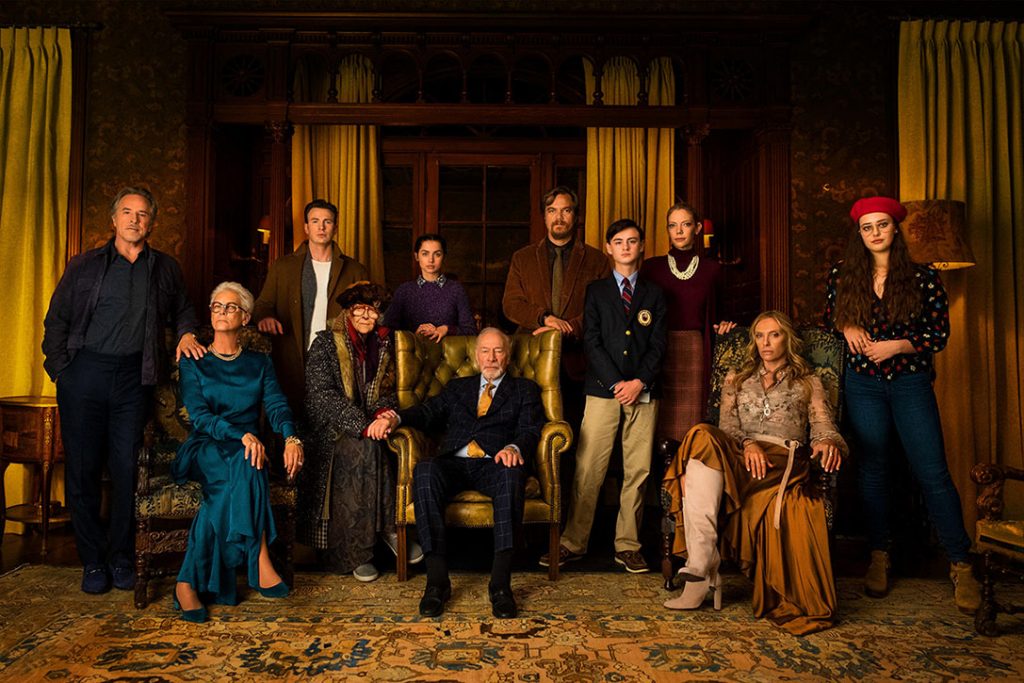 All-star cast in Knives Out

Everyone’s in the cast, but there are a few standouts performances, including ones from Daniel Craig and Ana de Armas. Craig plays a talented and obstinate private detective named Benoit Blanc. When Craig speaks initially, his accent seems a bit laughable at first, but it grows on you. His unique southern drawl adds to his bold character who always seems to be the smartest person in the room, even when he isn’t.

Ana de Armas plays Marta—Harlan Thrombey’s nurse and a family friend. She plays the innocent goody-two-shoes very well, working to support her mother and sister. Johnson makes the character a little more interesting by giving Marta an odd condition: she regurgitates when she lies, literally. De Armas—as Marta—is your surrogate character in the story, and she does a terrific job of making you feel the walls crumbling down.

There’s no glaring weak link in the Knives Out cast, especially the actors playing members of the Harlan family. Yes, there are a couple of throwaway characters, but it never hinders the forward momentum. Chris Evans, who plays the asshole of the family—Ransom—does a 180-degree flip from his Captain America role here. He even acts like he hates dogs! I’m not sure how he pulled that off, but bravo.

If you’re looking for an engaging murder-mystery that’s always one step ahead of the game, Knives Out is a ride you’ll enjoy. Within the twisty story is a balance of dark humor and the pondering of moral conscience. The film is equal parts witty and stylish, making it tons of fun for a night out.