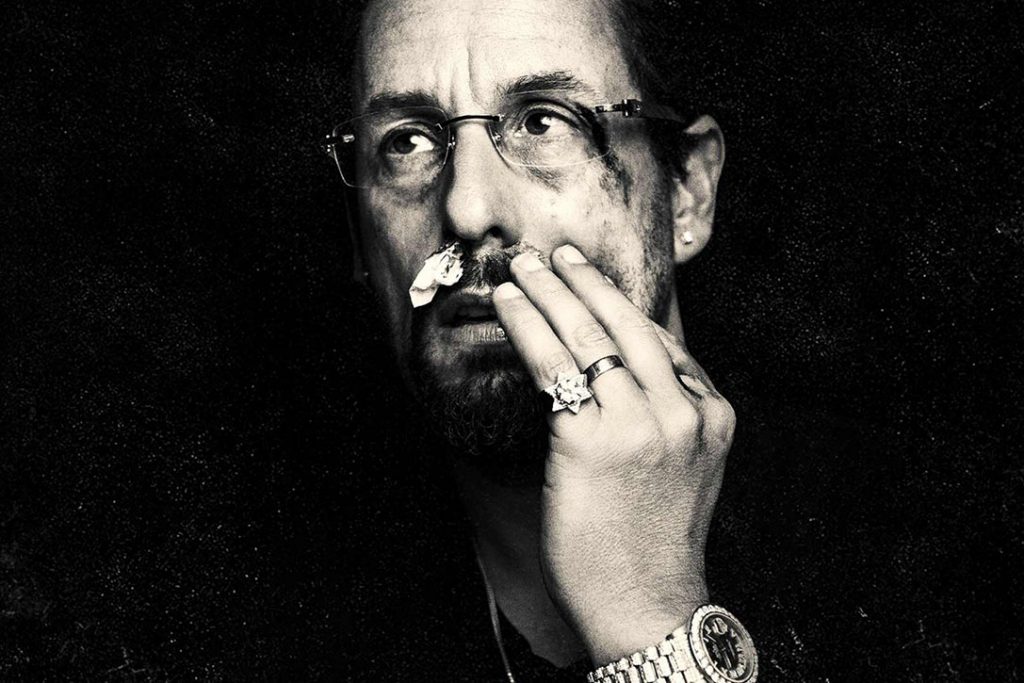 Gambling can be a sickness. A person addicted to it continues to pick at a scab to rush the healing process only to re-open the wound and let fresh blood spill. In Benny and Josh Safdie’s new film—Uncut Gems—a New York City jeweler makes various high-stakes bets to try and straighten his life out, including one that involves a precious opal stone. Adam Sandler stars in this live-wire crime drama that witnesses the downward spiral of a man who’s in love with chasing false hope. Sandler is joined by NBA legend Kevin Garnett, LaKeith Stanfield, Idina Menzel, and Julia Fox.

Written by the Safdie brothers and Ronald Bronstein, Uncut Gems is relentless. On paper, it seems like another story about a degenerate gambler who burns everyone around him, and it is, but the intricate web of madness slowly burying the central character makes it much more fascinating. Sandler’s character is juggling a variety of issues, and the script keeps tossing more in his rotation to push the envelope as far as it can go. Thanks to the intense story and natural dialogue, you can’t help but watch this man’s realistic fall to rock bottom. My only complaint is that the film feels a bit monotonous at times.

Cinematographer Darius Khondji keeps the camera moving, never stopping for more than a second to give you a sense of urgency and anxiety throughout the movie. It’s also shot in 35 mm film, giving it a gritty and grainy look to emphasize the seedy world of the main character—Howard Ratner. Some poignant shots begin and end the film, using the opal stone to transition to unusual things, such as Howard’s colon. Mix in the 80s Sci-Fi music by Daniel Lopatin—who also scored Good Time—and you have a film that feels otherworldly. 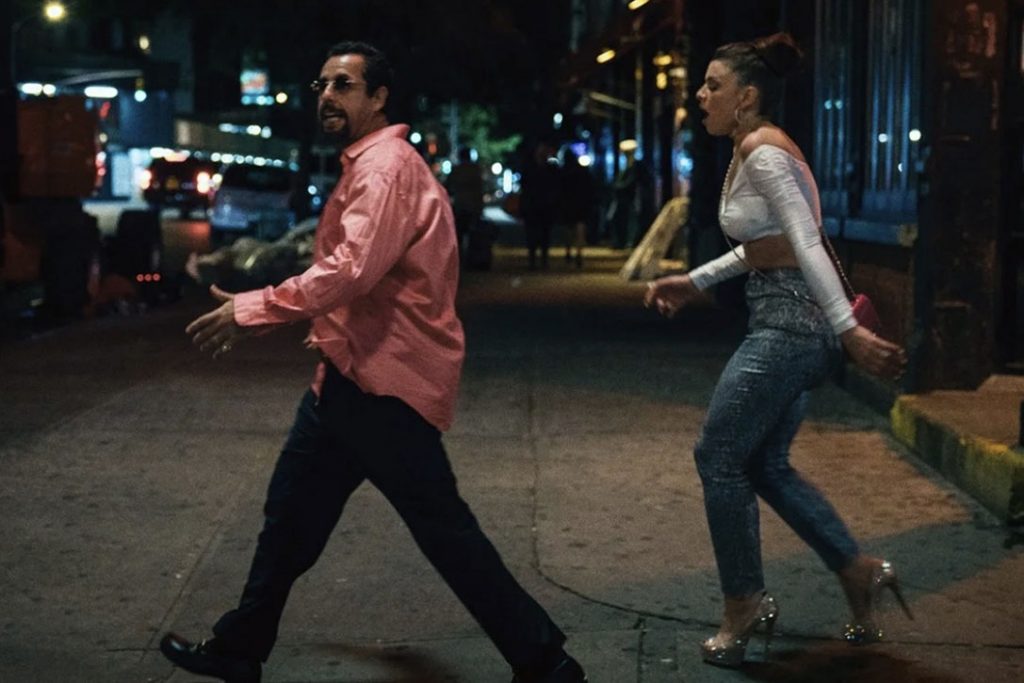 The Perfect Role for Sandler

Adam Sandler was cast perfectly as Howard Ratner. Sandler plays Howie with tenacity and desperation, using his fast-talking hustle game to convince others, and himself, that there’s a light at the end of the tunnel. As he digs himself deeper and deeper into his own grave, Howie still believes he can pull the strings and execute the win that will wash away all of his losses. If any other actor played Howie, he probably wouldn’t be likable at all, but with Sandler in the role, you root for him. Without a doubt, this is one of Sandler’s best performances.

For the most part, Uncut Gems is Sandler’s film, but one supporting actress keeps up with the veteran. The stunning Julia Fox—as Julia—is a character that you think you know initially, but she turns out to be more than the stereotypical side-chick gold-digger. This is Fox’s first film, and she makes quite the impression. The other supporting actors are wonderful, building up this frantic world to feel real, including LaKeith Stanfield and Kevin Garnett—who is a surprisingly solid actor.

Uncut Gems is a film that keeps pushing Howie to different levels of hell. It’s a movie that consoles nihilism and the madness of life, cranking the tension to an 11. Howie wants to feel like he’s worth something in this world, so he gets addicted to the idea of wealth and chases it endlessly. The whole film is about the impact of our decisions and their consequences, welcoming the chaos theory of the universe with open arms.