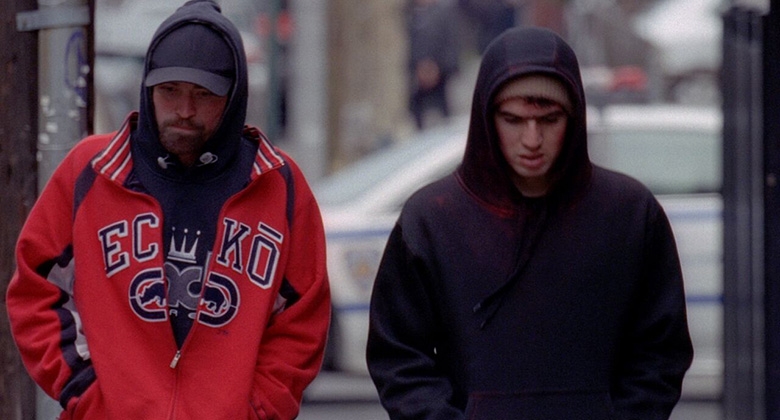 Sometimes a film unfolds so naturally that you can hear the main character’s internal clock tick and feel the weight of his choices. Good Time, directed by Benny and Josh Safdie, tells the story of Connie, a thief who’s in desperate need to rescue his mentally ill brother from prison after a botched robbery. Robert Pattinson stars in the lead role, alongside Benny Safdie, Jennifer Jason Leigh, and Taliah Webster.

Benny and Josh Safdie do a fantastic job of capturing the gritty, mean streets of New York. Often times, scenes are washed over with lighting that makes the setting appropriately hellish. The script that they wrote put the characters in one difficult situation after the other, reminiscent of Martin Scorsese’s After Hours. You never really know where the story will end up next in this tale that takes place over one crazy night, making for a very gripping ride. The Safdie’s use of intimate close ups really puts a spotlight on the characters’ pain and even invites you into their thoughts. With lesser actors, this wouldn’t be as successful.

Robert Pattinson gives the performance of his career as Connie, a low-level bank robber that can’t get his life together. He’s manipulative, street smart, and doesn’t give a care in the world about anyone around him besides his brother. Just by looking into Connie’s eyes, you see the fleeting regret of all his actions, until he ends up where his whole life has been leading him to. Pattinson conveys the desperate willingness and frustration of Connie so well that sometimes you want him to catch a break, regardless of the character being a low-life.

Although this is Pattinson’s show, the supporting cast do a wonderful job. Benny Safdie plays Nick, Connie’s mentally disabled brother, and he is very convincing. We feel for him quite a bit because he believes in his brother, even though we know that Connie is no good for him. There are other characters along the way, like Jennifer Jason Leigh’s Corey or Taliah Webster’s Crystal, that play off of Pattinson very well. They really help build the depiction of the gritty streets of New York where life can be a nightmare.

The Safdie’s do an amazing job with this film. From directing, writing, editing, and even sound editing, the Safdie’s had a hand in just about everything. To watch it is to experience one last fight in a man trying to do one thing right after a lifetime of waste. With this film, Pattinson proves that he’s an actor to be reckoned with, and the Safdies prove that they’re directors to keep a watchful eye on.