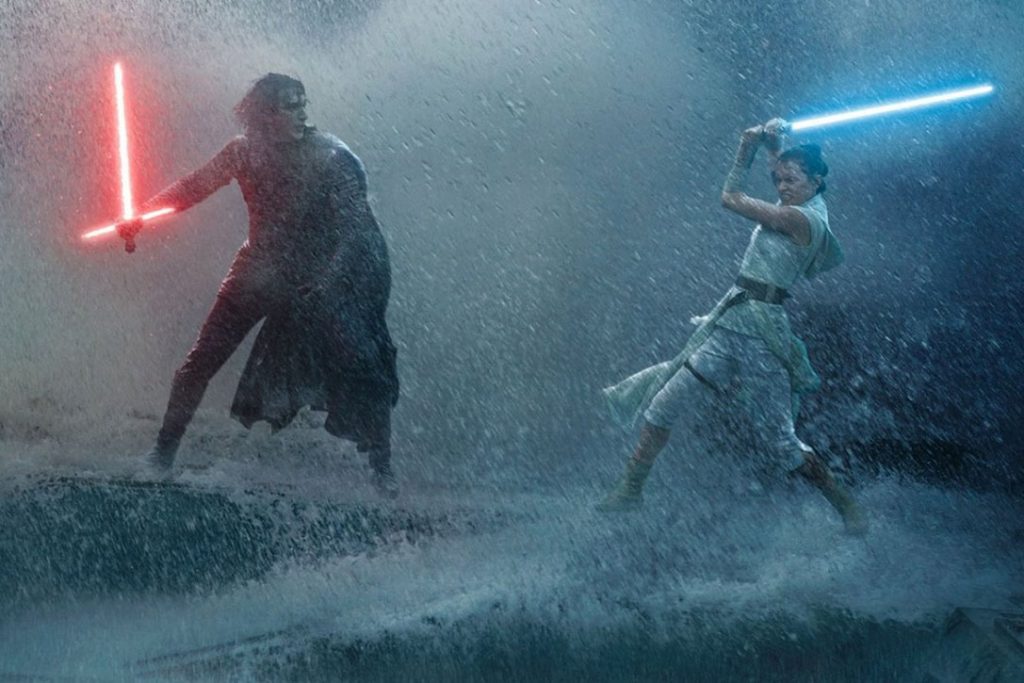 We’re finally at the end of the Skywalker saga and what a journey it has been. This is the finale of the third trilogy in a roller coaster of films with highs—“No, I am your father”—and lows—“Now this is pod racing!” In Star Wars Episode IX: The Rise of Skywalker, Palpatine is mysteriously back with a new threat, as Rey, Finn, and Poe try to find a way to stop him. On the other hand, Kylo Ren is still trying to lure Rey into the Dark Side while plotting to destroy Palpatine to maintain his power. J.J. Abrams is back in the director’s seat, and the whole crew returns for the last dance, including Daisy Ridley, Adam Driver, Carrie Fisher (archive footage), Mark Hamill, John Boyega, Oscar Isaac,Ian McDiarmid, and Anthony Daniels.

The script was written as fan service. J.J. Abrams and Chris Terrio tried to “correct” the direction The Last Jedi took the franchise with a screenplay that is—for better or worse—pure nostalgia. The result: a film that’s predictable and unfulfilling, as it ultimately feels too safe and way too familiar. The film feels rushed and jam-packed with damage-control fixes for bold decisions made in the previous film. There’s a lack of anticipation-building, weak character development, and storylines that feel shoved in—especially Palpatine’s. There’s an explanation for Rey’s power and lineage, which is decent, but she’s the strongest she’s ever been with The Force in this film. So, you never feel she’s in any real danger. Although the script is a hot mess, it does provide you with some genuine Star Wars moments that will spark a smile on your face now and then.

Despite a weak and odd script with so many “sike!” fake deaths and fan-influenced moments, the film is gorgeous. From Rey facing off Kylo Ren’s TIE V/N Space Superiority Fighter on a desert planet to a dramatic lightsaber battle on the remains of the Death Star as ocean waves crash, The Rise of Skywalker is a visual treat. There’s plenty of space dog fights, lightsaber duels, and blaster action to fill you up. However, the overabundance of action often makes the film feel bloated. 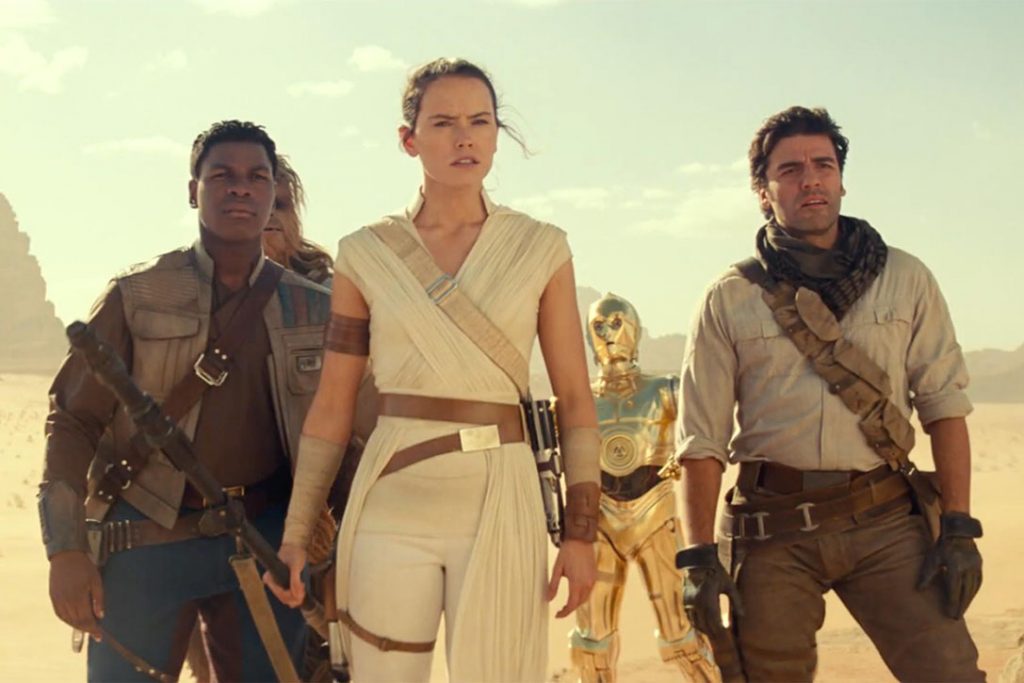 Daisy Ridley–as Rey–is that best she’s ever been in the trilogy. Yes, Rey is a mighty Force-user and way more powerful in this movie than in the last two, but Ridley makes it work. She’s convincing in even the oddest moments of the film, diluting the awkwardness of the story slightly. Her best scenes are with Adam Driver’s Kylo Ren. Driver isn’t given much to do in this film, but he’s fantastic once again at portraying a man who’s conflicted. There’s one scene in particular with Kylo Ren and a veteran character that’s perfect.

The supporting characters do more of the same. Oscar Issac and John Boyega, as Poe and Finn respectively, bicker and crack jokes. Boyega’s Finn isn’t given much of an arc and feels wasted. Older characters like Chewbacca—Joonas Suotamo- and C-3P0—Anthony Daniels—have some heartwarming moments. Not to mention, Billy Dee Williams is back as Lando Calrissian, but he’s nothing more than a glorified cameo. And then there’s Ian McDiarmid as Emperor Palpatine. McDiarmid is fantastic as Palpatine, but the character in this film felt so out of place and unnecessary.

Star Wars Episode IX: The Rise of Skywalker feels like a movie that crowdsourced ideas from Star Wars fans that hated The Last Jedi—which is arguably the best of the new trilogy. It’s a movie that feels like pure fan service, yet it never really delivers anything pure. Does it have its moments? Absolutely, but there’s plenty of misses in between those moments to call this a home run. Overall, I’m not mad at the film, just disappointed.