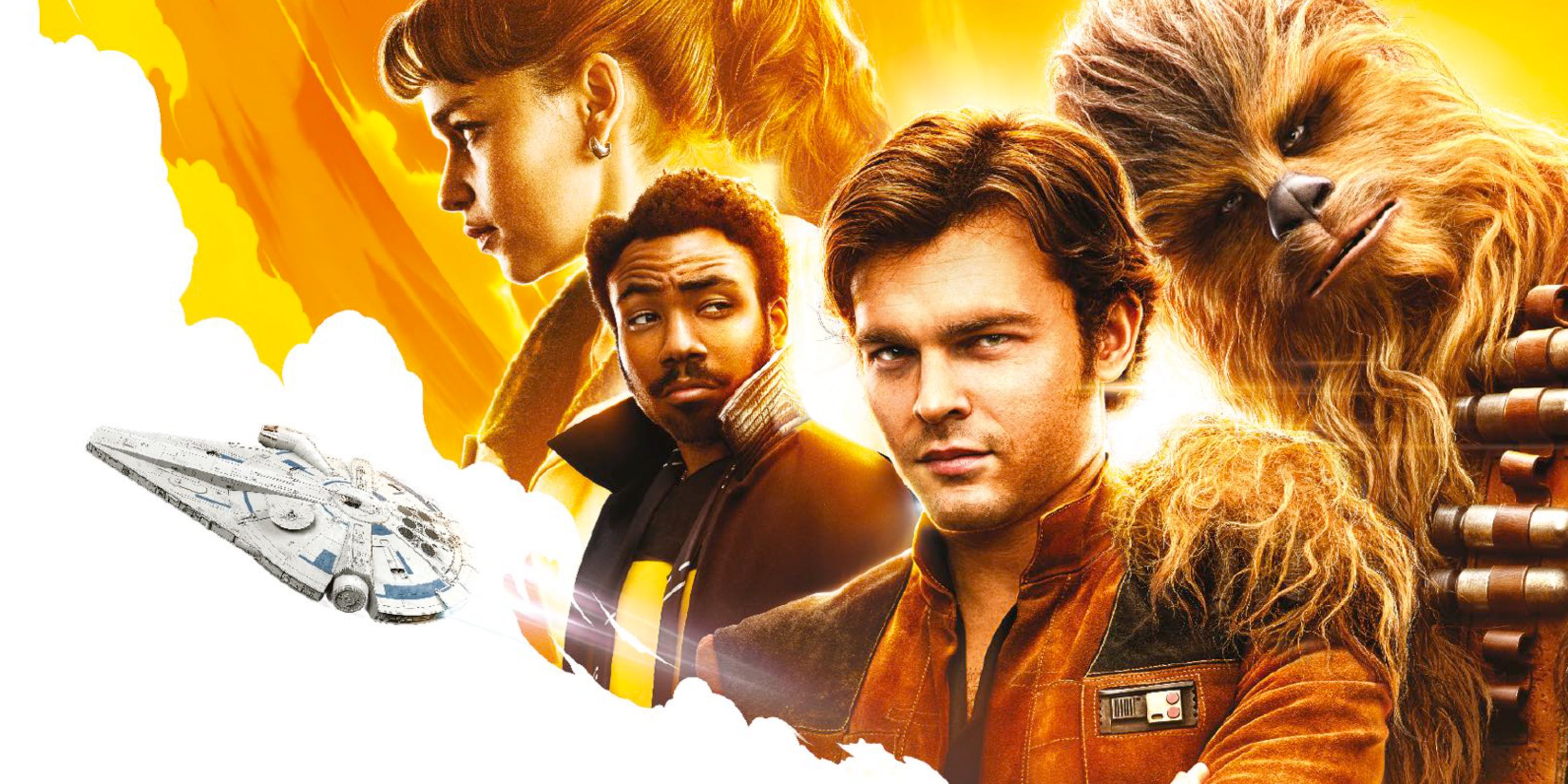 When you ask people who the “best pilot in the galaxy” is, most of them will say have the same response: Han Solo. A rebel with a cause he doesn’t acknowledge much, Han is an iconic pop culture character that just so happened to get the origin treatment. Ron Howard takes over the director’s chair to give us Solo: A Star Wars Story. Alden Ehrenreich stars as the title character with Donald Glover, Emilia Clarke, Woody Harrelson and Paul Bettany joining him.

With all the talk of reshoots and drama over the firing of initial directors Phil Lord and Chris Miller, Ron Howard did a serviceable job taking over. It’s not a complete mess, but it does get messy at times. This is a self-contained story with no strong plot points that connect to any of the other films. Sure, there are references, along with one big cameo, but it doesn’t add anything to the existing Star Wars universe. The script just didn’t take any chances and played it safe throughout. Overall, it didn’t really give Han Solo a worthy backstory or reveal why he is the way he is. Having said that, it does have some comedic moments, along with some pretty neat scenes, but nothing that will move you in any significant way.

The action in the film was done well, especially the train heist and the meeting of Chewie and Han, but there’s no real weight behind them. When supposedly significant characters die off, there’s no emotional drive at all. The character that gets some really awesome, brutal action scenes is Chewie. At a young and vibrant 190 years old, he kicks some butt.

Alden Ehrenreich is Fine as Han

Han Solo and Chewie in Solo: A Star Wars Story

Although there was so much concern about Alden Ehrenreich playing Han Solo, he wasn’t too shabby. Some moments felt a little odd, but it’s mostly because of cheesy dialogue. Ehrenreich will often times find a groove of his own, and it’s an entertaining take on Han Solo; although, he’s no Harrison Ford, obviously.

Donald Glover is the Bo Jackson of the entertainment industry, so it didn’t surprise me that he did so well playing Lando Calrissian. Glover played it cool with his smooth voice and charming presence. He even rocked the cape with ease. His interactions with Han are amusing, but he doesn’t have quite enough screen-time. Then there’s Emilia Clarke, who does very well with what she has to work with as Han Solo’s love interest, Qi’ra. Clarke plays the torn, mysterious type very convincingly and might be one of the better female characters in the Star Wars universe.

With all the tedious double-crossing and wasted characters, this film really didn’t have any solid footing. The few great moments it has are admirable, but the rest of the movie isn’t worth the Star Wars label. This could’ve been something much better with more careful consideration for Han’s character development and a bolder mindset. Instead, we get a fast-food version of what could’ve been.