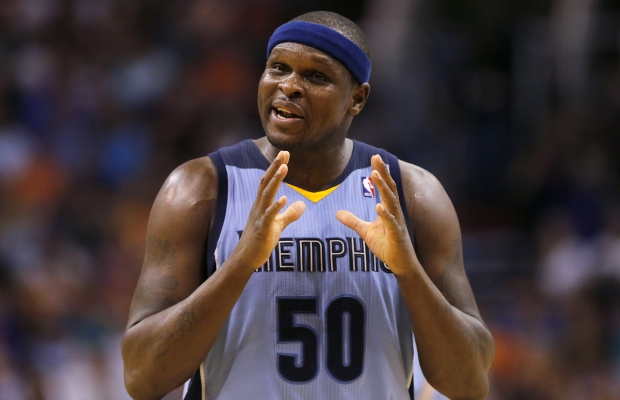 I often find myself thinking about how individual NBA success is so dependent on situational factors that are far outside a players control. I then generally start to think about how my thoughts are far different than those of most twenty-four-year-old’s. Then I go back to thinking about basketball stuff, and alternate universe scenarios where players achieved a greater amount of success than they did in real life simply because of what team they got drafted by, when they were traded, what would have happened if they didn’t get hurt, etc.

An underrated subject for this type of examination is Zach Randolph, the doughy fifteen-year veteran Power Forward that has called Memphis home for the last seven seasons. It took Randolph, a truly gifted post player (who had an admittedly troubling amount of personal baggage) nearly a decade to find a home where he was fully appreciated and revered. It feels like things could have been different.

Randolph nearly entered the NBA straight out of high school, but instead he opted to do the one-and-done thing Michigan State, where he only played 20 minutes per game during his Freshman season. Z-Bo entered the NBA a year later despite limited college experience and was drafted 19th overall by the Portland Trail Blazers, then infamously known as the “Jail Blazers,” and this just so happened to be the absolute worst possible place for an impressionable 19-year-old to be employed as a professional basketball player.

Poor Z-Bo would have been better off getting drafted by Sanam Tehran of the Iranian Basketball Super League. By the 2003-04 season, Randolph was the starting Power Forward for Portland, a double-double machine, and the league’s Most Improved Player. But the Blazers were far and away the most dysfunctional and legally troubled team in the league. Randolph was a year removed from sucker punching Ruben Patterson in the face during a practice (and subsequently hiding out at Dale Davis‘ house for the next few days because he feared Ruben Patterson was going to literally try to kill him … literally), and the Blazers missed out on the Playoffs for the first time since 1982. The jury was already out on Zach Randolph: he was trouble on the floor, he was trouble off the floor, he put up empty stats, and you couldn’t win with him.

Unfortunately, nothing changed at either of Randolph’s next two stops. In the Summer of ’07 Randolph and Dan Dickau were traded to New York for Steve Francis and Channing Frye, an underwhelming trade all-around. The Knicks were hardly the model of perfection as far as franchise stability went, but it provided Randolph a fresh start. It wasn’t even 18 months later that Randolph was on his way out, packaged with Mardy Collins and heading to the equally dysfunctional Los Angeles Clippers. At this point, Z-Bo was still better off playing in Iran.

Less than a year later Randolph was traded again, for the third time in his career, this time straight up to the Memphis Grizzlies for Quentin Richardson (who was traded a whopping four times in the 2009 offseason). The trade was a footnote. By this point it was assumed that Randolph was just another lost cause; a great what-if. It was clear he had the talent — the old school talent — but he could never put it all together or find himself in a situation where he was given a chance to thrive. Memphis had won 24 games the season before, and there were no signs that the Grizzlies, a team now “led” by Zach Randolph, could find themselves in the postseason any time soon.

Two years later the Grizzlies snuck into the Playoffs as an 8-seed and the narrative, improbably, changed. The upstart Griz upset the mighty San Antonio Spurs in Round 1; it was the first time a top-seeded team had lost a best-of-seven 1st Round series in NBA history, and the first time in his pro career that Z-Bo was a national story for the right reasons. He devoured the Spurs like he was at an all-you-can-eat buffet in Round 1, and nearly carried the Griz to the Conference Finals. It was the moment everyone realized how freaking good Zach Randolph was.

It was a well-deserved coming out party for a guy who, from a talent standpoint at least, was capable of this much earlier on in his career. Fans no longer cared about his tainted past, and the thought that Randolph was nothing but trouble was no longer a topic of discussion. All that mattered now was his newfound success in a small market that fully embraced all of his baggage, and his physical, yet savvy post-up game, which proved to be a viable offensive option for a team that came damn close to making the NBA’s final four in 2011, before finally making it in 2013. 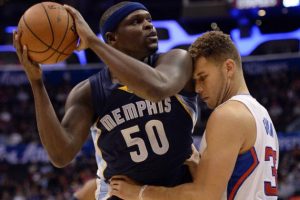 Randolph has mastered the same kind of old man post-game that your uncle has, only he’s done it at the very highest level of basketball. He can’t run and he can’t jump; he’s never really been able to do either. He’s made up for it with deceptive quickness with his first step, and incredible body control in tight spaces. He’s able to lower his shoulder just enough to get defenders off balance. His footwork is impeccable and he routinely gets off these crooked-arm, goofy-looking shots in traffic over jumping tree’s, and they go in. And if those shots don’t go in Z-Bo has teleported, or just quickly moved his slow ass right into the right spot to collect his own offensive rebound and get a bucket anyway.

This was Z-Bo’s M.O. in Portland, New York and Los Angeles too. He’s always possessed these skills in the paint, but for some reason shit never came together until he landed in Memphis. Did he just need organizational stability from the start, or was a young Zach Randolph predisposed to being a basket-case regardless of where he began his career? Did he just need time to mature (just like everyone else does when they are in their twenties and thrust into the real world), or did he need a fan base and franchise to have his back, give him a shot and fall in love with him? Maybe Zach Randolph can help clear this up:

“This town has a relationship with me. It’s not the white side, the black side, it’s the whole town. They understand the grind. They’ve been through it. It’s a blue-collar town. People work hard. When you talk about Memphis, it’s usually First 48 or something bad. But there’s good people everywhere. And you don’t look bad on nobody because somebody went to the penitentiary or somebody did this. You treat everybody the same because everybody’s got skeletons. Some people just hide them more. Some don’t get brought to the light, but ain’t nobody perfect. Nobody.”

Maybe Memphis was the ideal place for Zach Randolph to play basketball, but maybe he needed to grow up and take his lumps elsewhere for him to be able to fully embrace Memphis just as their fans embraced him. If he would have been traded to Charlotte in 2009 then maybe he’s not even on this list, despite the fact that he clearly had the physical tools to end up even higher than he is now. Maybe this is the perfect spot for Zach Randolph. Maybe I should stop thinking about him so damn much.