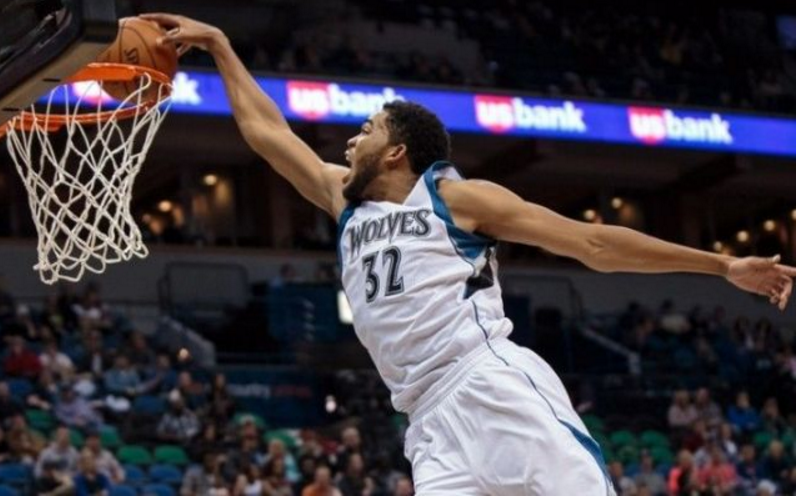 Presenting an NBA preview of the Minnesota Timberwolves that looks at the potential highs and lows for this coming 2016-17 NBA season.

Meet your hipster team for the 2016-17 NBA season, the Minnesota Timberwolves. What is a hipster team you ask? It’s a team that is on the come up with young talent and preferably a cool name and jersey. The Wolves fit that description (especially once they abandon the “Timber” part of their name) to a tee.

Already armed with the league’s most exciting group of young talent headlined by Karl-Anthony Towns and Andrew Wiggins, they finally have a real head coach. Basketball genius Tom Thibodeau is the type of guy you want to establish a winning culture. He’s obsessed with basketball and has a track record of winning (255-139 head coaching record). With full control of basketball decisions Thibodeau will reflect his passion for basketball on the organization and that’s a good thing. Let’s see what the 2016-17 Wolves will look like.

What’s Good… Building blocks: Wolves fans tortured by the incompetence of the  David Kahn era will think of the Tom Thibodeau era as a basketball utopia. They only won 29 games last year, but they were also incredibly young. Much like the Thunder and Warriors (pre-KD) before them, the Wolves have the pieces to be an organic super team. All the key contributors age below the age of 26. The core made up of Towns, Wiggins, Zach LaVine, and now Kris Dunn are all under 23 years old with Dunn actually being the oldest.

What makes young so enticing is that their brains are like sponges and their contracts are dirt scraps relative to the market. They’re a bare canvas and Thibodeau could be the mastermind artist. He doesn’t have to come in and prove himself to veterans before getting to establish his culture, the Wolves culture is whatever he wants it to be.

Towns and Wiggins have the potential to be the league’s best duo, LaVine could turn into one of the league’s most electric players, and Dunn could be a top tier point guard. Flanking this core is a second line of slightly older players—Shabazz Muhammad, Gorgui Dieng, Ricky Rubio— who know more or less what they will contribute, but are still young with little mileage on their legs. If any coach is known for testing player’s odometers its Thibs and you can bet he will squeeze every possible minute from these youngsters.

The Bad… Perimeter shooting: Every era of the NBA has its distinct style of play. The late 1990s was all about driving to the basket. The 2000s were all about highlight dunks. The 2010s are all about shooting. Stephen Curry’s rise is not a coincidence more than it is a convenience. The game is getting smaller and spacing every inch of the floor. In order to do that you have to be able to knock down threes. Last season the Wolves did a couple things well, but their shooting was greatly lacking.

The problem was not so much that they were missing threes, they were not even trying. They finished 29th in the league in three-point attempts and makes. That number needs to improve significantly if they dream of locking horns with snipers like Warriors, Trail Blazers, and Spurs. This is not to say they have to jump into the top ten, but the teams that have success despite not shooting well from deep—Grizzlies, Clippers—make up for it with phenomenal post offense. Right now Towns is their only real consistent threat down low so they better start launching some extra shots in practice.

X-Factor… Andrew Wiggins: If the Wolves are ever going to reach their full potential Andrew Wiggins will have to fulfill his potential as a superstar. To this point Wiggins has not done much to dispel any expectations that he will grow into his ‘Maple Jordan’ nickname. He’s been co-signed by the Mamba and was even blessed with his very own Shaq (Karl Towns), only his Shaq has a jumper. We know Towns will be a freak of nature and fulfill his role as the Shaq in this partnership. All Wiggins has to do carry the torch Kobe passed (yes, Kobe does pass) down to him.

His sophomore season in the league was a step in the right direction. He already developed a devastating spin move to score down low. He already puts any defender foolish enough to meet him at the rim on a poster. The only thing holding him back is a reliable jumper to counter defenses sagging off on pick-and-rolls.

He shot better from the field (46-percent compared to 43-percent his rookie year) last season, but his three-point percentage took a minor dip to 30-percent. He doesn’t have to be the second coming of Larry Bird, but a healthy 35-percent would do wonders for his game. Kobe and MJ (just as a reference, chill out) shot 33-percent from three in their career, Wiggins is currently at 30-percent. Some fine tuning and Wiggins can hit that mark and maybe a little more.

Judging from the footage we have seen on YouTube and social media, Wiggins knows that is the final piece of his game too. He’s working on a step-back, drives, and most importantly that three-pointer. All looked good, but even you can look good against shadow defenders. If he can prove to knock down these shots and continue to do stuff like this on defense the Western Conference is in for a big surprise.

Bet On… Karl-Anthony Towns will make the All-Star team: It’s tough enough to make the All-Star team as it is, making the Western Conference team seems impossible at times. There’s always been a logjam of talent and that should be no different this year as long as everyone stays relatively healthy. Towns will have a lot of competition to make this year’s roster. In addition to talented centers like DeMarcus Cousins and Anthony Davis to worry about talented wings (Gordon Hayward) can also upset any All-Star bid.

Last season’s Western team featured three Warriors including Draymond Green. I believe Green will have a solid season, but Towns should build a considerably stronger case given his value to the Wolves. The reigning ROY had a historical debut season, posting an eye-popping 20 points and 11 rebounds per night while hitting 54-percent from the field and shooting 34-percent from three. Judging from everything we’ve seen from Towns since his time at Kentucky it’s clear he is aware of how good he is and how could he can still be. His numbers should improve in some form this season and should be good enough to nab his first of many All-Star appearances.

The Crystal Ball Says… The Wolves improve but miss the playoffs: No team just magically turns into a playoff team overnight, unless they sign LeBron James in the offseason. It took the Thunder three years from when they drafted Durant to make the playoffs. It took the Warriors four years from when they drafted Curry. This will be year three with Wiggins. One year of this core playing with each other should work out all the kinks. Building something special takes time. As Thibodeau even said, ”it’s like building a house. We’re still working on the foundation.”

Year one of the Thibodeau era will be ten times better than Sam Mitchell, Rick Adelman, and Kurt Rambis eras combined. It will be fun to watch and exciting to watch this team evolve into what the Thunder and Warriors turned into. Good times are ahead in Minnesota and they start this season.