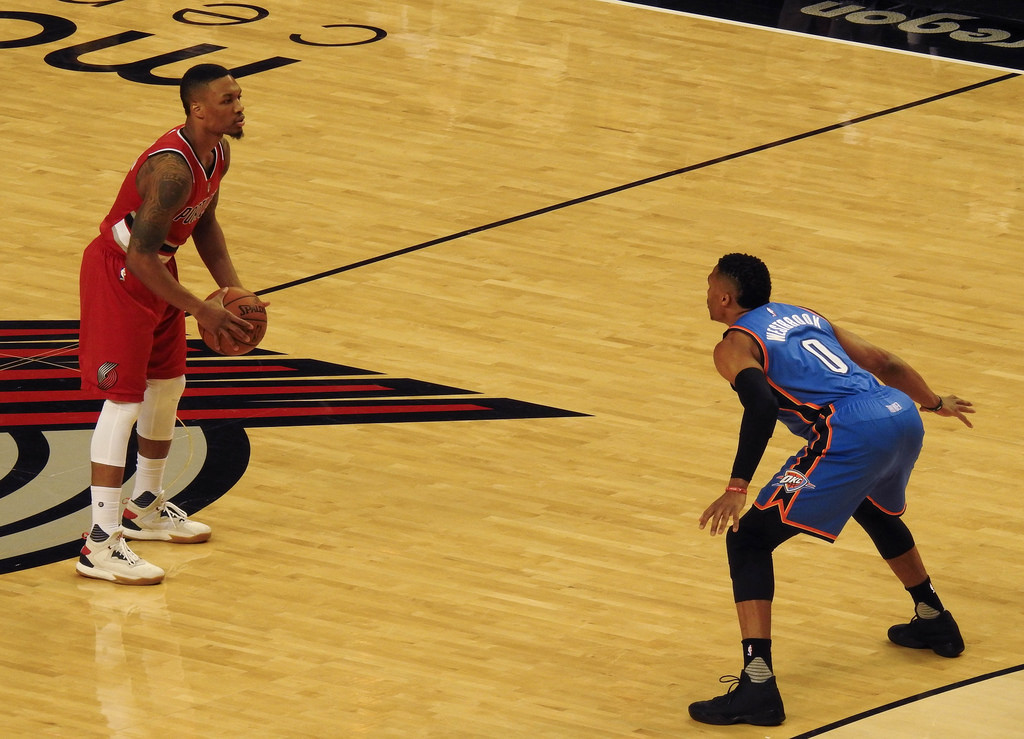 Presenting an NBA preview of the Portland Trail Blazers that looks at the potential highs and lows for this coming 2016-17 NBA season.

What’s Good… Damian Lillard is a franchise player, C.J. McCollum is an ideal number two option, and the emerging Allen Crabbe was retained in free agency (albeit at a crazy price, but hey, that’s the modern NBA market). The Blazers also brought in Festus Ezeli for big man depth and Evan Turner to bring an edge on the perimeter. Following a surprisingly successful 2015-16 season, the Portland Trail Blazers managed to bring back all of its important players and make some minor but potentially helpful additions. They also have a severely underrated head coach in Terry Stotts who seems to have a masterful understanding of how to lead Portland’s young locker room.

What’s Bad… I’m double-dipping a bit slightly here, but I’m not sure Turner fits in Portland. I mentioned him in the good section solely because the Blazers brought him in for a serious price and obviously value him highly. One could sensibly argue that having such a load of dollars dedicated to the Crabbe/Turner combination might not be the best course of action. Ezeli’s health is always an unknown. For all of Lillard’s prowess, he borders on being inefficient at times and he/McCollum aren’t exactly stellar defenders. While Portland has a slew of decent big man, no one is going to be blown away by anything Meyers Leonard, Ed Davis, or Mason Plumlee offer on a basketball court.

The X-Factor… Al-Farouq Aminu or Maurice Harkless are your classic x-factor sort of players. We received a glimpse of Aminu’s true skill set during last year’s NBA playoffs when he shined against the Golden State Warriors, and I give him a tiny edge in this category over Harkless. Aminu only shot 41.6 percent from the field in 2015-16, but he did crack the 10 points per game number for the first time in his career. His length and defensive ability are also critical aspects for Portland. I’m not sure where all the minutes go when it comes to Turner/Aminu/Harkless and beyond, but expect Aminu to subtly go about his business in his trademark behind the scenes manner.

Bet On… Crabbe expanding his role throughout the season. His shooting line percentages hovered around 46/39/87 during the 2015-16 campaign, but he only took 8.4 shots per contest. That was enough for 10.3 points a night on average. Now that Portland plucked Crabbe away from the grasps of the Brooklyn Nets and have agreed to give him $75 million over the course of four years, that shot total needs to be closer to the 13 range. His efficiency suggests he could handle the increase in touches. Beyond Crabbe having a larger role in Portland, you can also bet on Lillard continuing to grow as a leader and solidify his place as one of the NBA’s top point guards.

The Crystal Ball Reveals… A 46-36 record which lands the Blazers the fifth spot in the West for the second straight season and once again positions them to face the Warriors in the second round. I like the rise of the Blazers and respect the young talent present, but I can’t consider this team a formidable Western threat with Golden State constantly being a looming second round draw. Still, should Portland move up in the West and perhaps top 50 wins, Lillard could see himself navigating around the MVP race if he puts up the top season of his career.