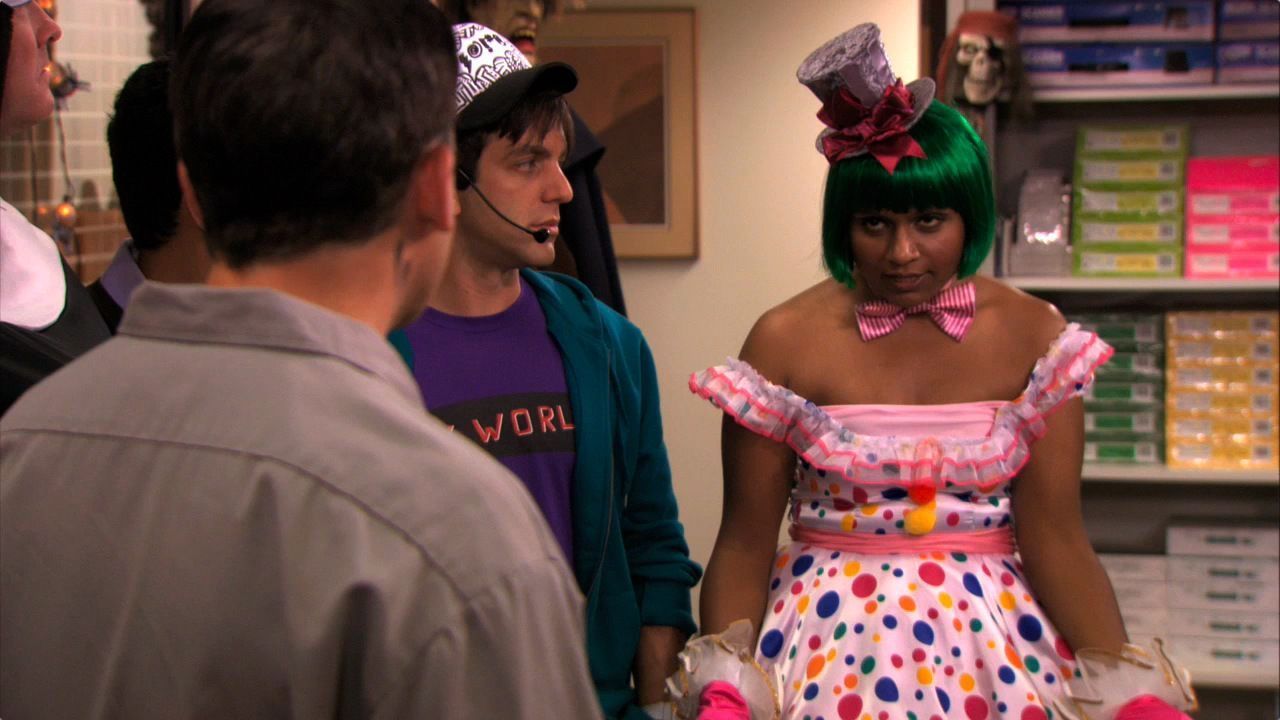 We’re celebrating Halloween every day in October by looking back at some of our favorite Halloween episodes. Today we’re looking at “Costume Contest” from The Office.

In this episode, Michael Scott finds out that Darryl Philbin went over his head. He feels insulted and blows the incident out of proportion, ruining an office party in Michael Scott style. Meanwhile, Pam Beesly finds out that Danny Cordray never called her back because he thought she seemed like a dork and Jim Halpert adorably cheers her up.

“Halloween should be a day in which we honor monsters and not be mad at each other.” – Michael Scott

As the title suggests, this episode is all about the costumes. Pam decides the prize for the costume contest will be a book of coupons and everyone in the office wants it. This causes people to get fiercely competitive over the costume contest. Kelly Kapoor and Angela Martin both change costumes partway through to increase their chances.  The one exception is Oscar Martinez, who repeatedly points out that the coupon book isn’t worth that much. Thanks to a flawed voting system, Oscar ends up winning the whole thing.

Oscar Martinez as a disco guy, then a rational consumer

Stanley Hudston as a samurai

Erin Hannon as a ghoul

Michael Scott as MacGruber, then Darryl

Dwight Schrute as The Scranton Strangler

Todd Packer as a pregnant nun

Toby Flenderson as a hobo

Angela Martin as a penguin, then a nurse

Creed Bratton as a mummy