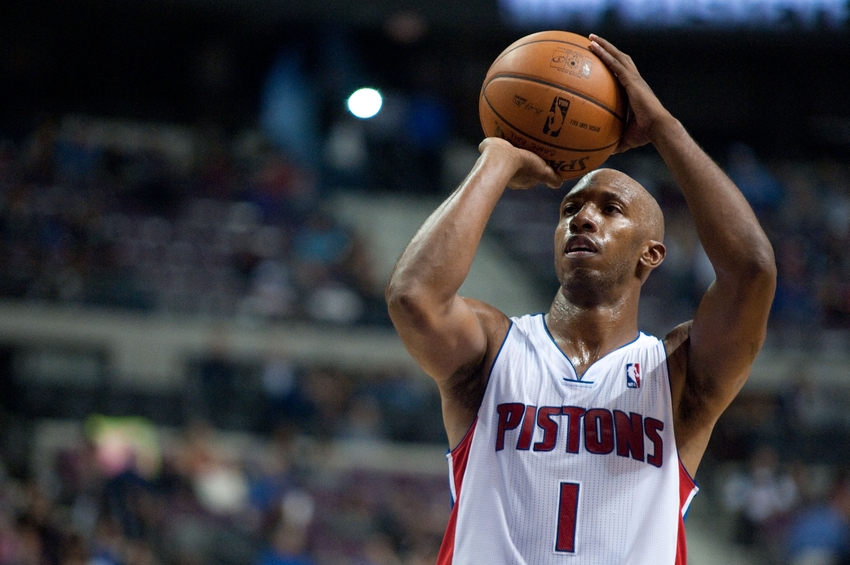 I have a soft spot for guys like Chauncey Billups. Billups never blew anyone away with his raw athleticism, nor has anybody ever really marveled at the skill he possessed the same way we did with his many of his contemporaries. What Billups brought to the table was a certain mentality, confidence, coolness – whatever you’d like to call it – that a smaller portion of NBA players possess than we probably realize. It’s a quality that is more valuable than most fans probably realize.

If you look at Billups’ career averages, or even the numbers that he posted in his most prolific statistical seasons (which are admittedly hardly prolific), you’re left underwhelmed. Billups was never the leading scorer on his own team (every Detroit season he finished second behind Richard Hamilton), only twice in his career did he average more than seven assists per game in a season, and he never shot over 45 percent at any point in his career. At his statistical peak, his numbers weren’t as impressive as any of the point guards that have already been featured on the list, and quite a few that weren’t featured at all. This is partly because the stylistic climate in Detroit didn’t allow for Billups to put up big time numbers. The Pistons were in the bottom five of the league in pace every season Billups was there, and they played the slower than any team in the NBA five times in that span. The opportunity to put up big numbers was non-existent. Then again, a slower pace doesn’t account for the curiously low shooting percentage.

As I’ve said before though, the numbers rarely tell the entire story when it comes to a players career. It’s particularly true for Billups; the stats you’d find in the traditional box score don’t stand out at all. If you dig deeper though, you can find some numbers that paint a much more accurate picture of what his career looked like, and why it was so noteworthy:

3: The number of times Billups was traded in his first three seasons in the league. How many other young players could have withstood that kind of instability and adversity early in their career and ended up alright? There isn’t another guy on this list that dealt with this sort of turbulence immediately upon the beginning of their career.

1,830: The number of three-pointers Billups made in his NBA career, currently tenth best on the all-time list.

92: The number of points Billups scored in the final three games of the 1st round of the 2003 Playoffs, leading the Pistons out of a 1-3 deficit against the 8th seeded Orlando Magic. 40 of those 92 came in Game 7.

43: The number of feet away from the basketball Billups was when he launched a just-inside-half-court heave against the New Jersey Nets in Game 5 of the Eastern Conference semi’s, a three-pointer that sent the game into overtime. This is one of my personal all-time “I remember where I was when this happened” games, because my hometown was under a tornado watch as it was going on.

7: The number of consecutive appearances in the Conference Finals, six with the Pistons and one with the Nuggets, a figure that has only been matched by Magic Johnson, Kareem Abdul-Jabbar, Michael Cooper and James Worthy since the NBA/ABA merger. LeBron James and James Jones have an opportunity to join this group next spring.

9: The number of consecutive seasons that Billups played for a 50-win team. Billups certainly wasn’t the sole reason why these teams were winning at a high rate; but he wasn’t not the reason, if that makes any sense.

1: The number of wins Chauncey Billups was from winning his second consecutive NBA Finals MVP in 2005. The only players to win back to back Finals MVP’s have been Michael Jordan, Hakeem Olajuwon, Shaquille O’Neal, Kobe Bryant and LeBron James. No, a second Finals MVP wouldn’t have put Billups on the same level historically as those five players, but it definitely puts him on a different level than which he’s on now. 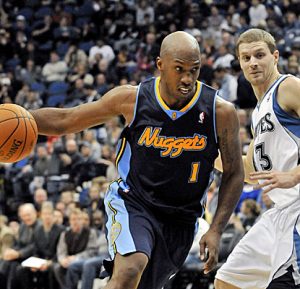 In some respect it’s unfair to suggest that one game keeps Billups from moving up eight to ten spots on this list. It also highlights just how crazy and irrational the collective NBA fan base, myself included, can be. But that’s just how it works. Billups, along with Andre Iguodala, who popped up on this list just the other day, are the two big outliers in terms on Finals MVP. Those titles, and that hardware, undoubtedly altered the overall perception of who they were as players, but I’d argue that they would each be criminally underappreciated if they didn’t win the Finals MVP.

If the ’04 Pistons didn’t upset the heavily favored Los Angeles Lakers, there likely wouldn’t have been an outpouring of stories about how Billups was a unifying force on every team he played on. His personality was infectious and it seeped into the foundation of whichever franchise he was on. In Detroit it was his quiet confidence, coolness in the clutch (which earned him the nickname Mr. Big Shot) and tenaciousness that set the tone for a team that needed to hit check marks in all of those categories because they were lacking so much in other areas. In Denver, it was his steadiness and professionalism that took a group of talented goons to the Conference Finals when they couldn’t get beyond Round 1 before him.

Not that it matters in the big picture, but the reason why I have a soft spot for guys like Chauncey Billups is because way back in the day when I was a starting point guard playing high school basketball, it was my belief that the impact I could have in terms of creating a positive team personality/culture both on and off the court was more vital than any that I could have using whatever basketball skill-set I worked at building over the years. Maybe at the high school level this mindset was a tad bit ambitious. Maybe I should have been more concerned about scoring twenty points per game than getting everyone their shots. Again, that doesn’t matter in the big picture, but it does explain why a guy like Billups appeals to me, and why he’s held in such high regard by many in the NBA community. His approach to the game transcended putting the ball in the basket, and that’s how it’s supposed to be.